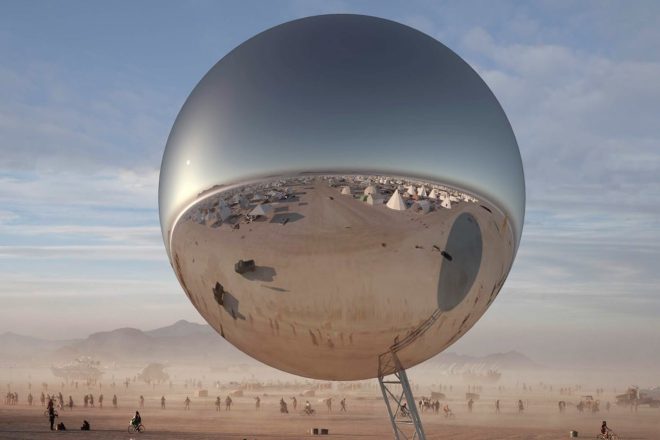 Burning Man is auctioning off some of its iconic artwork at Sotheby's New York.

The festival's organisers are auctioning off artwork with the aim to raise funds as cash runs low for the festival, with worries there may not be enough funds for the desert festival to run in 2022.

Read this next: Burning Man Virtual Director: "It's exciting to have a new way to connect to the global community"

In a feature called Boundless Space: The Possibilities of Burning Man, Burning Man announced the auction on September 30.

Boundless Space will use the funds earned to support participating artists, secure the nonprofit's long-term viability, and fund its Arts and Civic Engagement initiatives.

Some of the gigantic art floats and vehicles for which Burning Man is known, such as the Rocket Car by David Best, are among the highlights. The 40-foot-long 1973 Cadillac Sedan DeVille, which can seat up to 16 passengers, is likely to sell for $50,000.

Korins attempted to capture the essence of Burning Man's core concepts while installing the project.

Read this next: A Broadway musical based on Burning Man is out tomorrow

The goal of the Burning Man auction is to collect enough funds to keep the organisation afloat until January 2022, when tickets for the event go on sale. In September, Burning Man CEO Marian Goodell confirmed the organization's fragile financial situation.

She told Billboard: “We’re going to have to start selling tickets; otherwise, we don’t have enough money.”

“We have money to get to the end of the year barely. Like, barely literally. We don’t have December. The auction is going to be important.”

“Two years of not having our event has had a substantial financial impact,” Kim Cook, Burning Man Project’s director of creative initiatives, told Artnet News. “We have placed an emphasis on staff and knowledge retention—we have very seasoned people who build the city every year, so we’ve focused on not losing that very special set of skills and expertise.”

Burning Man festival describes themselves as “an annual experiment in a temporary community dedicated to radical self-expression and radical self-reliance.”

Burning Man will be held in the Black Rock Desert, 120 miles north of Reno, Nevada. The towns of Empire and Gerlach serve as “guardians of the desert region”.

To find out more about the exhibit and to see the full catalogue of artwork available for auction, visit the Sotheby's feature here.