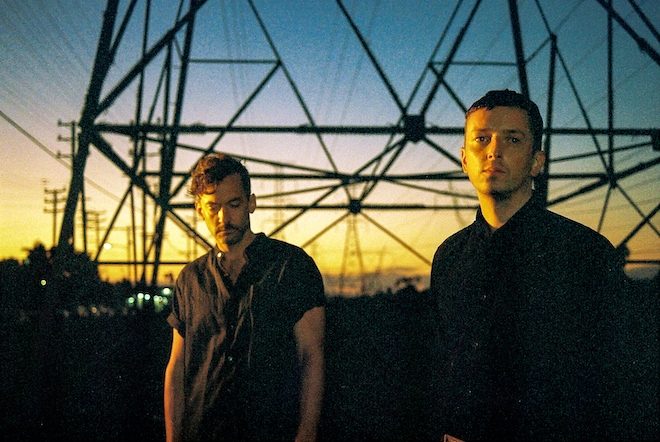 Bonobo and Totally Enormous Extinct Dinosaurs have teamed up for ‘Heartbreak’, a new 12” that will be released on November 13 via Bonobo’s new Outlier label.

A new video has also been released this week for ‘Heartbreak’ which draws inspiration from the 90s era of UK rave. The track itself is an ode to New York’s disco scene, sampling Christine Wiltshire’s line “I can’t take the heartbreak” in ‘Weekend’ by Class Action.

Read this next: History revision: the art of the disco edit

The vinyl 12” will have liner notes written by Tim Lawrence, author of ‘Love Saves The Day: A History of American Dance Music Culture 1970-1979’, providing the history, evolution and impact of ‘Weekend’ on electronic music.

TEED, or Orlando Higginbottom, has said, ‘Now more than ever it feels important to be putting out dance music with deliberate acknowledgement of its history.’

Outlier as a label began as an event series launched at New York’s Output club and festival stage takeovers. The label is intended to ‘reflect the more club focused side of what I’m building’, says Bonobo.

Watch the video for ‘Heartbreak’ below and preorder the vinyl here.