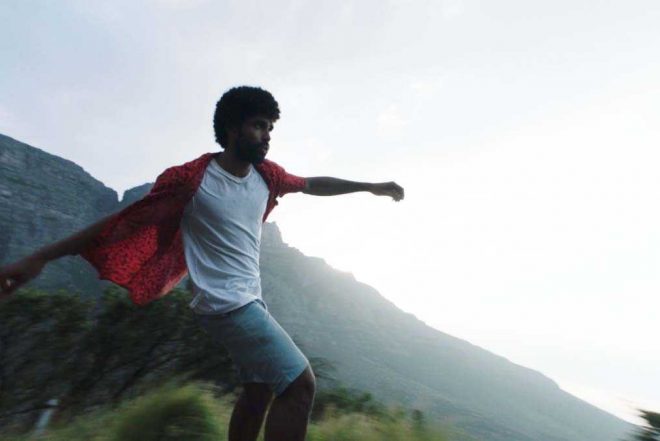 Bonobo has shared his first official music video from the forthcoming LP, ‘Fragments’.

The visual accompanies his latest single released earlier this month, ‘Otomo’, the third new track teased by the artist from his upcoming record - set for release on January 14.

‘Fragments’ will be Bonobo’s first new LP in over four years. Coming via Ninja Tune in the New Year, the producer created this record alone during lockdown with a renewed passion for club music and packed-out crowds.

“I remembered all over again how much I loved crowds and movement and people connecting with each other,” he said on the new record.

Read this next: Bonobo is dropping first album in four years, 'Fragments'

The record will feature a handful of new collaborations from Joji, Jordan Rakei, Jamila Woods, and Kadjha Bonet. ‘Otomo’, his latest release, is accompanied by vocals from O’Flynn.

A visual for the new track dropped today directed by Dave Bullivant - a trippy, dizzying 360-degree video taken by rollerskater Harrison Peterkin as he blades through woodland, parks, and cityscapes.

“Been playing this one out all summer. Feels great to finally get it out there,” Bonobo - real name Simon Green - said on the new track after its release.

Read this next: 10 iconic Bonobo moments

The first track released for ‘Fragments’ came in October just after the announcement of his new LP and world tour, which is set to begin in February and see the producer visit North America and Europe over the course of two months.

‘Rosewood’ and ‘Tides’ were both released shortly after, while an altered version of the latter was released just this week. “I made this alternative version of ‘Tides’ to celebrate a month since the release,” Green said on Twitter.

I made this alternative version of Tides to celebrate a month since the release.
My incredibly talented friend @benjaminhardman has shot some beautiful footage for it.
This is a more sparse, orchestral take on the original that focuses on what I think is the essence of the song. pic.twitter.com/RqFcwIg5VZ

“My incredibly talented friend Benjamin Hardman has shot some beautiful footage for it. This is a more sparse, orchestral take on the original that focuses on what I think is the essence of the song.”

Watch the new visual for 'Otomo' below, and find tickets to Bonobo's UK tour here, and the full tour here.