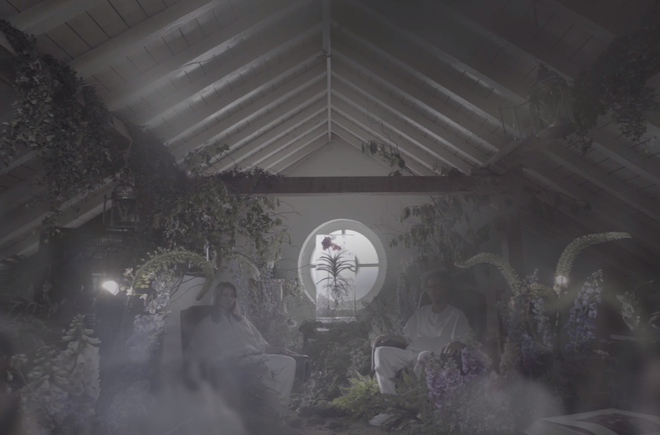 BON have announced their forthcoming visual album ‘Pantheon’. It will be available via Spatial Awareness on September 10.

BON comprises Yerosha Windrich and Alex Morris. ‘Pantheon’ will be released as a visual album dedicated to nature. Glitching between altered perceptions and internal worlds, it speaks to a desire to make sense of the world around us.

Read this next: Listen to an ambient playlist curated by Nous Alpha

The first track to be released from ‘Pantheon’ is ‘Veritas’, an atmospheric ambient track that lulls and calms as it moves through its motions.

Windrich and Morris have said on the album, “We wanted to create a record using samples from recordings we created ourselves that were calm, romantic and had a natural, timeless feel. Something weathered and low-fi, but Hi-Fi and complete all at the same time. Something with the spirit of a well-loved worn-out cassette but using cutting edge production techniques.

“Hiss, noise and distortion are all treated here as instruments in these compositions. Asking the questions, ‘what is quality, perfection and character and what do these words mean to us?’ We took our own recordings and manipulated them, letting them evolve through the technology, reflecting the cyclical and evolutionary nature of all creative processes.”

Watch the video for ‘Veritas’ below and preorder ‘Pantheon’ here.

Read this next: Karen Nyame KG: “I tell my story to highlight how progressive the music industry has become”
Load the next article