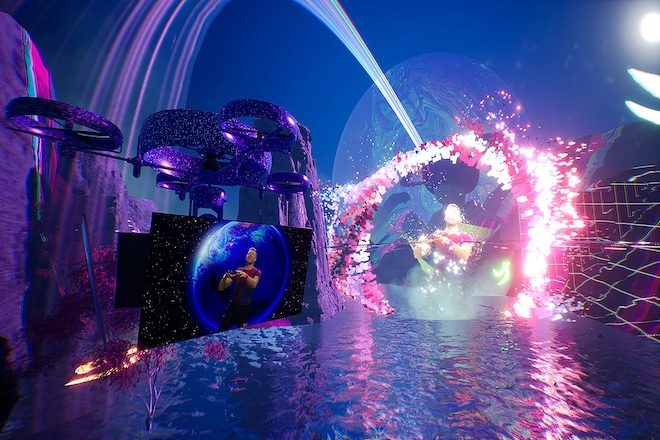 BMW has announced JOYTOPIA, a new streaming platform, which launched with an exclusive performance from Coldplay to mark the creation of a new metaverse. Watch it here.

Fans were able to create avatars to watch the show, with the characters able to dance and crowd surf, as well as being able to see the band play from a number of different angles and get close to the stage.

Read this next: You can now join the virtual dancefloor in Fractal Fantasy's new club simulator

The band played four of their tracks, including ‘Higher Power’, with the event available for live streaming and playback after taking place on September 5. It was held two days before the IAA Mobility International motor show, which starts today in Munich, and ends on September 12.

Speaking about the new platform, Stefan Ponikva, Vice President of Brand Communication and Brand Experience said: “With JOYTOPIA we have created our own metaverse. This sees us responding to the demand from our customers for individualised experiences in the digital space,”

Read this next: Beatport is the first digital music retailer to accept bitcoin

Ponikva continued: “We want to open up a new dialogue with audiences that shifts the status quo from brand interpretation to user interpretation. JOYTOPIA is a quantum leap for the digital world.”

Check it out here: joytopia.com.