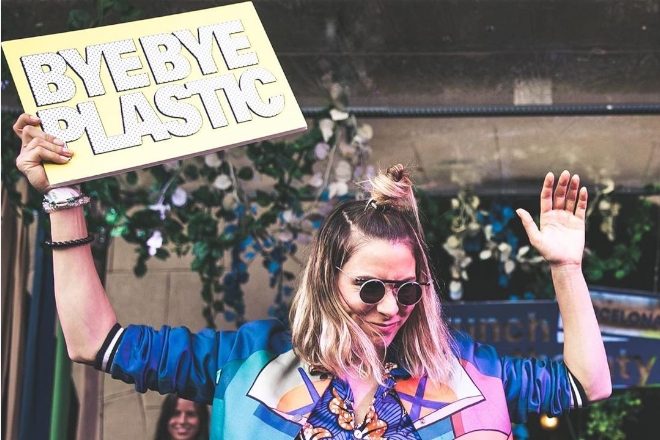 The artist, also known as Vivie-Ann Bakos, and her scheme aim to end the use of single-use plastics in the electronic music industry by 2025.

Read this next: We went on the road with techno duo Blond:ish


In the video, she explains how performing at Brazil's Warung Beach Club and seeing the contrast between the stunning sunrise and a "mountain of waterbottles" urged her to take action.

The video was directed by Jonathan Hyde, who first worked with Bakos 15 years ago in Montreal.

Read this next: 'Climate strike' just got crowned 2019 word of the year


Check out 'Bye Bye Plastic' below, and head to the initiative's Instagram page for more information about Bakos' mission.