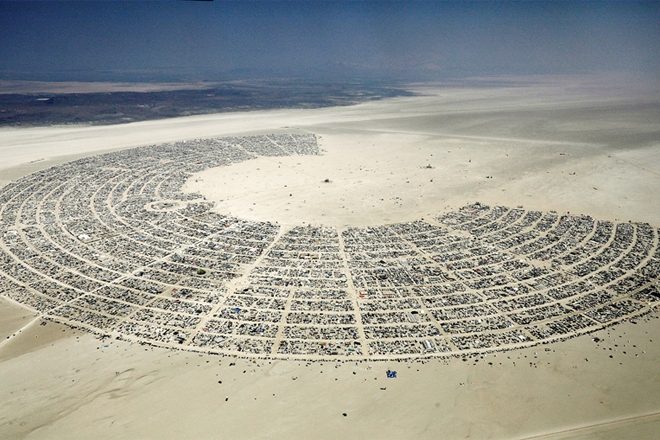 The Nevada branch of the Bureau of Land Management (BLM) has sent forth a 372-page proposal that reviews the potential "environmental, social, and economic consequences" of the world-famous Burning Man festival.

The BLM, which administers the Black Rock Desert where the weeklong event has taken place since 1990, has blindsided the festival's organizers with this "untenable" scheme which was sent to them after they filed their request for a new 10-year permit that gives them access to "the playa".

The two-volume Draft Environmental Impact Statement sent over by the BLM asks for a major overhaul of the festival's setup and overall operation. These changes address trash build-up, air and light pollution, the safety of migratory birds and more. Burning Man replied to the proposal with a statement, saying many of these changes are "in direct conflict with the Burning Man community’s core principles" and "would forever negatively change the fabric of the Burning Man event, if not outright kill it".

One striking proposal included on the BLM's assertion that is in line with one of the Trump Administration's calling cards is the construction of a 10-mile, 19,000,000-pound concrete wall around the Black Rock City perimeter fence. According to the BLM, these hardened physical barriers (such as jersey barriers or K-rail fencing) would "reduce the risk of vehicle entry through perimeter fencing" and "enhance site security, define the event site, and prevent windblown trash from leaving the site".

Burning Man has called this wall "logistically onerous, environmentally irresponsible, unnecessarily redundant, prohibitively expensive". Despite the fact that an event perimeter has been effectively established and maintained with a temporary and wind-permeable barrier (also known as the trash fence), the event claims these physical barriers would result in 10 miles of dunes that would "need to be remediated with heavy machinery" and would be less effective at catching trash then the fence that is installed every year.

Regarding trash clean-up, Burning Man and its community has always embraced a "leave no trace" policy that has successfully encouraged attendees to clean up after themselves - a core part of the Burning Man ethos. The BLM's proposal wants to surround Black Rock City with dumpsters along portions of the travel route and within the festival itself, an idea that may put that ethos at risk and bring a sense of lessened civic responsibility to the festival.

If adopted, the Environmental Impact Statement would allow the federal government to oversee areas of Black Rock City's operations and force Burning Man to pay for private security and maintenance of County Road 34 which leads into the festival. "We know of no other instance in the United States where a private entity is required by the federal government to pay for maintenance of a public county road that is also used year-round by residents, tourists, and businesses", said Burning Man organizers.

These recommended "monitoring" and “mitigation” proposals would come out to nearly $20 million per year. This would raise the price of a Burning Man ticket to approximately $286 per person - an awkward proposal for an event that recently claimed in wanted to eliminate luxury camps.

Burners are pushing back on the proposal by submitting comments on the BLM's proposal online. In order to make sure these comments are as effective and substantive as possible, the Burning Man Project has created a guide to help. All comments must be submitted before April 29, 2019.

Burning man unveils shrine-inspired temple design for 2019
The Burning Man dictionary: Playa vernacular that we need to know
Our favorite photos from the history of Burning Man