Ever overheard your Burning Man friends yammering on about their transcendent experience, sometimes throwing around an unfamiliar patois that makes the conversation virtually impossible to follow? Now’s your chance to familiarize yourself with the Burning Man vernacular—an established lexicon that is so ingrained in the global “Burner” community that it’s a wonder these phrases haven’t been acquired by Merriam-Webster yet. Though there are far more words and phrases than those listed below, these are some of our favorites.

Conical whirlwinds comprised of dust that are formed when a pocket of hot air near the ground rises quickly through the cooler air above it. They range in size from small to large and are believed by the Paiute people to be the spirits of their ancestors making the term “dust devil” offensive to them. 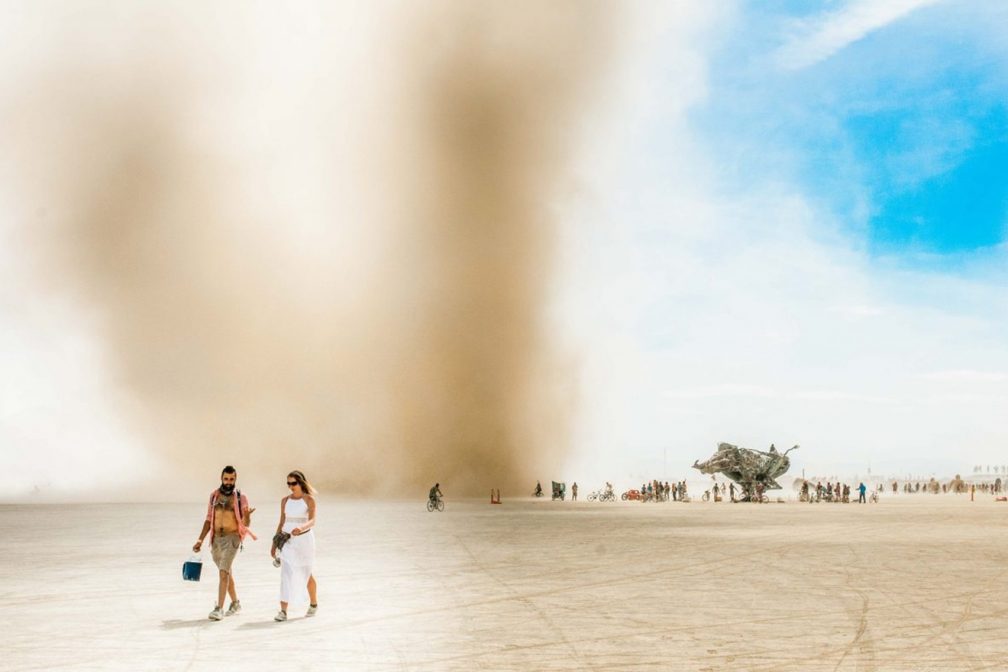 Described by Harvey as “sublimely beautiful works of art floating across the Playa like a Miro painting,” art cars are exquisitely modified and decorated vehicles that have become a cornerstone of the Burning Man experience. Art bikes are similar, only (quite obviously) are modified bicycles. 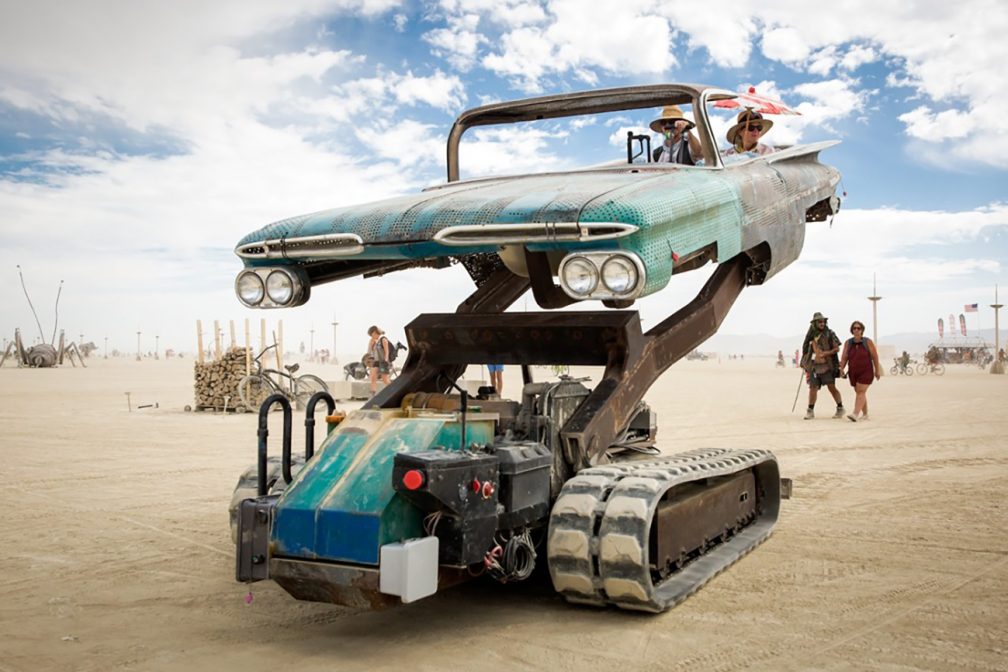 The ephemeral metropolis that is erected in the Black Rock Desert for the annual Burning Man event. Black Rock City, LLC was founded by Larry Harvey and Jerry James on February 4, 1999.

A Burning Man devotee who not only adopts Harvey’s 10 Principles at the event itself, but also as an ongoing lifestyle.

The process of collecting valuable, unused supplies—such as water, bacon, toilet paper, cannabis, booze and other party favors from departing attendees—and distributing them to the teardown and clean up teams.

Those who walk or bike on the playa at night without proper illumination (such as EL wire or headlamps) on the front and back of his or her person and/or bicycle. 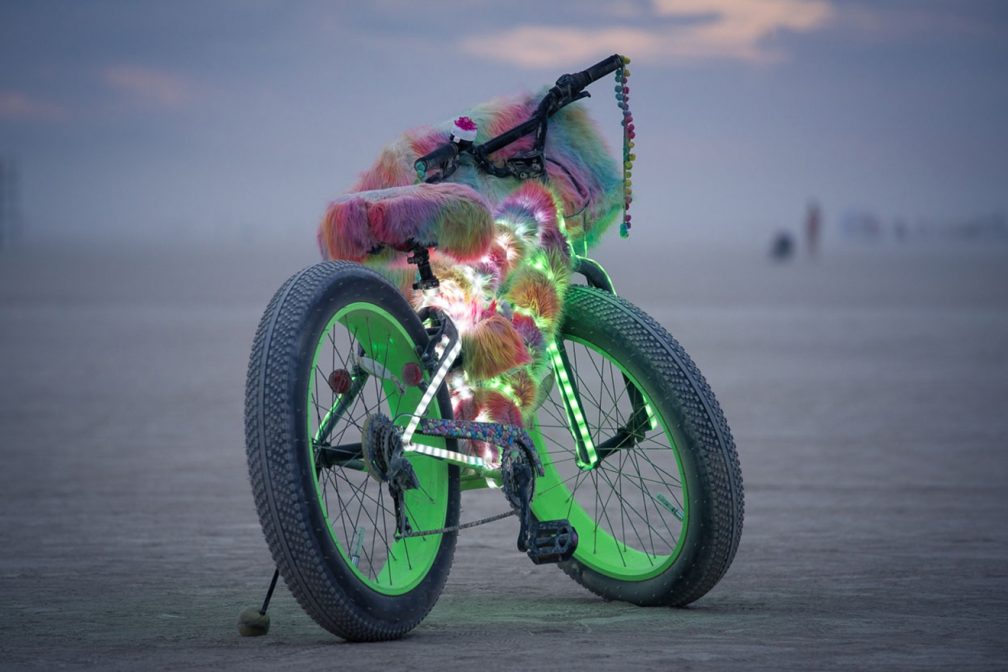 The rest of the world that surrounds Black Rock City; known by outsiders as “the real world."

Yes, even Burning Man has a DMV. All attending art cars must gain the proper approval and accreditation at the Department of Mutant Vehicles before entering the event. 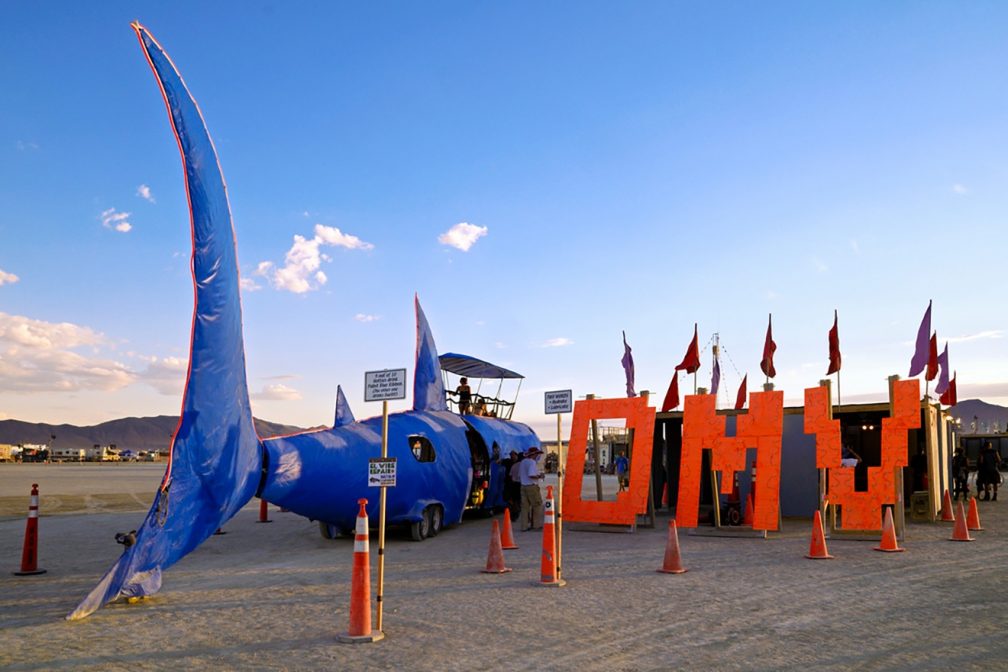 A common misconception, many think that Burning Man is a bartering economy but it is actually a gifting economy. One of Harvey’s core principles, it is the act of giving an item or service to another attendee without the expectation of receiving something in return. Everything—from cocktails to dim sum—is gifted on the playa and the only things that can be purchased with currency are ice and coffee.

An urban legend about a man-cow who mysteriously appeared at sunrise on the morning of the man-burn, offering coffee and asking participants, “do you want cream or sugar?”

A participant who aimlessly ambles around the playa in a dreamlike state and sometimes lingers long after the event has ended. 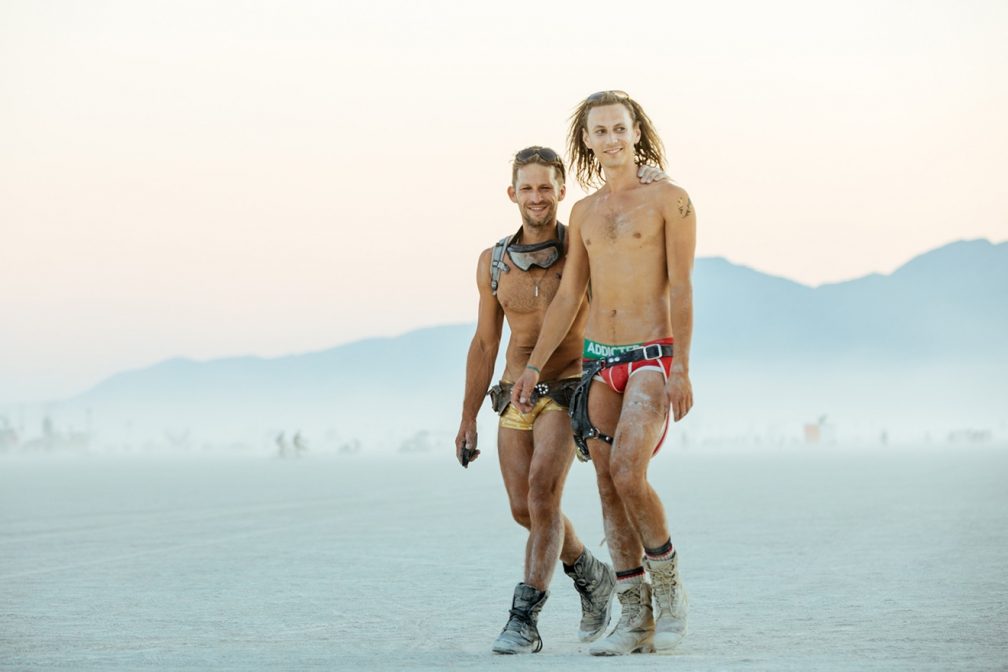 An acronym for “matter out of place,” MOOP isn’t just trash but also discarded items that aren’t native to the playa. Even organic matter like water, orange peels, food scraps and human waste are considered MOOP.

Small to medium sized globules that are formed in the nose by a combination of playa dust (see below) and nasal mucus.

"Items that are acquired via ground score and/or gifting.

The ivory glaze of playa dust that eventually coats every item one brings to Burning Man.

The Spanish word for “beach” and also the term designated to the remains of a dried lakebed which is what Black Rock City sits upon, hence becoming an endearing nickname. 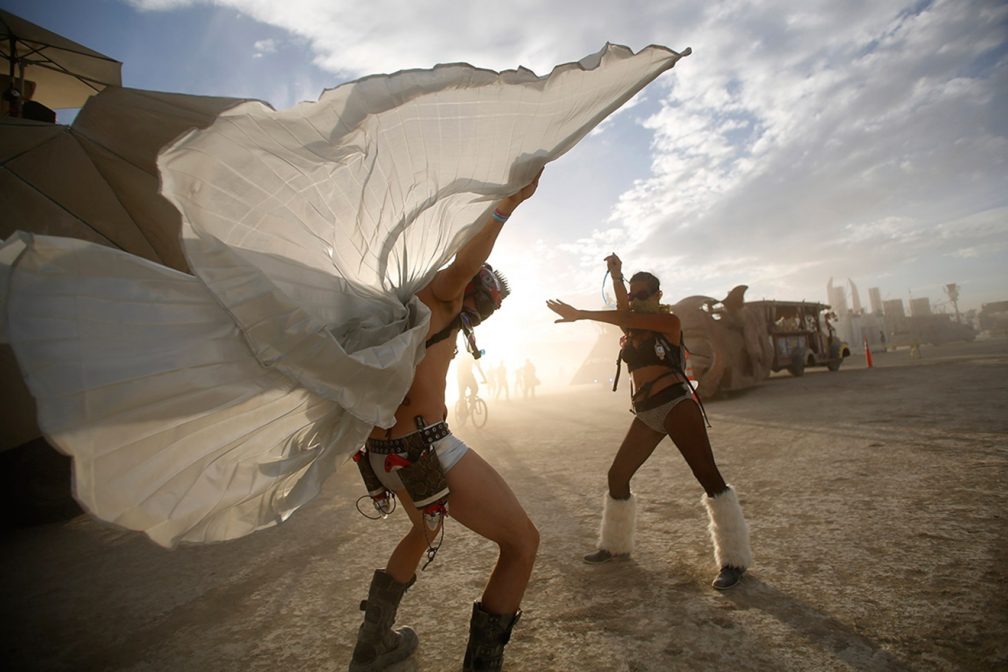 A playa myth about a species of vicious, carnivorous chickens which allegedly live in the Black Rock Desert and are often used as scapegoats for otherwise inexplicable occurrences. Can’t find your boyfriend? Blame the playa chicken.

What we now know as the Black Rock Desert is actually the prehistoric lakebed of Lake Lahontan. What remains is a fine, dried silt that is so high in alkaline pH, it is corrosive. Likened more to flour than dirt, playa dust is so pervasive that no nook, cranny or otherwise can escape its touch.

A common skin condition that affects the feet and hands and can be prevented by simply wearing shoes. Caused by prolonged exposure to the alkaline dust, the skin becomes dry and cracked and sometimes lasts for weeks after the event. Playa foot/hand can be treated with a mild acid solution such as vinegar diluted with water or lime juice, followed by a healthy slathering of moisturizer.

The slow process of one’s possessions becoming coated in a fine platina after years of exposure to playa dust which often remains beyond the Burn and follows participants into the default world.

Twinges of discomfort felt in the mind, body and spirit after returning to the default world from Burning Man. The several regional Burning Man decompression parties that take place following the event are organized to remedy these so-called reality bends. 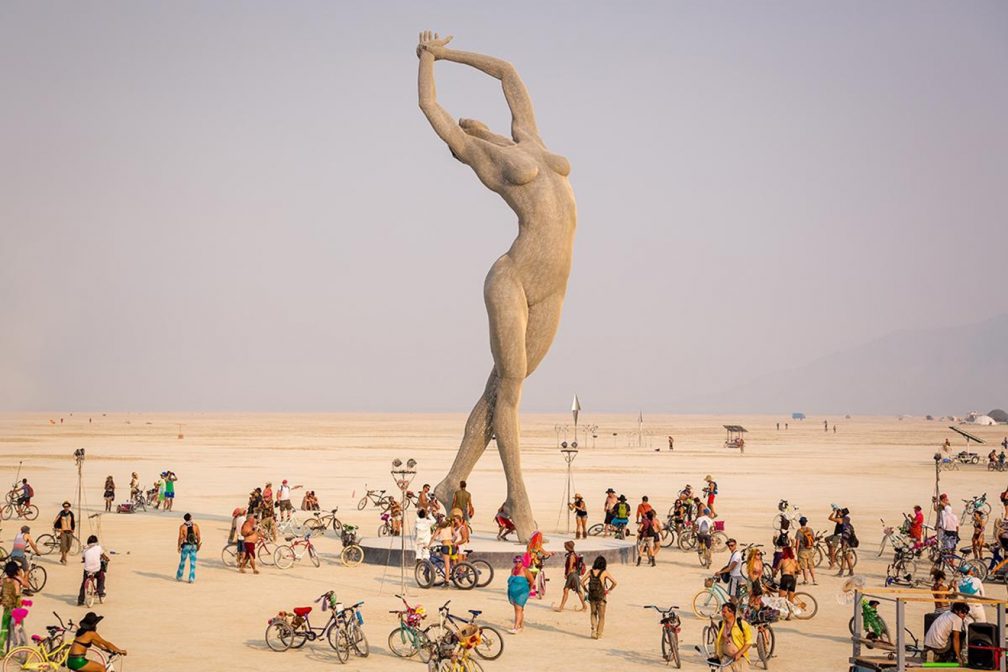 A faction of Burners, usually men, who go nude only from the waist down.

A derogatory term for a non-participatory attendee who does not follow the Burning Man principles of gifting, communal effort and radical self-reliance. Though often attractive and fashionably dressed, sparkleponies bring nothing to gift, don’t help build or breakdown, and rely on the resources of others to survive and facilitate their experience, believing all they need to contribute are their good looks and sparkling personalities.

A fence that demarcates the outermost boundary of Black Rock City and catches any scraps of MOOP that may fly into the desert that lies beyond. Also known for the ongoing Burning Man rumor/gag that Daft Punk is playing at the trash fence.