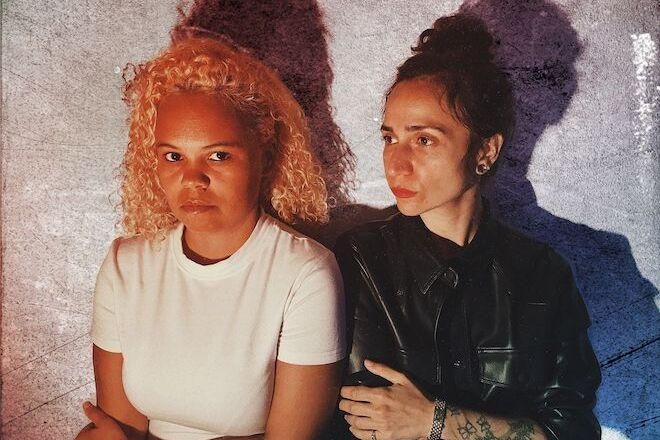 The compilation is ‘loaded with Dance Mania-influenced belters’ which orbit the realms of Chicago and Detroit.

Read this next: Floorplan set to drop another two-track project on classic next month

On the release, the pair say: “With Dance Mania-style records being a massive staple in our sets, we felt it was high time to release this lockdown passion project referencing that iconic, stripped-down '80s Chicago house sound."

"We've intertwined jacking, accelerated rhythms with rich percussion, injected gritty, sci-fi inspired melodies, and topped it all off with various iterations of the 303. Tried and tested over the past year or so, the word on the street is that these are top-shelf party starters."

"We're incredibly happy that this is out on Balkan Vinyl, a solid label with a never-ending catalogue of proper spicy bangers.”

After almost a decade on the scene, the pair continuously thrive in culminating their off-the-wall sound.

‘777 Squadron’ follows on from the release of singles ‘Robotnik’ and ‘Galaxion’ and their EP ‘HALLUCIN8’ earlier this year.

These releases, amongst others, span across the spectrum of self-releases alongside other labels such as Symbolism, EI8HT and System Records. Next week’s release, however, is BLACK GIRL / WHITE GIRL‘s debut on Balkan Vinyl.

Read this next: Exploring the nostalgic treasures of the rave archive

You can get ‘777 Squadron’ on Bandcamp alongside the limited vinyl presses. Pre order it here.

3. Freaqs In The Dark (Original Mix)

Read this next: A new exhibition is exploring house music in Coventry