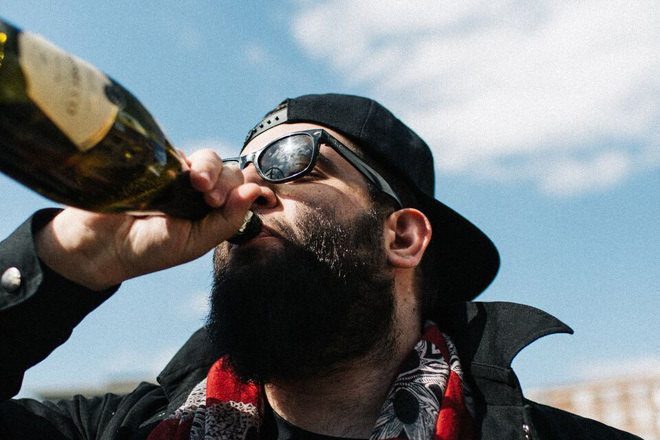 Big Dope P likes his music to be muscular and pretty bonkers.

The Moveltraxx boss, originating from Paris but now based in London, has dealt out a series of heavy-hitters since 2009, one being last year's 'Hit Da Blokk'. As hyperactive as a kid after eating a pack of Skittles, it's a prime example of the no-limits tracks he makes.

He's usually in good company on his releases, too. The 'Hit Da Blokk' EP had remixes from Rustie, Chicago footwork producer DJ Earl and Ikonika, while Maya Jane Coles and Kaytranada were pulled in for remixes on the 'Diggity Two' EP in 2013.

Dope P's next release is 'Off Da Bottle', a super zany, all-over-the-place track, on London label Local Action. It's a fine pairing as LA's refusal to restrict itself to one genre resembles Dope P's extreme lack of restrictions on his output.

DJ Sliink, another producer and DJ known for sweat-inducing workouts like this, gets on the remix of 'Off Da Bottle' and "re-works the track as only he can," Local Action says. Maintaining the eccentricities of the original, Sliink injects it with an explosive burst of power to create one insane club track.

The artwork for 'Off Da Bottle' was designed by French streetwear brand WRUNG and the EP is released via Local Action on June 17, with another remix from Sudanim. Pre-order it here