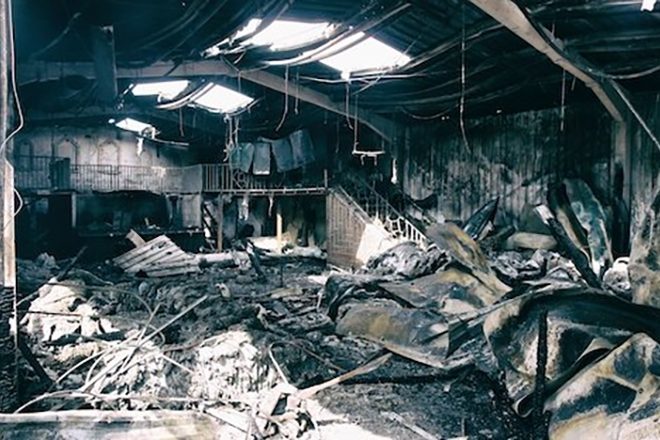 The entire indoor area of Berlin club [ipsə] has been completely destroyed in an arson attack.

Berlin’s fire department said the blaze, which started around 5:AM on April 27, spread across 400 square metres. One firefighter was injured while tackling the flames and taken to hospital.

[ipsə] has released a statement on Facebook about the incident, writing: “As police confirmed today, IPSE was the victim of arson, leading to the complete destruction of the entire indoor area and parts of the outdoor area. We are still speechless.

“Standing in the ruins of what dozens of people put years of energy and passion into is almost excruciating - and it is unbearable to imagine that this happened purposefully. And to make it worse: Due to the specific situation insurance companies won't compensate the damage to our entire inventory, including the technical equipment.

“There is no right moment for this - but it couldn't be worse right now. In addition to our ongoing costs, we are now facing additional costs and will not have any revenue in the upcoming weeks / months to pay for the restoration of the club or wages of the team."

Read this next: Meet the resident DJs at the heart of Berlin's club scene

The club, which is on the same canal as Club der Visionaere which was also damaged in a fire last summer, has set up a crowdfunding campaign to aid its rebuild. Donate here.