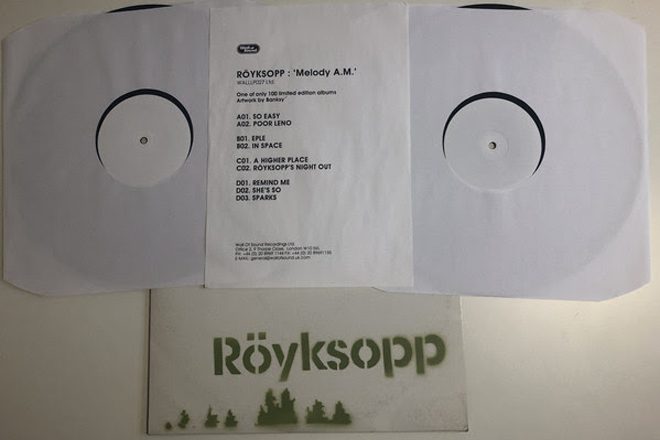 The highest price ever paid for a rare Röyksopp record painted by Banksy on Discogs Marketplace has been topped after a copy sold for $8,178 US dollars in July, equivalent to £6,634.16.

The Banksy spray painted run of the Norwegian duo’s 2002 album ‘Melody A.M.’ was limited to 100 copies. Another copy of the record previously sold for $6,962 in May.

Also featuring in the top 30 most expensive records sold on Discogs in July are rare box sets from Led Zeppelin and Pet Shop Boys, and a David Bowie 7 inch single.

Banksy-painted Röyksopp album sells for $6962 on Discogs
Iconic Banksy artwork sells for over £1 million, immediately self-destructs
Unexpected Banksy on garage wall sold for a six
Get the best of Mixmag direct to your Facebook DMs