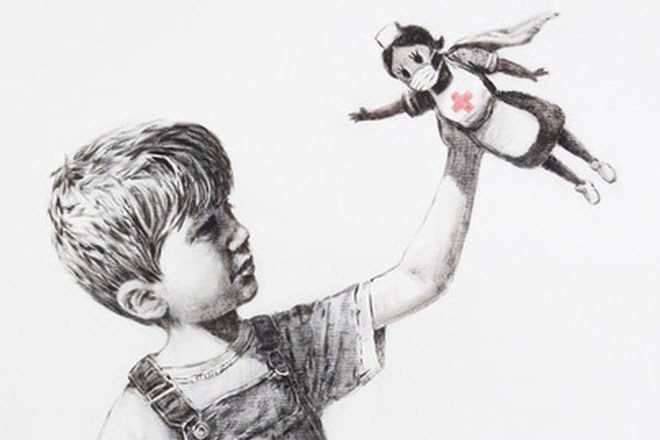 Banksy's painting of a child playing with a NHS nurse superhero toy has set a record for the artist by selling at auction for £16.7m.

Game Changer was a gift from Banksy to Southampton general hospital. He delivered the artwork last summer with a note that said “thanks for all you’re doing. I hope this brightens the place up a bit, even if it’s only black and white.”

The painting hung in the hospital until it was decided to auction the work in order to raise money for health charities during the pandemic. A copy now hangs in its place.

Game Changer was sold at Christies after what's reported to be "lengthy" internet and phone bidding. The work was estimated at £2.3m-3.5m but went for £14.4m, with the figure hitting £16.7m after fees.

Proceeds will go to UK health organisations and charities that enhance the care and treatment provided by the NHS. A large portion of the buyer's premium will also be donated.

David French, interim chief executive officer of University Hospital Southampton Trust, said: “This incredible gift will be invaluable in helping us to focus on promoting and protecting the welfare of our staff as they heal and recover from the last year.

“As a charitable gift it ensures our staff have a say in how money is spent to benefit them, our patients and our community and is a fantastic way to thank and reward them for the sacrifices they’ve made.”

Banksy's previous record is £9.9m, set by Devolved Parliament in 2019.

Read this next: Banksy is offering free art to people voting against the Tories 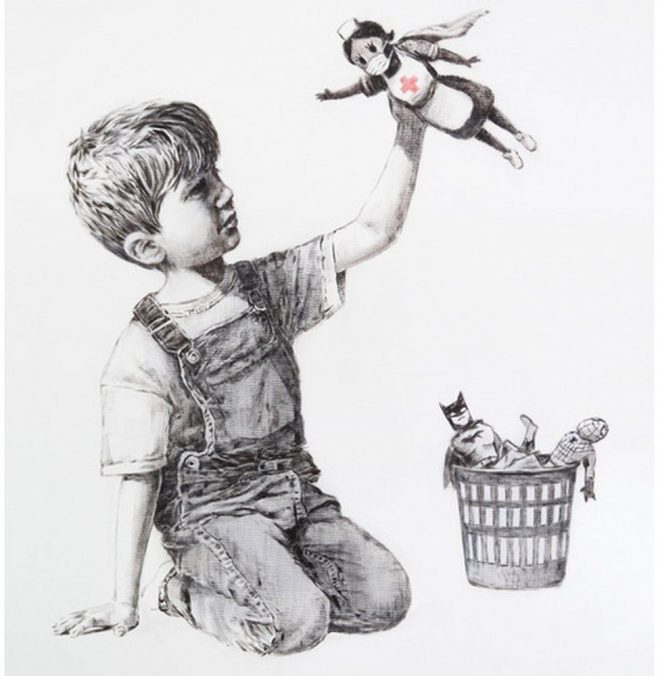