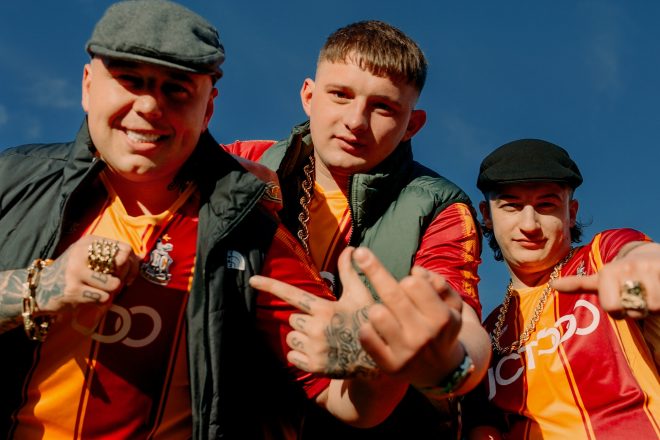 Bad Boy Chill Crew have set their sights on reworking Elton John’s 1979 classic, ‘Are You Ready For Love’.

In an interview with NME, the Bradford bassline trio said that they have high hopes to work with the pop star at some point in their career, with a plan to remix Elton’s hit song if he gives them his permission.

BBCC member Kane Welsh said, “tell Elton John that if he clears the ‘Are You Ready For Love’ vocals, we’ll remix it, we’d collaborate with him and make a proper banger.”

Read this next: Bad Boy Chiller Crew: The rowdy Bradford rappers are taking bassline to the masses

Elton has not commented on the singers’ ambitious request as of now. While the comedy trio has yet to work with anyone on the larger end of pop stardom such as Elton, they’re hoping for the 74-year-old singer to accept their bassline remix request.

Meanwhile, the crew are readying up for their own spot on ITV2 where they’ll star in a six-part series, following all three MC’s Kane, GK, and Clive on their journey to musical and comical stardom.

Read this next: Listen to a playlist of Bad Boy Chiller Crew's favourite bassline bangers

The show is said to “spotlight on their music, their fans, their friendship but also their lives back home as they juggle fame with sticking to their roots. The in-your-face six-parter will be as provocative and noisy as it is mischievous and joyous.”

In July, Kane told Mixmag: “we consider ourselves more serious now”. He adds, “We still do the funny stuff, but we can do both.

"We aren't bothered what people think,” he says, before GK chips in, "we're like a PG Jackass. It's an all-around entertainment package, that's what we are.”