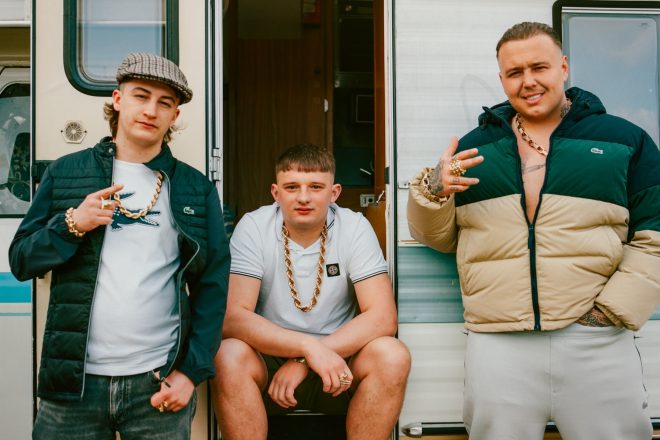 Bad Boy Chiller Crew are set to star in a six-episode ITV series.

The “observational comedy” is said to follow the Bradford trio on their journey “from hometown heroes to the country’s next big thing”.

Bringing the new series to ITV2 and ITV Hub, Rogo Productions is a new company set to produce six 45-minute episodes around the Yorkshire-based rap and bassline collective.

The trio rose to fame following their comedic social media presence, building characters around their music. The three MC’s, Kane, GK, and Clive, all previously worked in day jobs at warehouses - while GK worked as an ice cream man before their time in the spotlight.

Read this next: Bad Boy Chiller Crew: The rowdy Bradford rappers taking bassline to the masses

The new series will document their biggest summer to date with a slot at Reading and Leeds Festivals, where the trio caused havoc over the weekend on the BBC Radio 1 Dance Stage.

According to ITV, the series will “spotlight on their music, their fans, their friendship but also their lives back home as they juggle fame with sticking to their roots. The in-your-face six-parter will be as provocative and noisy as it is mischievous and joyous.”

As the Northerners enjoy newfound fame and experience touring for the first time, they’ve also recently signed to Relentless Records - where Headie One and Bryson Tiller are also on the roster - and have garnered over 30 million streams on Spotify.

Read this next: Listen to a playlist of Bad Boy Chiller Crew's favourite bassline bangers

Executive producers Nat Hill and Howard Cohen said that the series will “shine a light on the comradery, talent and lives of these Bradford born and bred rappers.

“They have been described by their own entourage as a ‘working-class triumph’ and this series will follow how they juggle fame with sticking to their roots,” they added.