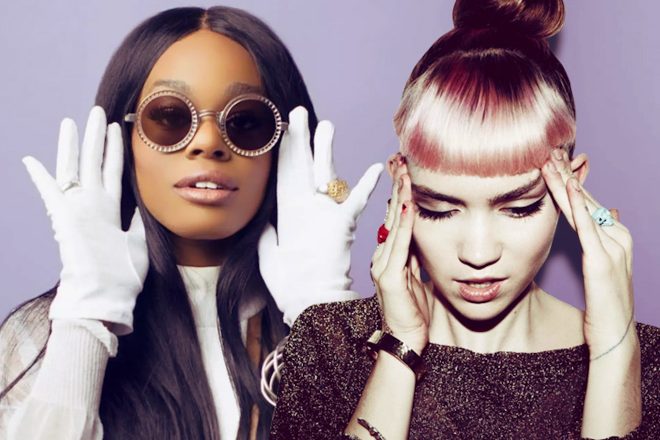 American singer, songwriter Azealia Banks has recently shared some intriguing news that she's been staying at Elon Musk's home "for days" in order to cross paths with Grimes, as she wants to work on a new song with the versatile artist.

Earlier this year Azealia Banks reported that she had plans to finish a track with Grimes that was set to be included on her next album 'Fantasea II: The Second Wave'. She shared her excitement via Twitter: “All the songs are finished except Lorelei and Grimes song. I have a session next week with Alex Carapetis to lock Lorelei down. Then I go to LA to finish Grimes.... Damn there’s some heat.”

Now it seems as Azealia is having trouble locking down studio time with Grimes. Sharing the news via her Instagram Story, Azealia revealed that she's camping out at Grimes' boyrfriend Elon Musk's house for an extended period of time in order to get in touch with the artist: “Literally been sitting at Elon Musk’s house alone for days waiting for Grimes to show up and start these sessions. I have no idea when she is coming back. I’m going to wait one more day then I’m going to go home.”

In the past Azealia's been known to be a controversial figure, having been forced to apologize for a Twitter outburst in 2016 and subsequently quitting social media just a few months later. During this time Rinse FM pulled her from the line-up for its Born & Bred Festival, which was a result of her derogatory remarks about Zayn Malik.

It's not yet clear if Azealia will get in the studio with Grimes any time soon. Her most recent work includes two singles, 'Anna Wintour' and 'Treasure Island'.