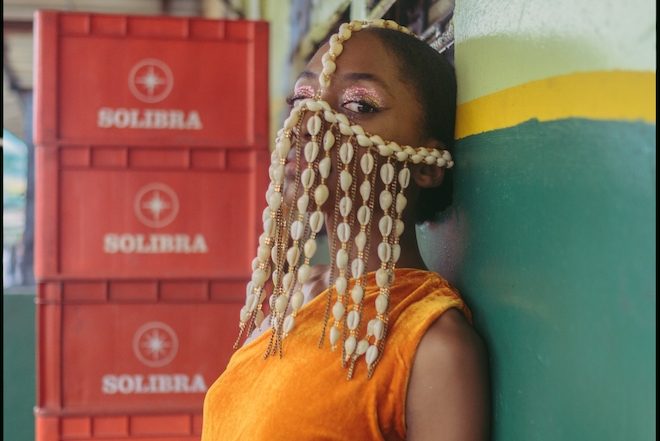 Asna this week released her debut single ‘Atalaku’ via Blanc Manioc! alongside a self-directed music video.

The video for ‘Atalaku’, directed by Ivorian director William Niava, is an ode to a generation invested in the production and agentic formation of its own identity. It was entirely designed and produced by Asna in her homeland: Abidjan, Ivory Coast.

Though this is her debut production, she DJs frequently, playing at Afropunk, Nyege Nyege and Nuits Sonores. She is also a model, and has been a muse for LP de Gagou, Jean Paul Gaultier and Lafalaise Dion.

Speaking on 'Atalaku', Asna says, "Atalaku is a word of Congolese origin (Lingala), which means 'look here' or 'dedication', introduced to Ivorian and West African DJs in the 2000s with the birth of 'coupé décalé'. To DJs, 'atalaku' announces the presence of an important person and praises them for calling out societal issues.

'A Griot of modern times, the DJ brings new life to a musical culture directly influenced by their environment (social, historical...) and the 'coupé décalé' is the result. This video and the song are the 'atalaku' of a new generation (Ivorian, African) which claims a free and simple appropriation of its identity and its environment that's long been under the influence inherited from past regimes.'

Watch the video for ‘Atalaku’ below.

Read this next: “Sweat and hope and the love for music”: meet the Nyege Nyege Festival team