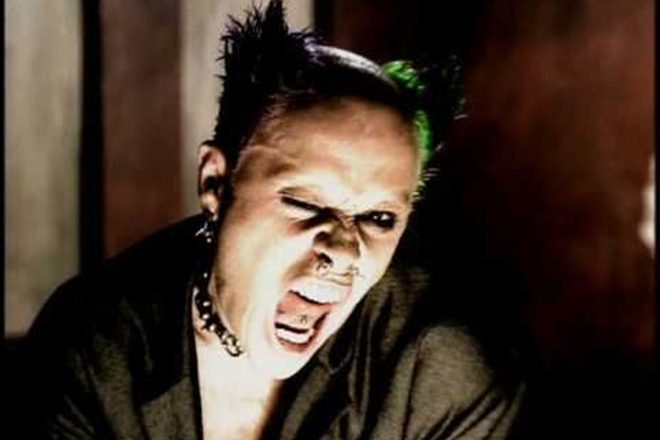 The Prodigy frontman Keith Flint - widely considered one of the greatest live electronic performers of all time - has passed away at age 49.

Tributes to the vocalist from the dance music community continue to pour in online from a plethora of respected artists, DJs, producers, labels and others.

Artists such as Daniel Avery, The Black Madonna, Nina Kraviz, Skrillex, Andy C, Charlotte de Witte, Pete Tong and many more have all taken to social media to pay their respects.

In social media posts, bandmate Liam Howlett paid tribute to Flint and revealed the cause of death as suicide. Learn more here.

Dance music is paying its respects to one of its most famous – and influential – stars. Read the various tributes below.

It is with deepest shock and sadness that we can confirm the death of our brother and best friend Keith Flint. A true pioneer, innovator and legend. He will be forever missed.
We thank you for respecting the privacy of all concerned at this time. pic.twitter.com/nQ3Ictjj7t

The Prodigy were the first band I ever saw. Literally life-changing. RIP big man pic.twitter.com/c0otQGVbk6

The Prodigy played a big role in my early raving/dj years and renember being blowned away by ”charly” on XL rec in -92. Thanx for all Keith, we shall all be dancing in heaven together soon enough. Safe travels. RIP

Such sad news about Keith Flint. This is him unexpectedly joining us on stage in 1995. He managed to kick the power out but no one minded he was Keith from the Prodigy and he could do whatever he liked. He was a lovely generous man, full of spirit. RIP

RIP Keith Flint. I damn near burned a hole through The Prodigy Experience in 92 when there wasn't a lot of accessible dance music in Kentucky. It was a huge deal for me. I can't overstate it. I'm very grateful to have had proof that this world I wanted so badly actually existed.

Shocked and sad to hear about Keith Flint of the Prodigy - massive in 90’s and beyond .. genre mashing brilliance and amazing live .. RIP x

im proud to have been alive while you were. you and the boys shaped my life, my career and my relationships. im going to miss you ever single day. forever.
thank you for everything you gave us Kieth. RIP. @the_prodigy pic.twitter.com/HOnJ0cqX9D

// Keith Flint was a huge inspiration for everyone at this label and part of so many people's origin stories of how they found rave culture. RIP.

Such an incredibly sad day. Keith was a gentleman, one of the nicest people you could ever meet, one of the greatest frontmen of all time, and a true icon of the rave generation.
Sending love to all @theprodigyofficial family. RIP Keithhttps://t.co/NHiskXeURp pic.twitter.com/qd5ucDsMgV

I may not of had a career if it wasn’t for you Keith ...you made me feel welcome in a time when I needed it . Thanks for all laughs my friend RIP pic.twitter.com/QCLPddIhPN

Been avoiding @the_prodigy tunes all day as I wouldn’t hold it together but it just happened and done me.

Los Angeles, I just woke up and heard the terrible news of Keith Flint. Rest In Peace. One of the greatest frontman of all time. @the_prodigy pic.twitter.com/sKCGo0isY0

so sad to hear about Keith Flint,we played many gigs with the prodigy over the years and they were always friendly and supportive.he was an amazing front man, a true original and he will be missed.tom&ed x

Absolutely devastated to hear the tragic news that the legend Keith Flint from @the_prodigy has passed away. Our thoughts & condolences are with all his friends and family. We wouldn’t be here if it wasn’t for Keith and the life changing music they made and championed. RIP

Such sad news about Keith Flint. R.I.P brother. I deleted the joke RA meme that was made about Keith & I, it felt wrong to leave it up today. Suicide is on the increase for artists & men in general & we all need to look out for each other. Look out for the signs with your family & friends. As teenagers the Prodigy cut their teeth coming to hear me play every week in 1988 at Mangled at the Braintree Barn in Essex, which is the town they’re from. Really nice lads & Keith was a sweetheart. They invited me to open up for them at the Brixton Academy for their greatest hits tour, saying I’d been their first big influence. Of course it was an honour to oblige. Sending out full & complete condolences to Keith’s family & friends & to Liam, Leeroy, Maxim & the rest of the crew. #prodigy #keithflint

Sad to wake up to the news that we lost Keith Flint, a true original.
The Prodigy have made a huge contribution to dance culture and electronic music around the world. Keith’s contribution as the band’s iconic front man was immense and he will be dearly missed R.I.P xx pic.twitter.com/1wB0PhN1Gd

In memory of Keith

Rest in peace Keith Flint.. Legend! Out to @the_prodigy and friends a family. #RIPKeithFlint

Keith Flint was a major part of helping The Prodigy stand out from thier peers, electronic or otherwise. ‘Firestarter’ is a record as important as any in my lifetime: the fact that such a fucked up track could be so big gives us all hope.

So very sad about Keith from Prodigy. His musical contribution will live on beyond all of us

Waking up to the passing of Keith Flint. Very very sad news. RIP To The Original ‘FIRE STARTER’ #Legend Xx

I remember touring with Prodigy in Australia in 2010 and Keith and the rest of them were out every morning jogging with their security guards, he seemed so healthy I never thought this would happen anytime soon. What a loss to the world :( https://t.co/KomyM8dfXK

Im not really sure what to say. I’m shocked and so sad. You were gifted, charming and charismatic. So kind and welcoming whenever we spent time. I’ll never forget the incredible moments I got to spend with you and the boys. I’m sending you all love and respect. Keith Flint RIP.

Wow RIP Keith Flint. I remember listening to “breathe” on MTV when they used to show music videos and i was so enthralled by the music video. Went and bought their album “the fat of the land” and was obsessed ever since. Sending love to his friends and family.

Uffff. Devastated to hear of the loss of our brother Keith Flint. The original Firestarter. We shared many hilarious, bizarre and wonderful moments on the road over the years. Despite his external persona, was truly one of the sweetest guys and the biggest softie one could ever meet. What a loss. We desperately need to re arrange our conversation around mental health . We are in an epidemic and it’s unnecessary, there is so much we can do about it. It starts by talking openly and authentically to each other. Sending all my love to his closest and esp Liam and band @theprodigyofficial

When I was a kid my mom walked into the room when my brother and sister and I were watching The Prodigy's "Breathe" and she straight up banned us from MTV on the spot. That's how you know shit was cutting edge. #RIPKeithFlint

R.I.P. Keith Flint of @the_prodigy.
⠀⠀⠀⠀⠀⠀⠀⠀⠀
One of the finest frontmen in dance music and the original Firestarter.
⠀⠀⠀⠀⠀⠀⠀⠀⠀
The thoughts of everyone at Defected go out to his loved ones. #ripkeithflint pic.twitter.com/PwM9bpALD1