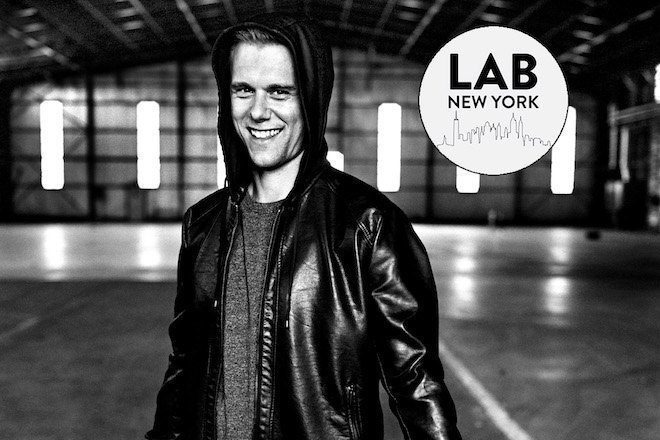 The Lab NYC is Mixmag and Smirnoff Sound Collective's weekly afterwork party where we stream the best American and international DJs from the intimate space connected to our Brooklyn office. This Friday, Mixmag welcomes the master of trance, none other than Armin Van Buuren to play a special Lab NYC set.

As one of the biggest superstar DJs in the world, Armin Van Buuren needs little introduction. The founder of A State Of Trance and one of the key leaders of the genre, the Dutch producer is synonymous with Main Stage closing sets and sold out arena shows.

Van Buuren recently released his sixth studio album in 2015 titled 'Embrace' which he is still currently promoting through the special Armin Only: Embrace tour. The events are a celebration of different genres, bringing on elements of alternate styles and adapting them to be integrated into Armin's act. Plus his most recent release, a collaboration with Garibay and singer Olaf Blackwood titled 'I Need You', has been picking up steam since it dropped in January.

Last week, Armin opened a brand new radio studio in Amsterdam specially designed to enhance the experience of his A State Of Trance series. The milestone debut unveiled a full video stream system for fans to immerse themselves in the visual and behind the scenes elements of ASOT.

On warm up duties we have Brooklyn's own Day Cart, co-founder of the local Goonroom party series.

The Lab NYC is strongly powered by Void Acoustics. Subscribe to Mixmag TV or watch Armin Van Buuren live in The Lab NYC this Friday on the official Mixmag Facebook Page at 8:00PM EST.