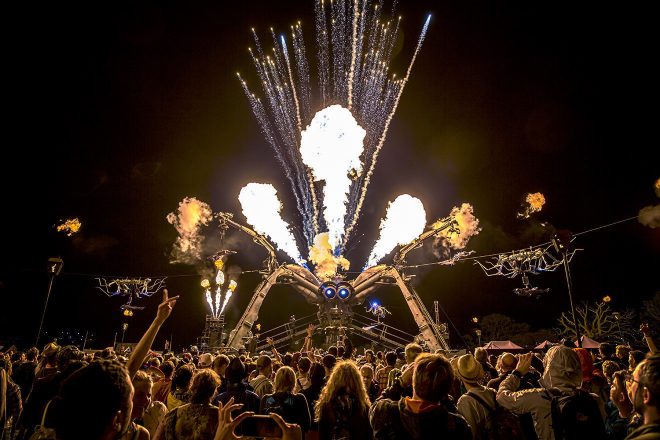 Arcadia is heading to London this spring for a mammoth two-day event, and has just announced the final selection of artists set to hit the festival in May.

Matador, Paul Woolford, Max Cooper, Digital Mystikz, Norman Jay and more were confirmed in the most recent wave of announcements.

News of Arcadia’s 10th anniversary affair first hit the web last year. Organised in association with promoters LWE, at the time Director of LWE Will Harold explained: "It's a real honour to be working with the award-winning Arcadia team and welcoming them to London for the very first time.

“With Arcadia's 10th anniversary falling on Glastonbury's fallow year, it's a momentous occasion and a rare chance to create an incredible event together. All the LWE team are hugely excited to be part of this one off event."

To read more about the UK’s flourishing festivals and Glastonbury’s fallow year take a look here.