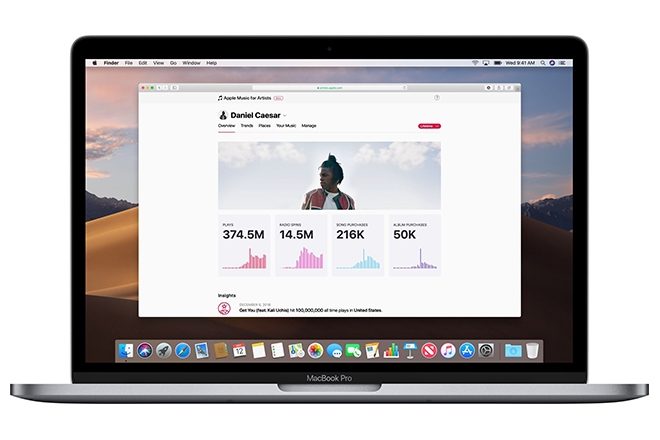 Today, Apple has launched Apple Music For Artists - a new analytics tool for every artist on the music streaming platform.

Available on iOS as a desktop interface and standalone mobile app, Apple Music For Artists gives anyone who has music posted on Apple Music the ability to pinpoint how their various releases perform in specific markets and cities around the world.

The tool also allows artists to monitor the extent of their streaming plays on Apple Music - both generated by playlists and 'organic' plays from fans - as well as their album and song sales on iTunes. In addition, a basic count of an artist's daily streams can be broken down by song and city in over 100 countries. This gives artists the ability to plan tours, discover hidden pockets of popularity and help them shape their setlists for wherever they plan on performing.

The app is also taking steps to put Shazam data front and center, giving artists an insight as to where and when their music has been most 'Shazam'd.