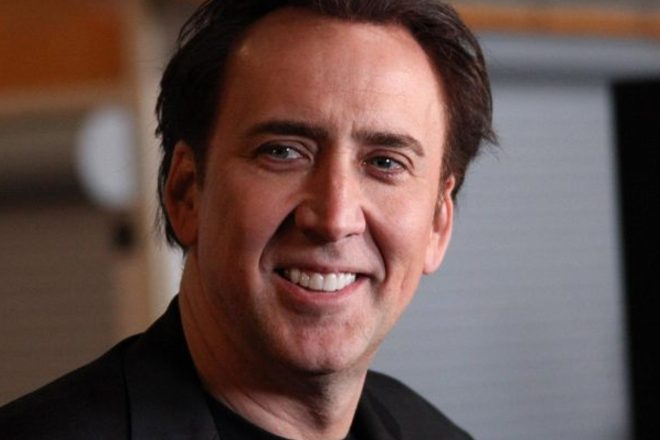 Academy Award-winning actor Nicolas Cage recently dove deep into the fables that surround his magnetic and unconventional persona during a recent in-depth interview with David Marchese for New York Times.

With his flip-flopping reputation as one of Hollywood's worst and best actors, it's hard to pin down what this intense and distinguished actor is all about. With over 90 movies under his belt, he's revered for huge blockbuster such as National Treasure, Con Air and Face/Off as well as new cult-classics such as Mandy and A Score to Settle. What we didn't know about the actor until now is that his affection for extravagant items lead him on a real-life quest for the Holy Grail at Glastonbury.

Telling Marchese about the various artifacts he's purchased for large sums of money, such as a large dinosaur skull and Action Comics No. 1, Cage confesses that he, at one point during his life, decided to embark on a real life National Treasure hunt for the Holy Grail that eventually lead him to Glastonbury.

"I went years where all I was doing was meditating three times a day and reading books on philosophy, not drinking whatsoever," Cage explains. "That was the time when I almost went on — you might call it a grail quest. One thing would lead to another. It’s like when you build a library. You read a book, and in it there’s a reference to another book, and then you buy that book, and then you attach the references. For me it was all about where was the grail? Was it here? Was it there? Is it at Glastonbury? Does it exist?"

The idea that the Holy Grail is at Glastonbury - not the music festival but a county of Somerset, England near Worthy Farm - came from a unique location that holds a well that's apparently been in use for thousands of years.

"If you go to Glastonbury and go to the Chalice Well, there’s a spring that does taste like blood. I guess it’s really because there’s a lot of iron in the water. But legend had it that in that place was a grail chalice, or two cruets rather, one of blood and one of sweat. But that led to there being talk that people had come to Rhode Island, and they were looking for something as well."

"I don’t know if I’m going to say that’s why I bought the Rhode Island property. But I will say that is why I went to Rhode Island, and I happened to find the place beautiful. But yes, this had put me on a search around different areas, mostly in England, but also some places in the States. What I ultimately found is: What is the Grail but Earth itself?"

So next time you find yourself at Glastonbury, be sure to keep an eye out for Christianity's most sought-after relic between your dance sessions on Worthy Farm, just 15 minutes away.

Extinction Rebellion and Greenpeace staged a climate change protest at Glastonbury
Festival organisers call for ban on disposable tents
Stormzy at Glastonbury: A pulsating yet touching set from the UK star
Get the best of Mixmag direct to your Facebook DMs