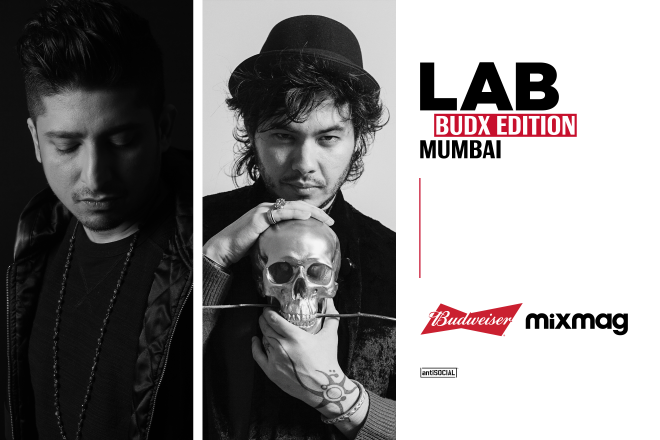 Taking place at the intimate space of AntiSOCIAL, located in the warehouse in Todi Mill, Mumbai, The Lab Mumbai will showcase some of the world’s most exciting talents of house, techno and other electronic varieties.

Next Thursday, January 16, India's electronica powerhouse Ankytrixx will be heating up the Lab alongside idiosyncratic London native Eric Volta.

Ankytrixx has been taking over the electronic dance scene in India, influenced by the sounds of techno and deep house. He's played throughout Europe and Asia, going through venues in Amsterdam, Ibiza, Berlin, Barcelona, Prague and Istanbul. He's also been a part of India's infamous Sunburn Festival. Through his captivating DJ sets as well as his unique productions such as 2013's 'No Kontrol' and 2014's 'MAYDAY', he's captured the ears of listeners across the globe.

Eric Volta takes his own approach to the electronic landscape, focusing on connection and lack of self-promotion, particularly in the beginning of his career. In the midst of his focus on anonymity, he became a resident for a Sunday day party, lo*kee set in London's fabric venue. Having spent much of his youth traveling, his sounds are original and diverse. Productions from 'Love Your Illusion' and 'Words and Chance' emanate the essence of Volta's artistry. His tracks have been released on various labels including Ellum Audio, Visionquest, No.19, Souvenir and Renaissance.