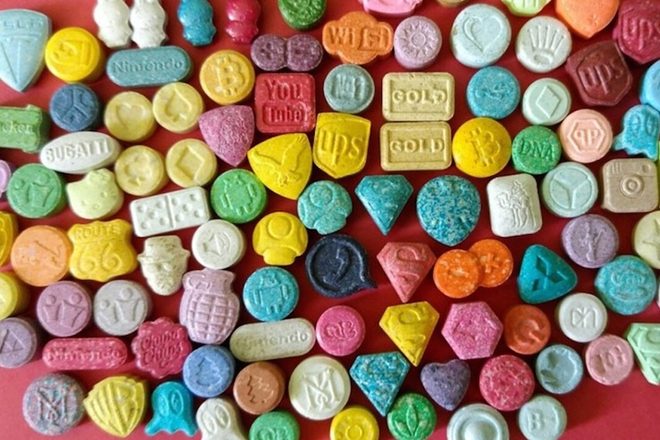 Taking a closer look at how drugs move on a regional scale in the United States, the online news resource Drug Addiction Now created an interactive analysis of the most common ecstasy pills in major cities across the United States.

Using thousands of crowdsourced reports from websites such as PillsReport.net and EcstasyData.org, they were able to determine the particular kinds of pills available for sale in American cities, and which strains of the party drug dominate major markets.

To start, the study first looked at the most popular ecstasy tablets on a global scale, theorizing that the most well-known and widely used tablet is a blue pill with a dolphin emblem stamped onto tablet. The number next to each tablet in the graph below alludes to distinct reports of the drug's appearance around the world, with the white Mercedes tablet coming in second place. 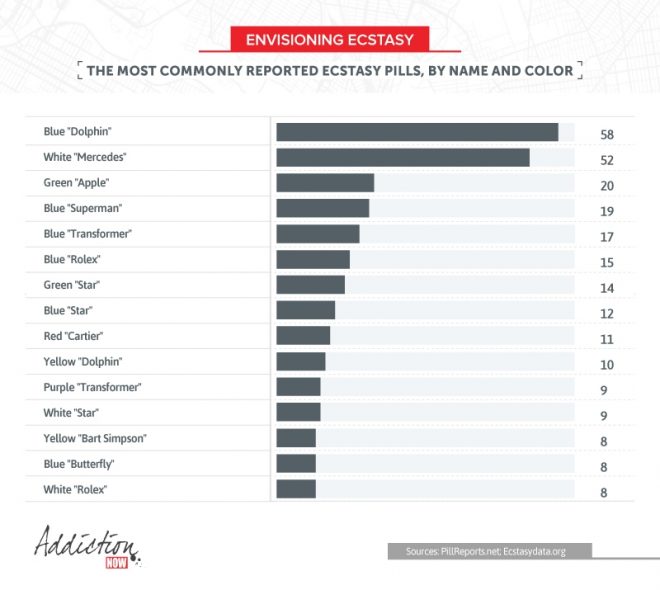 Looking strictly at reports from the United States, Drug Addiction Now identified a number of ecstasy hot-spots and interesting geographical trends regarding pill distribution - dating all the way back to 2002.

For one, no data regarding white Mercedes pills were found in the United States, offering “insight into the geographical limitations of even the most popular pills.” Tracking the appearance and disappearance of various pills in major American cities over time also offer us a look into how common it is for various strains to disappear following the reports of “bad batches” and the various pills that appear to be exported and imported to and from the United States. 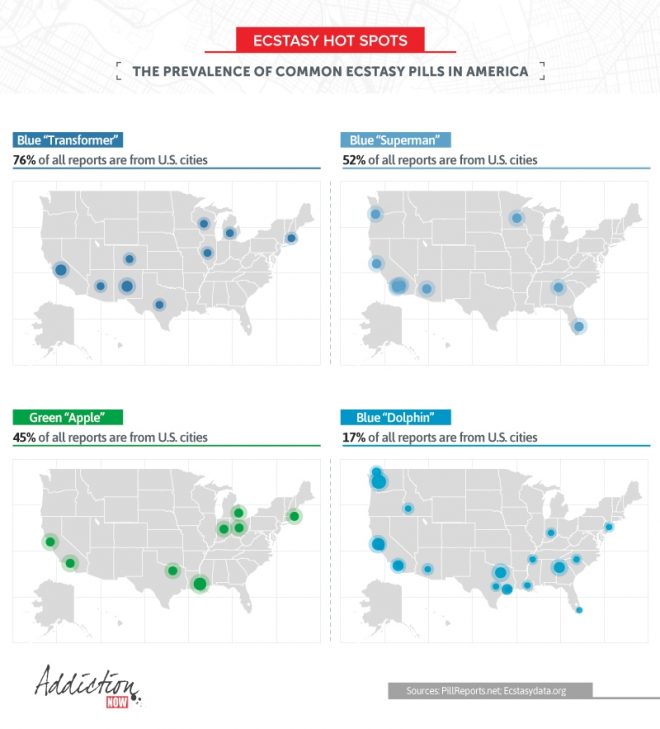 While the data provided is an interesting insight into geographical trends relating to MDMA in the US. However, a good chunk of data is missing and somewhat questionable. We ask our readers to take this information with a grain of salt.

Regarding the data, Drug Addiction Now posted the following statement: “The data we are presenting rely on self-reporting. There are many issues with self-reported data. These issues include but are not limited to: selective memory, telescoping, attribution, and exaggeration. No statistical testing was performed. As such, this content is purely exploratory.”