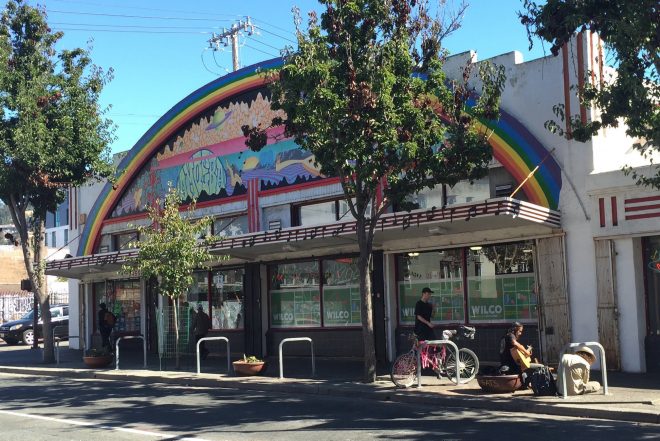 Iconic California record shop Amoeba Records has officially opened a marijuana dispensary at its Berkeley location, according to Billboard.

Amoeba's co-founders Marc Weinstein and Dave Prinz originally had the idea for the dispensary, now called Hi-Fidelity, back in 2012 when it became clear that sales were declining at the Berkley storefront.

As Weinstein states, the paring of music and pot was a logical decision: "Music, in some ways, is such an uplifting product for humans and we thought, weed is just another inspirational product that we can get behind with our hearts and souls."

After applying for medical marijuana dispensary permit and gaining the mayors approval, the shop was granted its license in 2016. At the time, pot activist Debby Goldsberry expressed her excitement for the new venture: “We are planning the most epic dispensary ever at the Amoeba location on Telegraph. The dispensary will go where the jazz room is now. My mind is kind of blown right now!”

After a soft-launch last month, which Mayor Jesse Arreguín attended, Hi-Fidelity is one of six dispensaries in the city. Nestled directly next door, the shop occupies Amoeba’s jazz and classical room which was converted into a separate building. If all goes well, Weinstein says it will generate $10 million gross per year.

Chris Garcia, who is heading up the project as the new Curator at Hi-Fidelity explains what he hopes the shop will serve as: “We’re trying to make this the best dispensary in the state of California.We want to be a full spectrum cannabis dispensary. A hemporium, if you will, where we have everything from pet products to flower.”


In the future, Weinstein says he hopes to have a cannabis dispensary in each of the three stores. Garcia shares this hope: "We figure if we can get through Berkeley, we can go through any city, because Berkeley is probably the most stringent when it comes to coding."

For more on Amoeba, check out the records Floating Points picked up at the shop here.