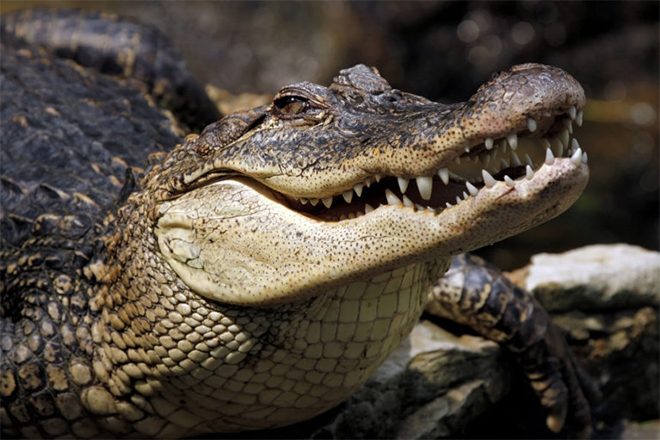 An experiment conducted by two scientists injected 40 American alligators with ketamine and set each one up with a set of headphones in order to gain a better understanding of their dinosaur ancestors' auditory systems.

A paper published in The Journal of Neuroscience by the experiment's lead biologists - Lutz Kettler of the Technische Universität München and Catherine Carr of the University of Maryland - claims the study was designed to gain further insight about the "neural maps" of alligators and how they locate noises in their environment.

Crocodilians - which includes both crocodiles and alligators - have resided on earth for over 200 million years and are the closest living relatives of dinosaurs on the planet. Birds are the second most closely related to these ancient creators and share a surprisingly common ancestry with crocodilians.

The focus of the study was centered on interaural time difference (IDT) - a concept that interprets the gap in arrival time of a sound to each ear. After injecting each alligator with ketamine in order to sedate them, Kettler and Carr set up each creature with Yuin PK2 earbuds and electrodes that were placed on their heads to record their auditory neural responses.

In conclusion, the study shows that the "acoustic systems" of dinosaurs "led to a stable and similar organization in today's birds and crocodiles" despite each animal's differences in anatomy.

It also highlights the importance of "comparative animal studies" and how they shed light on evolutionary processes.

Check out the full study by going here.