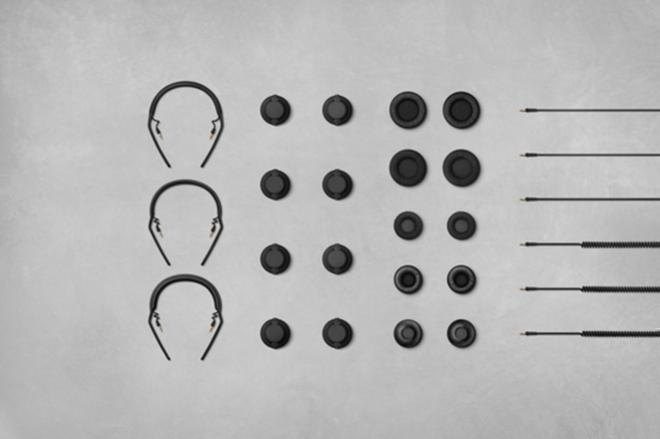 Ever since releasing the original TMA-1, AIAIAI has tweaked its most popular headphones with a range of collaboration and signature models.

Rather than another tweak of the TMA-1, AIAIAI's TMA-2 Modular is a brand new type of headphone - made from very familiar pieces. Giving you the ability to make your own signature model, AIAIAI has now opened up its parts list to the masses.

A great place to start, the ready-picked all-rounder preset is one of the cheapest at £100, but offers a solid listening experience. Shipped unassembled, each headphone arrives as a box of freshly sealed components, leaving you to put it together.

A modular system needs to be easy to assemble, and thankfully the TMA-2 is very user friendly. Apart from the fiddly process of attaching driver wires, it's a breeze. Once put together, the TMA-2 benefits from the same sturdy build quality of its predecessor.

Probably most similar to the sound and style of AIAIAI's Capital headphones, the all-rounder preset gives clear, balanced sound but lacks the bass for more demanding music. Low-end is present but thin, while highs are clear but lack the sparkle of AIAIAI's more expensive models. Rounding off the cheaper experience, the all-rounder's basic earcups can get uncomfortable after longer listening periods.

Luckily it's possible to pick and choose components, so swapping out the all-rounder's basic earpads for the higher quality ones found on the TMA-1 DJ improves comfort a great deal. Similarly, replacing the all-rounders light, functional headband for the padded one found in the TMA-1 Studio makes for an even better fit.

As well as comfort, the TMA-2 system can also cater for your specific sound requirements - but it gets expensive. AIAIAI advises using certain earpads with certain drivers, which means you'll often find yourself shelling out for both - on top of your original preset. For example, over-ear earcups increase bass, so pairing them with a brighter driver unit results in great upper-end detail, but also a warm, rumbling bass - giving listeners the best of both worlds. Although offering a clear improvement - this quickly racks up the cost. Instead, you'd be better off buying a different preset separately.

Great in theory, the TMA-2's modular aspect feels somewhat more limited in real world use. After trying to spec a perfect TMA-2, it soon becomes clear that the presets already cater for most needs - making many of the possible 360 combinations obsolete. Based on the old TMA-1 range, the ready-made models have most bases covered - reducing the need for customisation. Rather than producing crazy combinations, the TMA-2 comes into its own with subtle changes. If you're swapping a cable or a headband, the modular system is perfect - but change anything else and the cost adds up. AIAIAI also say they'll be releasing further, more interesting models, so this should change in the future.

Right now, despite its limitations, AIAIAI's TMA-2 Modular still offers the same impressive style and sound of previous models. Add the optional flexibility of the new Modular system, and the TMA-2 has to be recommended.

You can get the TMA-2 from AIAIAI's online store.