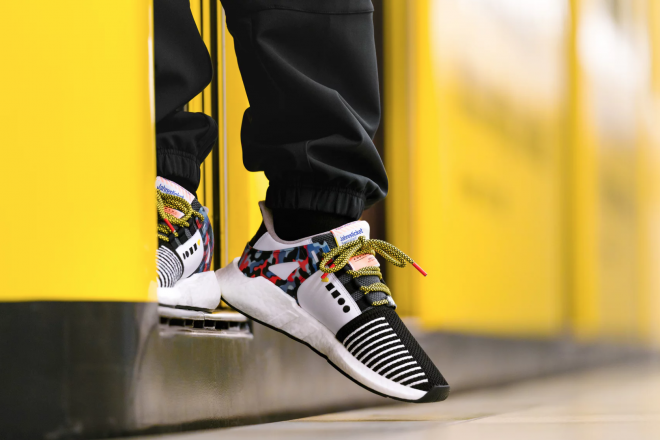 
The new Adidas EQT Support 93/Berlin feature a transit pass embedded into the shoes toungues that are styled in a likeness to the BVG annual pass. The shoe also features a camouflage pattern that is seen on the city’s train seats.

Petra Reetz of the BVG, who spoke to the Guardian, was not sure about the collaboration at first, but sees it as a creative way to get more people to use the public transport system:

Hundreds of people, not just sneaker-heads, apparently camped out at the Berlin shoe store Overkill for multiple days in order to get their hands on the new collaboration. A major draw might have been the price of the shoes. The shoes cost €180, but the annual BVG pass costs €728.

Find our more on the new Adidas trainers here