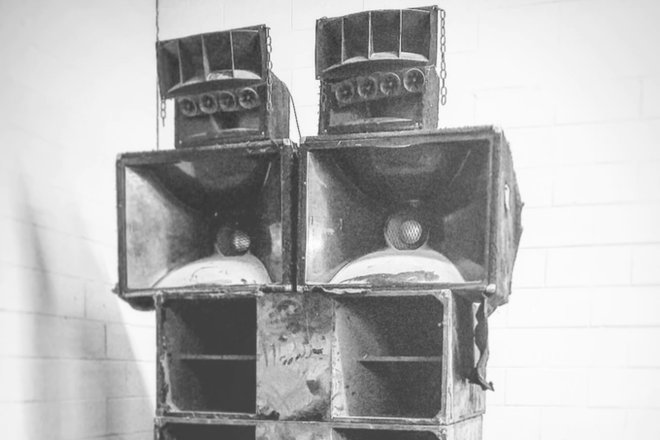 A non-profit group called Detroit Sound Conservancy is seeking to rebuild Club Heaven's sound system, one of Detroit's most famous techno sound systems from the 1980s.

During house and techno's formative years, Club Heaven was one of Detroit's most important nightclubs and safe queer spaces. Although it lasted for just over a decade, the venue served as a haven for a generation of DJs, performers, dancers, engineers, club promoters, and especially black LGBTQ youth. Today the venue remains closed, just like 75 peer cent of Metro-Detroit's gay bars since Heaven's doors opened. That said, Cub Heaven's sound system is still very much alive.

In the hope to preserve the iconic sound system, Detroit Sound Conservancy (DSC), a nonprofit dedicated to preserving Detroit’s musical legacies, has launched a Kickstarter campaign. The goal is to conduct electronic archaeology and restore an assembly of amplifiers, cables, drivers, horns, and speaker cabinets.

DSC touched on why this preservation project is so important: "Since our founding in 2012, Detroit Sound Conservancy has preserved and celebrated Detroit music history from below. This means we spend our time telling stories that have rarely been heard outside of our own neighborhoods and local communities and have yet to be included in standard depictions of Detroit's musical history. This includes stories of Detroit's queer dance ecosystem from the late 1960s to the present day in which Club Heaven is a key moment."

Last year, two of Detroit techno's leading pioneers in Derrick May and Kevin Saunderson gifted the Club Heaven Sound System to the DSC for reactivation. It had been sitting in a basement in Detroit for approximately twenty years.

Now the DSC has assembled a team to see the preservation through to completion. Find out more and donate to the Kickstarter to show support. Watch a video below to learn more about the project.

For more on the history of sound systems, here are 28 photos from sound system's through the ages. Plus, find out how Detroit is the birthplace of techno and it won't let you forget it and watch Claude VonStroke discuss the power of Detroit in a new documentary.