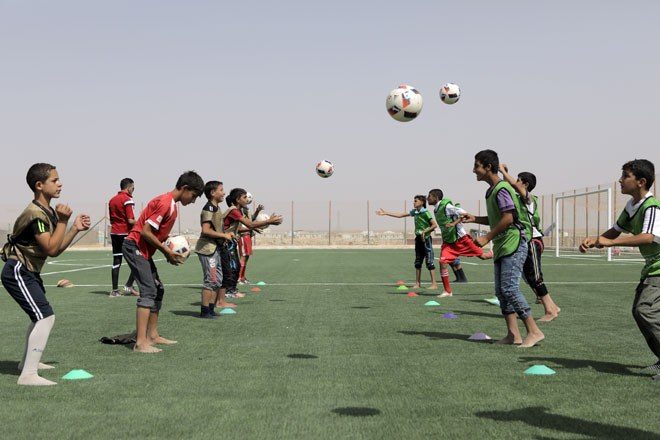 Teams from across the music industry, including one from Mixmag, will compete for the fifth year running in the Independent Music Cup on Saturday July 27.

Established by Ninja Tune, mixed-gender teams from the likes of Resident Advisor, NTS and Warp Records will play with an aim to raise £10,000 for War Child.

War Child focuses its efforts on children affected by war and conflict. In line with the IMC, fundraising will be directed towards War Child FC, the charity’s specialised initiative using football to provide support and equip children with the skills to shape their futures.

The teams will compete at the new Battersea Powerleague venue accompanied by a line-up of DJ talent while Boiler Room provides the afterparty at Peckham’s Tola.

Krakow's Unsound festival is an incredibly vivid exercise in staying present
June: Six artists you need to check out this month
Watch: Seth Troxler from Poland's Smolna for Burn Energy