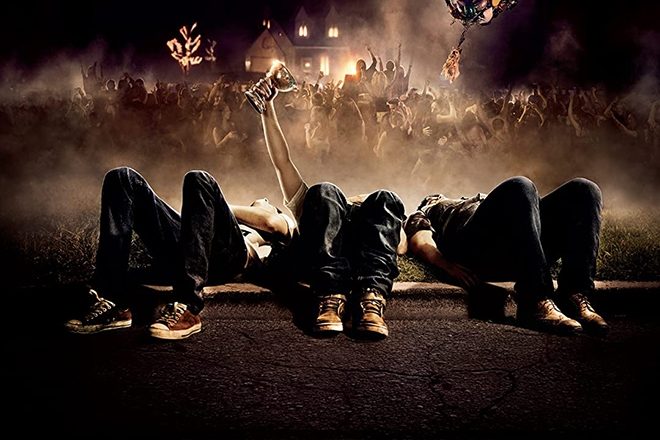 On Sunday, May 30, police were called to shut down an all-night party in Kent after a fight broke out between attendees.

Police tracked down the 20-year-old who hired the Airbnb on Friday June 25 and handed her a £10,000 fine for breaching COVID restrictions.

The Airbnb - which costs over £800 a night to hire - sits on the outskirts of Maidstone, Kent in the tiny village of Bearsted. Reports claim that over one hundred people attended, with partygoers cars blocking off the roads around the village.

Read this next: 50 people arrested after thousands attend illegal rave in Sussex

Despite the swanky Airbnb being big enough to host 10 people, featuring both a jacuzzi and movie theatre, the property had a firm limit on numbers.

A video of the party aftermath was posted on Twitter last month by BBC journalist Josie Hannett.

This footage from the owners of an Airbnb in Bearsted shows the aftermath of an illegal party held there on Saturday night. More than 100 people turned up. 5 girls had booked the house to stay for the weekend. Police say enquiries are ongoing. More on @bbcsoutheast at 10.30pm pic.twitter.com/dvX3LWdlJV

Police officers were called to the house three times throughout the night, however only took to the scene after a fight broke out between revellers. The party ended at around 4:30AM when police were called.

The host of the party has now received a five-figure fine as a result. Kent Police’s Assistant Chief Constable Nicola Faulconbridge said: “In these situations, our officers will move quickly to enforcement and those found responsible will be issued with a fixed penalty notice.”

“We must all remain mindful that we are still in a pandemic and it remains against the law to organise and attend large indoor gatherings like house parties and unlicensed music events,” she continued.