What is 2C-P, what does it do and where does it come from? - - Mixmag
Home Latest News Menu

The death of 24-year-old Louella Fletcher-Michie, daughter of Holby City star John Michie at Bestival in 2017, has been reported in the press and courts as the world's first fatality from the rare psychedelic drug, 2C-P.

The lurid reports of her death are tragic and complete with saddening allegations. Her 29-year-old boyfriend, Ceon Broughton, stands accused of giving her the drugs that toxicologists say killed her. She also took ketamine and MDMA before her death. Broughton is accused of not calling for help when she faced difficulties after taking it, and is facing manslaughter charges. The case is ongoing.

Putting aside the worst details of Fletcher-Michie's death, there is much to reflect on in this case, if only for its unacknowledged ordinariness. Thousands of drug users worldwide now routinely combine multiple and novel drugs over the course of multi-day festivals and raves, and while most of them get away with it – and in many cases actively enjoy the experience – there is an undeniable danger in all polydrug use.

So what is 2C-P? What does it do, and where does it come from? What is behind the bizarre user experiences reported? Under its influence, Fletcher-Michie was recorded saying: "Magical monkey riding the forest", and is said to have been seen eating thorns.

The 2C drugs, so-called because their longer, chemical names begin with those letters, are psychedelics with a very short history of human use – and a tiny user base when compared to classical psychedelics such as LSD and mushrooms. They are also much riskier.

The 2C drugs were invented in California through the 60s, 70s and 80s by the late Alexander Shulgin, the most celebrated of all psychedelic chemists, known as the godfather of Ecstasy for his role in rediscovering the chemical synthesis and effects of MDMA in the late 70s.

Shulgin invented dozens of drugs, many of which resemble mescaline: the classic, old-skool psychedelic, which exists naturally in many South American cacti, such as peyote.

In his garden lab, surrounded by ramshackle labware and the soaring sounds of Rachmaninov, Shulgin modified the basic mescaline molecule with an elegant, scientific approach with the goal of producing new compounds that he considered tools for exploring the human psyche.

The 2C drugs include the nowadays relatively common 2C-B, which is, at the right dosage, a benign party drug that delivers cartoony visuals and an increased libido. It is today enjoyed in pressed pills containing around 10mg-17mg of the drug. The experience lasts around 5 hours. 2CB is produced in the Netherlands in huge bulk and low cost at around £3-£5 a pill retail. Of all the 2Cs, 2CB is the least risky.

2C-P is not common: in 10 years of market-watching and drug-trend analysis, I have only known one online vendor who sold it. He operated a site that was shuttered a year or so ago after a major bust. It’s uncommon because it is strong medicine: unforgiving, and potentially fatal.

These psychedelic 2C drugs are extremely potent, and have what neuropharmacologists and dedicated trippers call a “steep dose-response curve” – if you take even just a few milligrammes more than a standard dose, the effect is exponential. Imagine if your third pint got suddenly you as pissed as your tenth. That’s the 2Cs. So, take 10mg of 2C-P, and you’ll trip out. Take 20mg after a bit of ketamine, booze, and MDMA and you’re playing with your life. 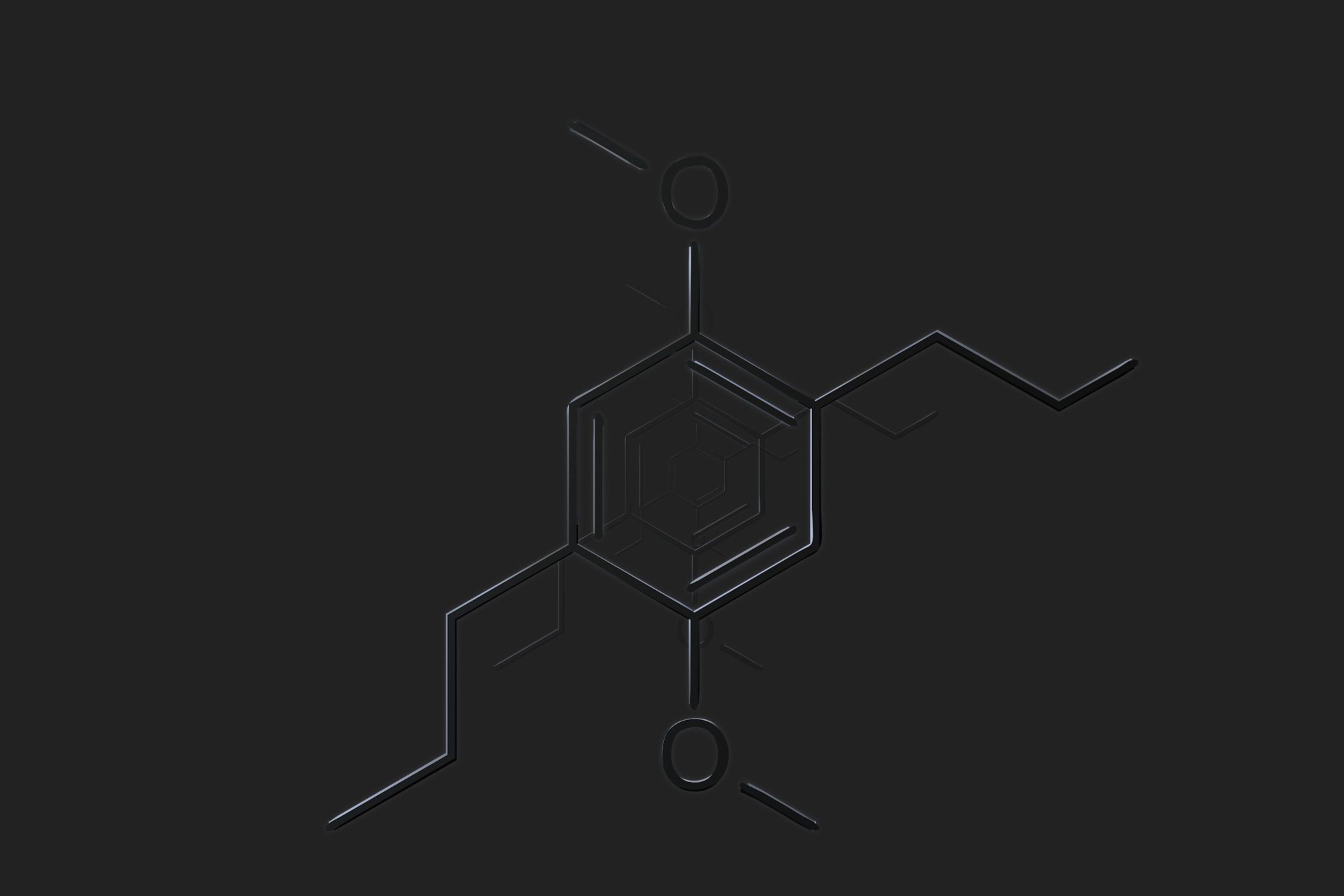 Shulgin produced these drugs for a small group of psychedelic aficionados who would use them in controlled environments, taking notes and recording their effects. His goals were to document and expand the limits of human consciousness. These reports ended up in his seminal 1995 book, PIHKAL (Phenethylamines I Have Known and Loved), which also laid out the chemical pathways to produce them.

But there follows a warning: “There was one report of an experience in which a single dosage of 16mg was clearly an overdose, with the entire experiment labelled a physical disaster, not to be repeated. A consistent observation is that there may not be too much latitude in dosage between that which would be modest, or adequate, and that which would be excessive.”

Translated, that means: “Don’t mess with this compound. The difference between a fun time and an ambulance is tiny.”

So how did this oddball drug make it into the wild? The answer is digital. In the early days of the web, in the mid-90s, new drugs such as this became available to anyone with a net connection as Chinese chemical firms would carry out custom syntheses for the psyche-savvy.

Communities of psychonauts coalesced around sites such as Bluelight and Erowid and shared their experiences. The drugs existed in a legal grey zone in the US, and became fairly common on the crustier margins of the UK rave scene at that time. Drugs such as this have recently been distributed by specialist research chemical vendors in jurisdictions where they remain legal, or from darknet markets, or passed between friends who accessed them in this way.

These drugs are potent and not for the casual user: a gramme of MDMA, at 1000mg, contains eight standard doses. A gramme of 2C-P contains 120x8mg doses – and these doses must be weighed and triple-checked on accurate scales able to measure to three decimal places. A 8mg dose reads 0.008 on a milligramme scale. Get the wrong scales, and you’re overdosing by a factor of 10. Fill your capsules by eye, or by dipping a finger in a bag while hammered, and you’re risking death or permanent disability.

In short, none of these drugs, known as research chemicals due to the lack of clinical data on their effects, are substances to take casually, or to give to anyone without a track record of serious psychedelic use. They are never to be mixed with other drugs or alcohol, or to be used in a festival or club setting.

But nowadays, anyone can find hard drugs such as this with a few clicks of a mouse. When I was writing my book Drugs 2.0 in 2013, nine EU-based customers of a firm were sent packages containing 2C-P – mislabelled as buphedrone, a mephedrone variant with a standard dose of around 80-100 mg. Many people took a tenfold overdose of 2C-P. I spoke to one of them:

“It started with sweating profusely and uncontrollable muscle spasms and got worse from there. The trip lasted over 30 hours…The night was chaotic and apocalyptic, no sleep, heavily disorientated.”

A week later, she took it again. Same deal, but worse.

“I loved the moment the sun came up. I spent dawn naked on my terrace. The world around me looked like a churning and swirling Van Gogh painting – only much sharper, more precise. [I was] a naked animal, poisoned and exhausted,” she said.

If you’re still determined to use these or other equally potent drugs, then read Erowid.org, properly. Know the correct, minimum dose. Before you take it, send the drug to Wedinos.org or Energy Control in Spain and have it tested and identified.

Talk to experienced users. Know your source, know your dose, test your scales, and never use any new drug alone, or in conjunction with anything else, including booze. Never redose in a single night if the drug doesn’t have the expected effect; it might just be coming on slowly. Never take mystery drugs off friends or from random people at parties, clubs or festivals, no matter how high you are. Have a sober tripsitter to watch over you if you choose to dose, and get them to take a note of what has been used.

And in the case of an emergency – if the user’s breathing is laboured or if extreme confusion sets in, call an ambulance immediately. You won’t be arrested and you might save a friend’s life.