Time Warp NYC was a joyous, dazzling example of what can truly be achieved in the city - Features - Mixmag
Home Latest News Menu

Introducing the underground to the overground, Time Warp fired through a heavy line-up with techno legends and this year’s burgeoning talent. It spectacularly highlighted the scene of the past and present with insight into the future of America’s dancefloors. Pulling up to the New York Expo center, groups of dance lovers from EDC rave queens to underground techno ghouls joined for the same purpose of freeing themselves in a warehouse of flashing lights and bumping techno.

For the ravers who wanted a night of hard-style techno bangers, Floor One consistently presented this energy in a large open-format dancefloor, allowing you to feel the music all the way through your body, no matter where you found yourself in the room. Setting up the vibe on the first night was Italian duo, Mind Against. Their contemplative, yet booming mixes were matched with oscillating strobe lights and bouncing pinball visuals. The two easily filled the room with proper rave energy while building a well-defined vibe to set us up for the journey to come.

Read this next: The essence of Time Warp according to the DJs that play there

Assessing the crowd and navigating the sprawling space, I made my way to floor two. Immediately, I recognized a difference in the energy as Sonja Moonear livened up the room, beaming with joy as she confessed her love of rhythmic minimalism. Ironically, the second floor felt more like the darker, dingy close-quarters of the underground. I noticed a significant international presence in the crowd and came to find out that there were people that trekked from across the states to enjoy some rare Time Warp action. I would also come to meet people on the other end of the spectrum who picked up last-minute tickets for the event, unaware of its significance. Before long, they were aware. 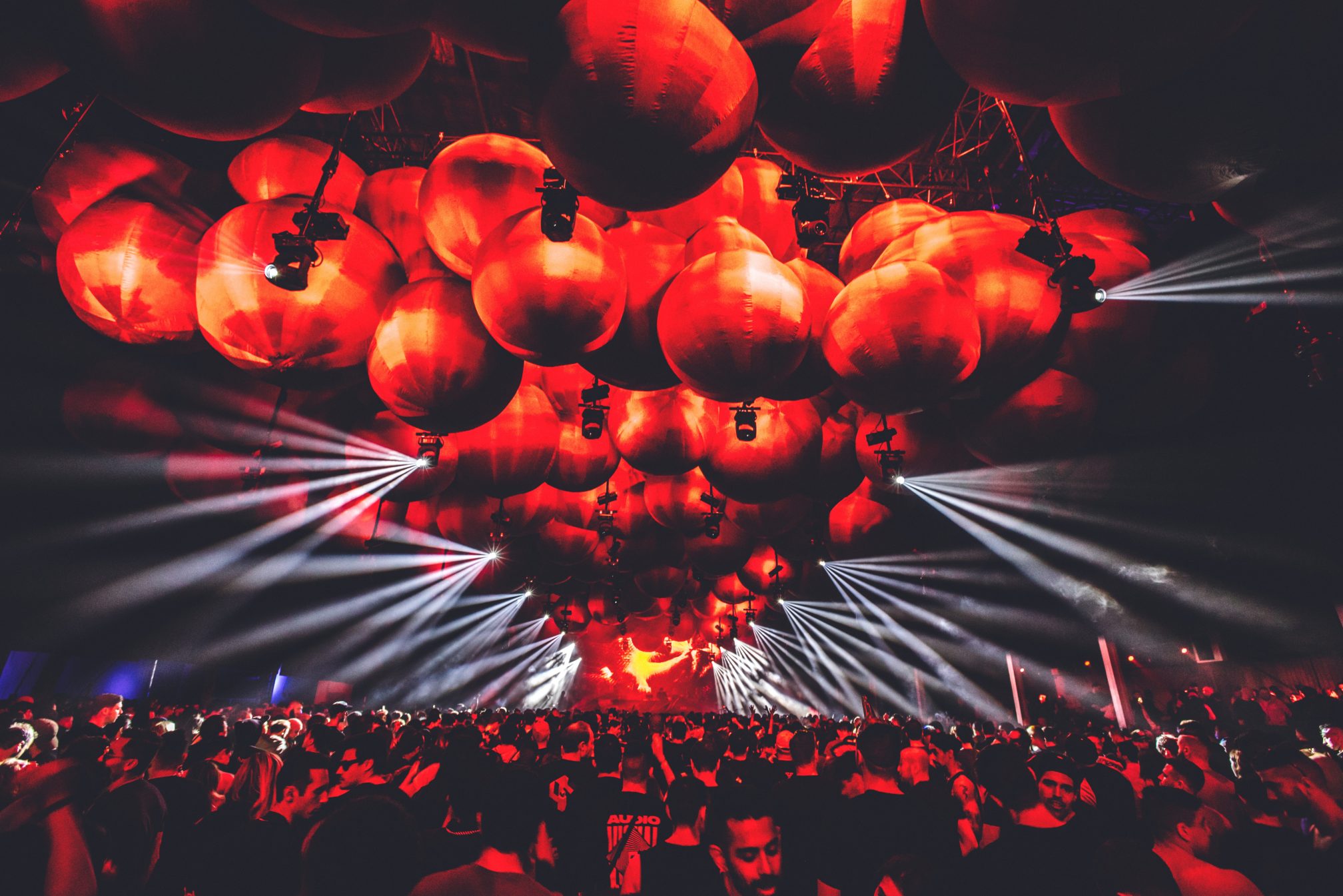 As Sonja Moonear finished her set, anticipation set in. Before long, in proper Villalobos fashion, he waltzed on stage clad in black and white polka dot pajama pants and a baggy white shirt, ready to let his music speak for him, or as I would learn, through him. It’s worth noting that he turned up 40 minutes late and this only heightened the crowd’s cheers as he bopped onto stage. There was a buzz in the crowd from the people who hadn't seen him play before and it's unsurprising as he rarely comes over to the states. His reputation proceeds him, some have been told they're in for the show of their lives, others that he may not be everyone's cup of tea. Either way, this only added to the hype.

Having never seen the renowned and opinion-splitting DJ, I was interested in the show he had to offer us on this particular night. He proceeded to play all vinyl, seamlessly mixing in Angelina’s ‘Release Me’ and later ending up at the breakbeat jungle essence of Lone’s ‘Abraxas’ while providing the audience with plenty of kisses, something I learn to be standard procedure when you have a rendezvous with Ricky.

I had never seen someone know their records the way Villalobos did, shifting through his stacks with such ease. No matter what people say, you can't deny the man's knowledge of music.

Downstairs Pan-Pot were giving off low tempo techno; Ippenberger showing off his inner spirit with a shirt pronouncing “night addict”. Not before long, Richie Hawtin brought his deep focused intensity on stage, playing increasingly hard, high tempo tracks and offering occasional respite in the form of some bumping yet powerful house.

For those who were able to make it past the dawn of day, after-parties awaited them across the river in Brooklyn on both nights. Saving up a bit of my stamina, I headed home, praying for those who kept their bodies going. 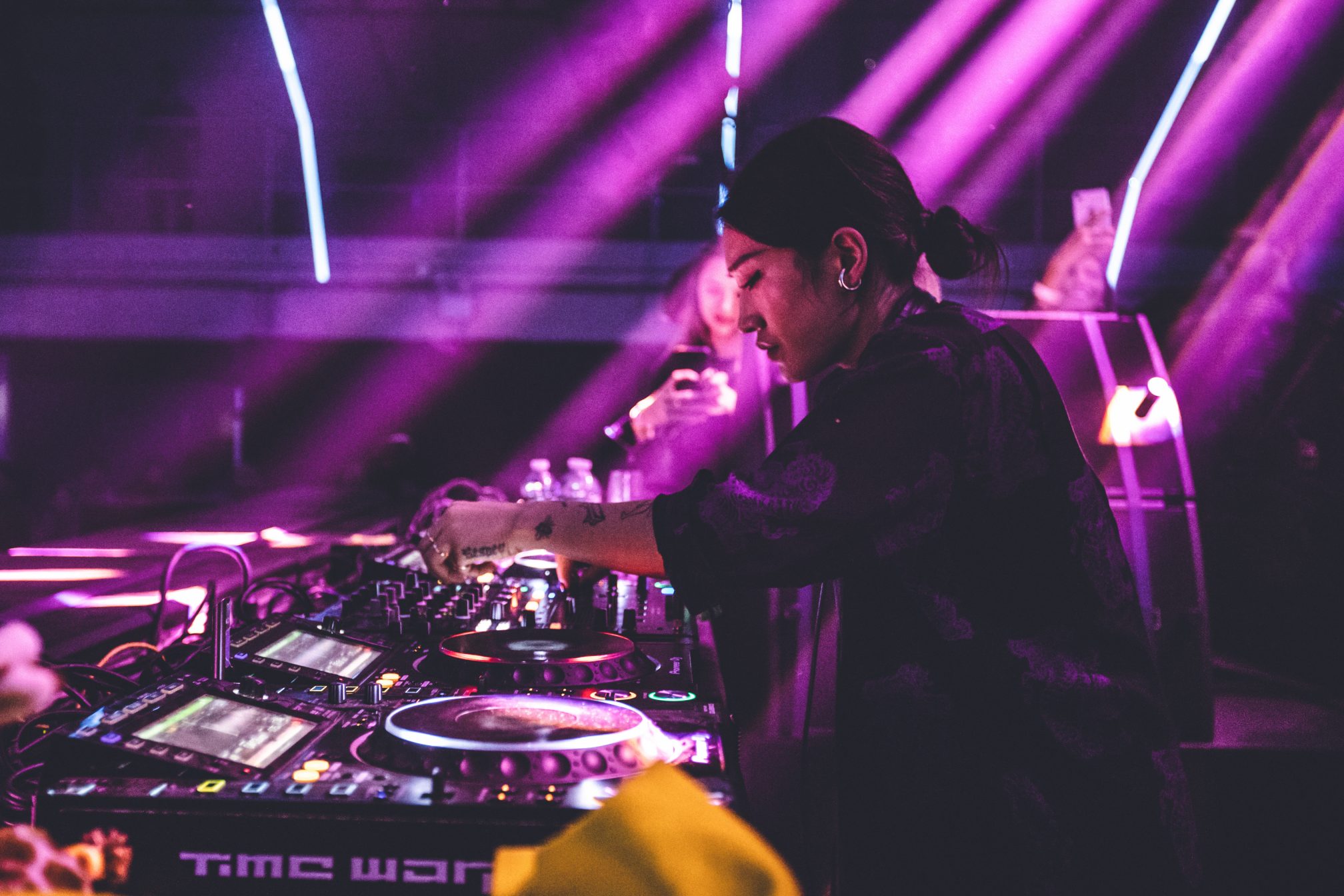 As night two came to fruition, I made a promise to be more attentive to other sets after Villalobos sent me on a journey of my hippie spirit. The overall energy of night two was a bit different. The security guards were heavily observant, although the venue was slightly less full. For me, the crowd had been somewhat overwhelming the night before with so many different people enjoying the same space together. As a result Saturday was easier to navigate.

Read this next: The tracks that defined Time Warp 2015

Denis Sulta began dancing the night away in the main room, playing harder than usual to appease the crowd before ending on Deadmau5’s ‘I Remember’. For a crowd of mainly techno-lovers, this went down like lighting a match to dynamite, it was explosive and indicative of a largely American audience moving from the EDM of yesterday to something with a bit more bite. Tijana T did the same in room two, blending in disco with heavy techno basslines, she easily traversed through different genres. This was a festival however, with ample room for party classics alongside stripped-back darkness and Armand Van Helden’s ‘You Don’t Know Me went down with the same fervor as Deadmau5.

The second room became packed to the brim as Peggy Gou stepped up after Tijana. In the past couple years, Gou has gained a hefty following both in and out of the dance music scene, drawing in crowds from all directions. Her crowd was spilling over the edges as people climbed on pillars to get a glimpse of the hyped selector. She presented a wide array of genres and sounds with extreme focus, ranging from electro to underground hits, always hit with a touch of acid influence. Her set gave off a very free feeling, and after a slight lull in energy (largely down to how overpacked the room was) she bounced back, with the Soulwax remix of Marie Davidson’s ‘Work It’ acting as a the highlight. Her world-conquering hit 'Starry Night' was a particular stand-out, showing that even a techno-hungry audience are happy to sway on the spot with their hands in the air.

Floating downstairs, I was pleasantly surprised by Sven Väth. Although an electronic dance music legend with a career spanning over thirty years, I had never quite swam in his waters. He ended up being a joy to watch, throwing down hard hitters solely on vinyl. His set was organized and direct. I came to understand his love for the filter as the flowery circular visuals behind him followed along. Midway through, he continued to build the beat with Outlander’s 1996 track, ‘Vamp’, bringing the old rave to the new.

To end the night downstairs, Maceo Plex and Loco Dice proceeded with heavy hitters accompanied by intense, strobe lights. Over on Floor Two, Nina Kraviz bumped her niche of techno. To be honest, for someone so insanely popular, Nina Kraviz didn't quite hit the mark. Although her set had space-like vibes, her tracks didn’t provide enough dimension. To give her credit, the sound seemed way off when she first came off and the initial 15 minutes acted as a lull. By the time we poked our heads back in towards the end of her set though she, as usual, had full control of the crowd and appeared to be having just as much as fun as them.

But, by the end of night two, it seemed like everyone - from all ends of the dance spectrum - had gotten their fix, leaving with smiles while looking ready to pass out. 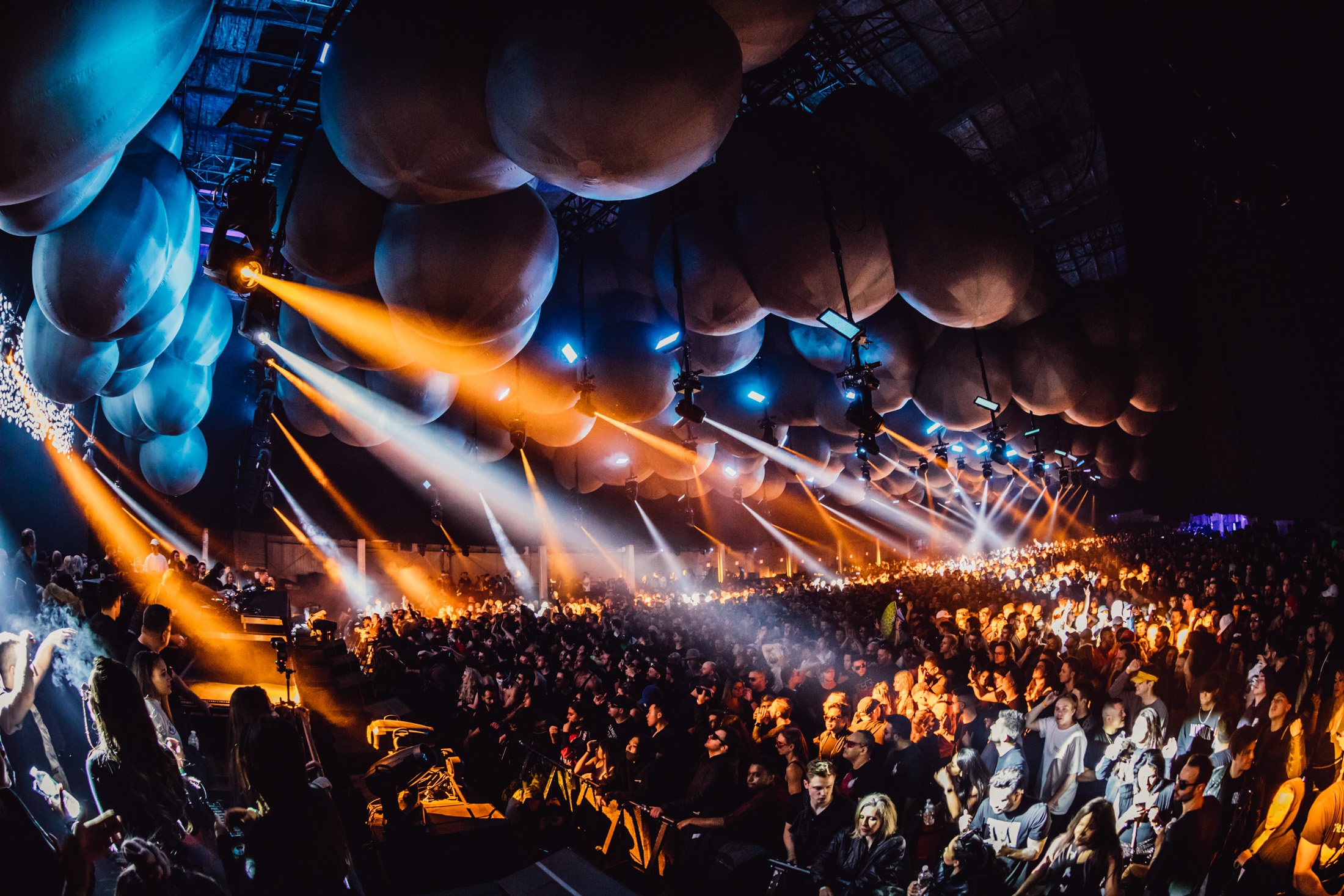 Time Warp NYC was beautifully well-done. As with any festival you quickly realize that it’s nearly impossible to experience every DJ on the line-up. Next time, I’ll try not to get too enraptured in Villalobos’ web but then again, I now know that’s not an easy thing to get untangled from.