Whether it may be cooking up the largest hamburger ever created or pulling off the world’s loudest scream, the lengths that thousands of people will go to in order to get their name inside The Guinness Book of World Records ranges from the wildly impressive to the utterly insane.

With the popularity of festivals, nightlife and DJ culture skyrocking over the past two decades, many individuals and collectives have made it their mission to enter the exclusive group of artists, music industry types and regular folk who have the “honor” of holding a world record. While superstar DJs such as Steve Aoki hold the world record for things such as “longest crowd cheer” and “most glowsticks lit at the same time”, both fledgling and established party enthusiasts have come up with a slew of creative avenues in order to carve out their own spot in this book of wild abnormalities and awe-inspiring feats.

Check out 10 of our favorite electronic music related world records below.

At the age of 3 years old, Oratilwe AJ Hlongwane (aka DJ Arch Jnr) took the Internet by storm in 2015 after taking the stage on the show ‘South Africa’s Got Talent’ to showcase his skills behind the decks on national television. At the age of 5, DJ Arch Jnr took the world record for Youngest Professional DJ when we was booked to play a bar in Cosmo City, Johannesburg in 2017. He played his set for over 100 people at the nightclub. The record was previously held by six year old Itsuki Morita from Japan. 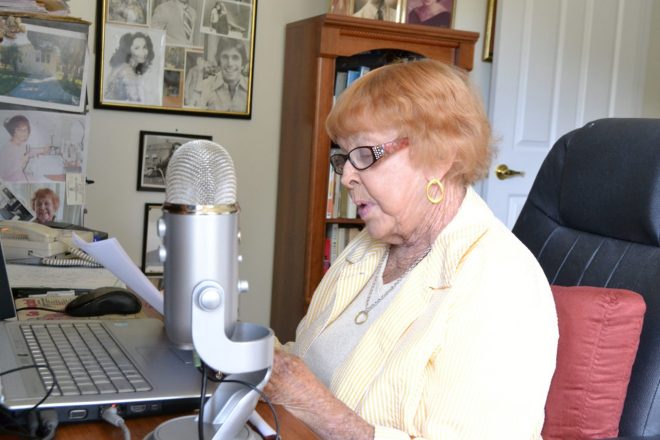 Born in April of 1920, the oldest professional DJ was 94 year old Sally Hille - who presented a weekly podcast on WMOA, in Marietta, Ohio, USA, as of 31 July 2014. The show was called News for Seniors on WMOA.

While Sally Hille holds the official record for oldest professional radio DJ, the Japanese 82 year old Sumiko Iwamuro (aka DJ Sumirock) has taken her love of DJing to an energetic level that is unheard of for someone her age. After going to music school to learn the craft of DJing back in 2013, you can now find DJ Sumirock consistently playing at nightclubs in Tokyo’s Red Light District for crowds both young and old. Iwamuro says that her dream is to go to NYC someday so she can pursue her DJ career professionally. Check out her heartwarming style and dedication in the video below.

In 2013, the EDM duo Dada Life got 3,813 party-goers to participate in breaking the record for world’s largest pillow fight. The group had been known to incorporate pillow fighting into their rowdy raves in the past and decided to take on the world record as part of the promotion for their single ‘Born to Rage’. Check out the video of this chaotic event above.

Measuring in at six feet, seven inches high and three feet wide, Rotherham natives Gerard Omar and Stephen Robson created what is still recognized as the smallest nightclub in the world. With a total capacity of six patrons and one DJ, the creators of Club 28 said the motivation behind the creation of this party shed was to bring “something fun and different to Rotherham” and to “improve arts and culture whilst engaging local people.”

More recently in 2018, a small town in Devon called Kingsbridge is planning to make use of an old phone box by turning it into what they say is the world’s smallest nightclub. It's not yet clear whether this was a success.

Most music festivals in 30 days 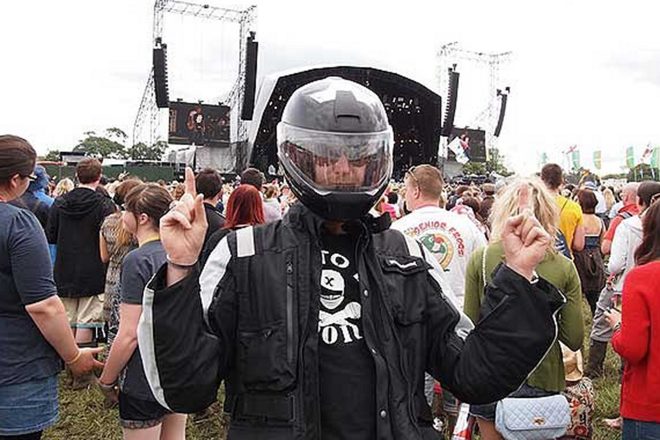 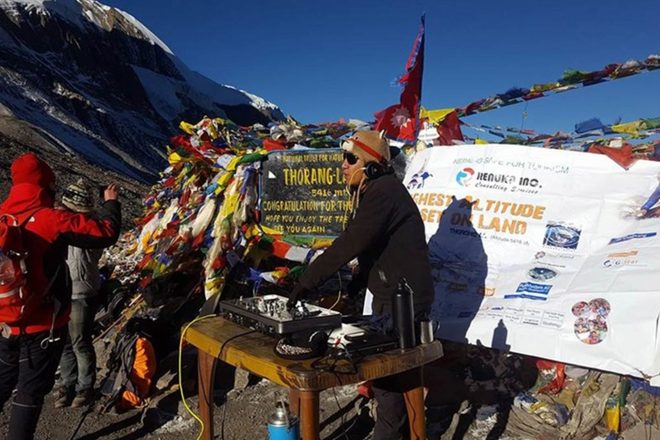 While Paul Oakenfold climbed up to Everest base camp to play what he claimed to be "the highest party on planet earth", the world record for highest altitude DJ set on land belongs to Nepalese DJ Chhewang Sherpa - who played an eight song set at Thorong La Pass for a small, ticketed audience at an altitude of 5,416 meters on October 27, 2016. 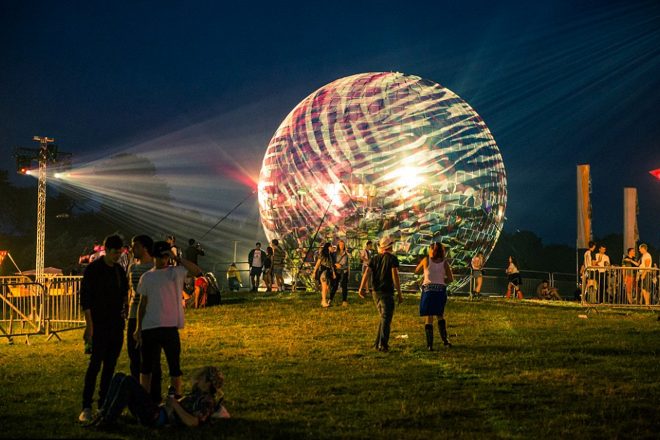 When scouring through the Guinness Book of World Records, creating something that is the world's “biggest” or “largest” is the compedium’s most common category. From the world’s biggest rubber band ball to the world’s largest sand castle, there are numerous ways to create an object that can land you in this eccentric book.

In 2014, legendary musician Nile Rodgers challenged Bestival founder Rob Da Bank to create the world's biggest disco ball for his performance with Chic at the upcoming festival. With 2,500 mirrored tiles - which would stretch a kilometer if laid out in a row - Rob da Bank commissioned the creation of a 33 foot disco ball that hung suspended during the four day event.

For more, here are 30 photos that prove disco balls rule the world. 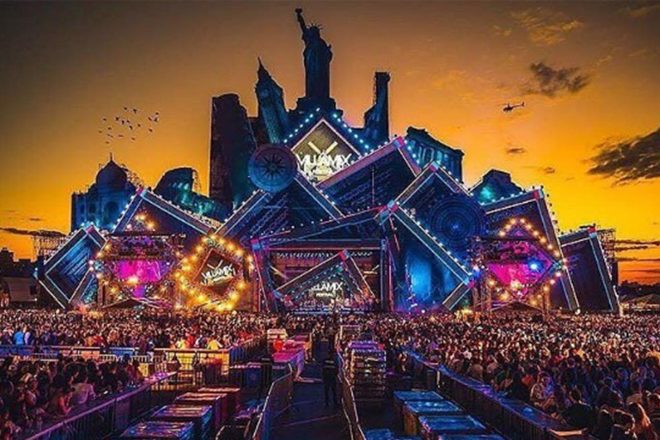 In June of 2017, the Villa Mix Festival in Brazil created the largest stage rig ever built for their annual music event. Having beaten their previous record set in 2015 for creating a stage that measured 30,000 square feet, their attempt to beat their own record saw the creation of a 31,215 square foot stage that towered over the audience at 227 feet high. 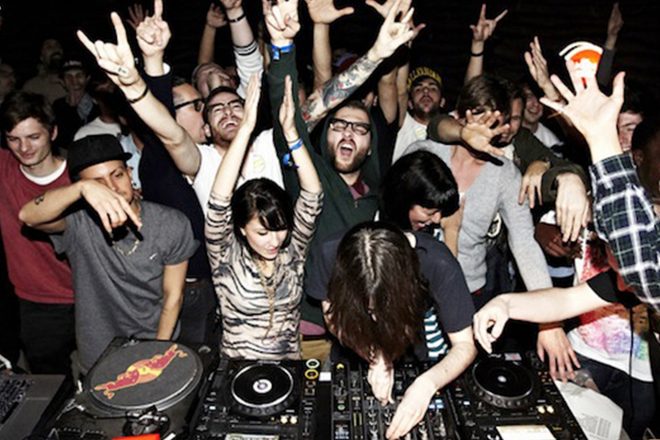 This past September, the Australian music publication Stoney Roads took it upon themselves to create the largest b2b the world has ever seen. Recruiting 147 local Sydney-based DJs, an eight-hour session of dance music mixing - where each DJ was required to play one track and mix out of the previous track - landed the publication the record. Hats off to you lot! 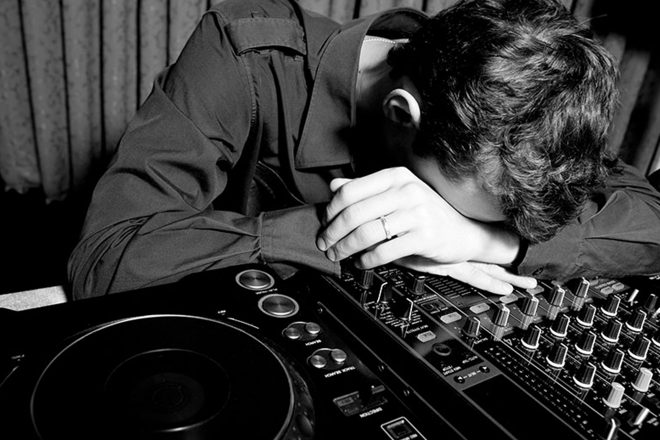 Hands down the most sought after Guinness World Record in the realm of electronic music, DJs have battled for well over a decade to hold the title of longest marathon DJ set. Having previously explored the ten most iconic marathon sets towards the end of last year, the sheer stamina and willpower of many of these DJs - who have sacrificed days of their life with no sleep or rest in order to obtain this record - is truly a testament to mankind’s dedication to partying. We’ve compiled a list of the ten longest sets on record below.

In order to fully qualify for the title, DJ Obi had to follow strict Guinness World Record guidelines: he was allowed one five minute break every hour, allowed one hour break every 12 hours, had to have at least one person dancing at all times and could not repeat a song within four hours of playing it. He was afforded medical check-ins and was also allowed to take vitamins throughout the week long event, and explained that he survived it by taking “disco naps” (closing his eyes for five seconds) but could not actually fall asleep otherwise he’d be disqualified.

He probably wouldn’t recommend trying to beat his record, though, as he explained afterwards that around the fourth or fifth day, he thought about giving up as he began hallucinating… but somehow, he pulled through.