It’s 2:AM in The Hague. Rewire Festival, one of the highlights on the experimental music calendar, is in full flow. At the city’s PAARD concert hall, The Bug is winding down his hour-long sonic onslaught, and Kenyan artist Slikback is up next. Propulsive club beats and scattergun rhythms soon engulf the room, set against the suitably glitchy visuals of Aphex Twin collaborator Weirdcore. It’s the kind of immersive assault on the senses that Rewire has built its reputation on. But unlike The Bug and the rest of this year’s line-up, Slikback’s set is being live-streamed from his bedroom in Nairobi. Not for the first time, an unsuccessful visa application has deprived him of a memorable festival appearance.

“Missing out on Rewire was really hard,” he admits over Zoom the following month. “Every time it happens I get more cynical. It’s starting to hurt deep down.” The indignity of being unable to fulfil club and festival bookings has become a frustratingly regular occurrence during Slikback’s short career in music — a sobering reminder of the additional obstacles that many artists from the Global South are faced with on their journey to success.

It’s therefore somewhat ironic that Slikback, real name Freddy Mwaura Njau, is making music far more interesting than the bulk of his Western techno counterparts - most of whom are blessed with a perpetually stacked touring schedule. A refreshing disregard for genre conventions and naturally experimental approach to production have singled him out as one of the most exhilarating artists in electronic music right now. 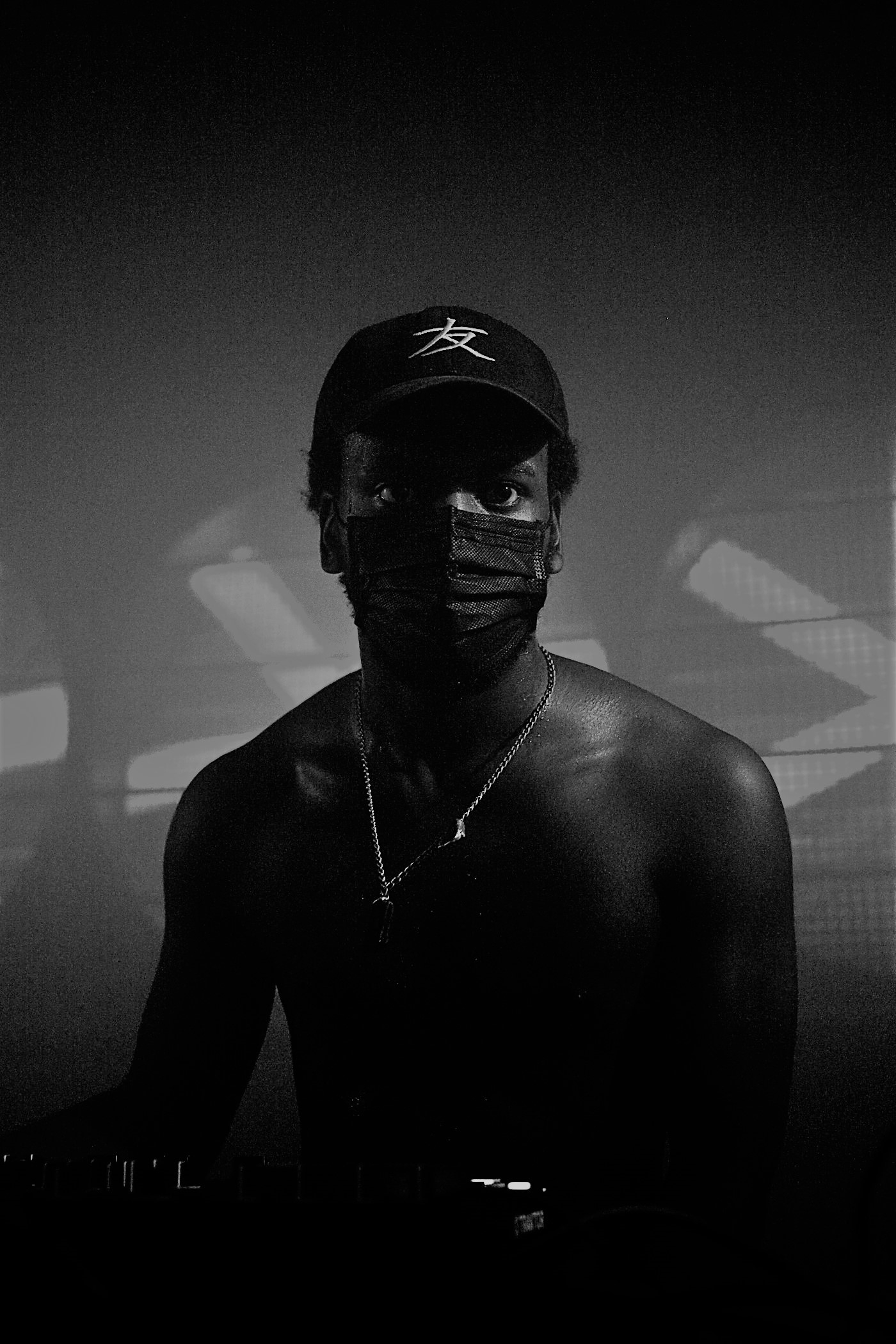 Njau’s first exposure to dance music came during his mid-teens. After growing up with no internet access, it was around this age that he received his first radio, and recalls having his mind blown by the alien sounds of commercial EDM. “I was always asking my cousin - who was really into EDM - to show me new stuff,” he says. “He told me that there’s this thing called DJing, where people go on tour and play at festivals like Tomorrowland. It sounded like some crazy fantasy world.”

It wasn’t long before this strange phenomenon became an obsession. Njau discovered VirtualDJ and then Fruity Loops, identifying “an instant connection” with the latter. “It felt like something that was meant for me,” he says of the production software, now known as FL Studio, which he continues to use to make all of his music. Even more crucial was his decision to go to college in Uganda, where he witnessed the wild experimentalism of the Nyege Nyege crew first-hand.

Read this next: Meet the Nyege Nyege Festival team

“At that time I was making dancehall and trap with touches of EDM,” he recalls. “A couple of my college friends heard my stuff and were like ‘oh shit you’re making experimental music’. I didn’t quite get what they meant at the time, but they knew the Nyege Nyege guys and really wanted to show them my sound. The problem was that my school was two hours away from Kampala via bus. I delayed going as I couldn’t afford it, but eventually my friends said ‘fuck it, we’ll pay for your transport - let’s go.’”

It proved to be a more than worthwhile journey, with Njau striking up an immediate bond with the collective and later releasing his maiden EP, ‘Lasakaneku’, on Nyege Nyege sub-label Hakuna Kulala. Five tracks of warped vocal chops, pummelling bassweight and rolling percussion, the adventurous record set the tone for what was to follow. “Before the release I was trying to figure out how I wanted to be seen in the world,” he says. “But once it came out it was good for me. The small things, like someone playing my song in a DJ set, felt crazy. The fact that people liked my music enough to share it blew my mind.” 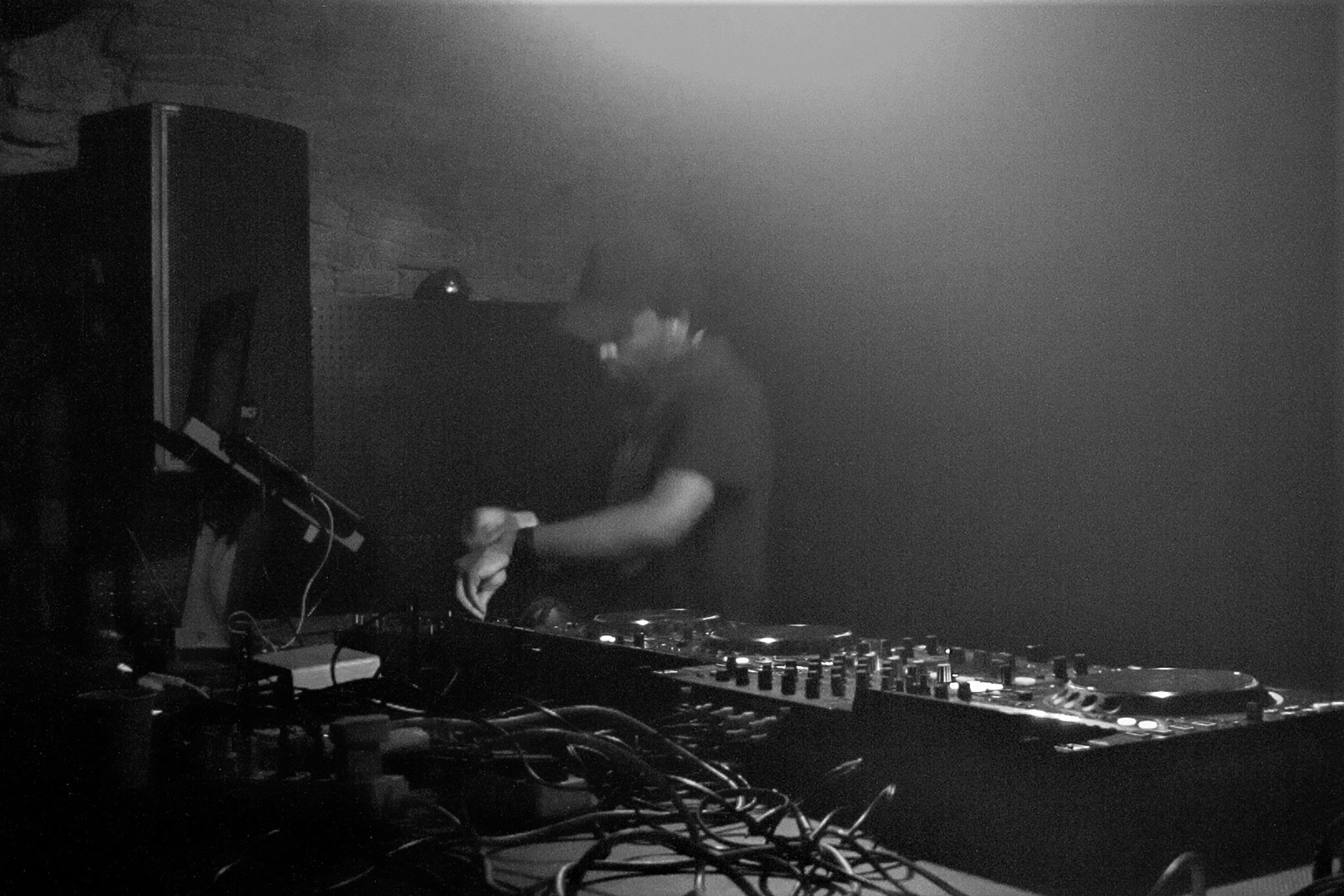 Propelled by the success of his first release, Slikback has spent the last few years releasing music at a dizzying rate. Since the start of 2021, for example, he has released three albums - one of which is a sprawling 30-tracker - and a further five EPs. The sounds on these records oscillate wildly, taking in everything from bludgeoning noise and maximalist, proto-industrial fodder through to instrumental trap, flickering club deconstructions and sparse ambient improv. To put it simply, Njau lets emotion and self-expression guide the creative process.

“The most important thing is staying true to myself,” he agrees. “Like sometimes I make a song and from a technical sense I think it’s bad, but I have such a huge connection with it that I struggle to keep it contained. The bass could be off or the hi-hats too high, but that rawness becomes appealing. I try to avoid editing tracks just to make people happy. I want to first make myself happy, then the people who want to connect with my music can eventually connect with it.”

Such is his appetite for making and putting out music, Njau has taken to self-releasing much of his recent output, citing the additional freedom as the motive for doing so. “I was starting to get a bit lost in the whole label business,” he admits. “I make so much music - often going through stages of making it every day - and got a bit tired of not being able to release it when I wanted to. When COVID hit, it gave me time to think about what I wanted in my life, and I realised that one of the most frustrating things for me is the length of time between submitting music and when it comes out. Also, sometimes I subconsciously feel like I need to fit the mould of what the label expects, and end up watering myself down or exaggerating myself too much to fit this mould. Self-releasing has taken away a lot of that pressure and I’ve started to have fun with music again. 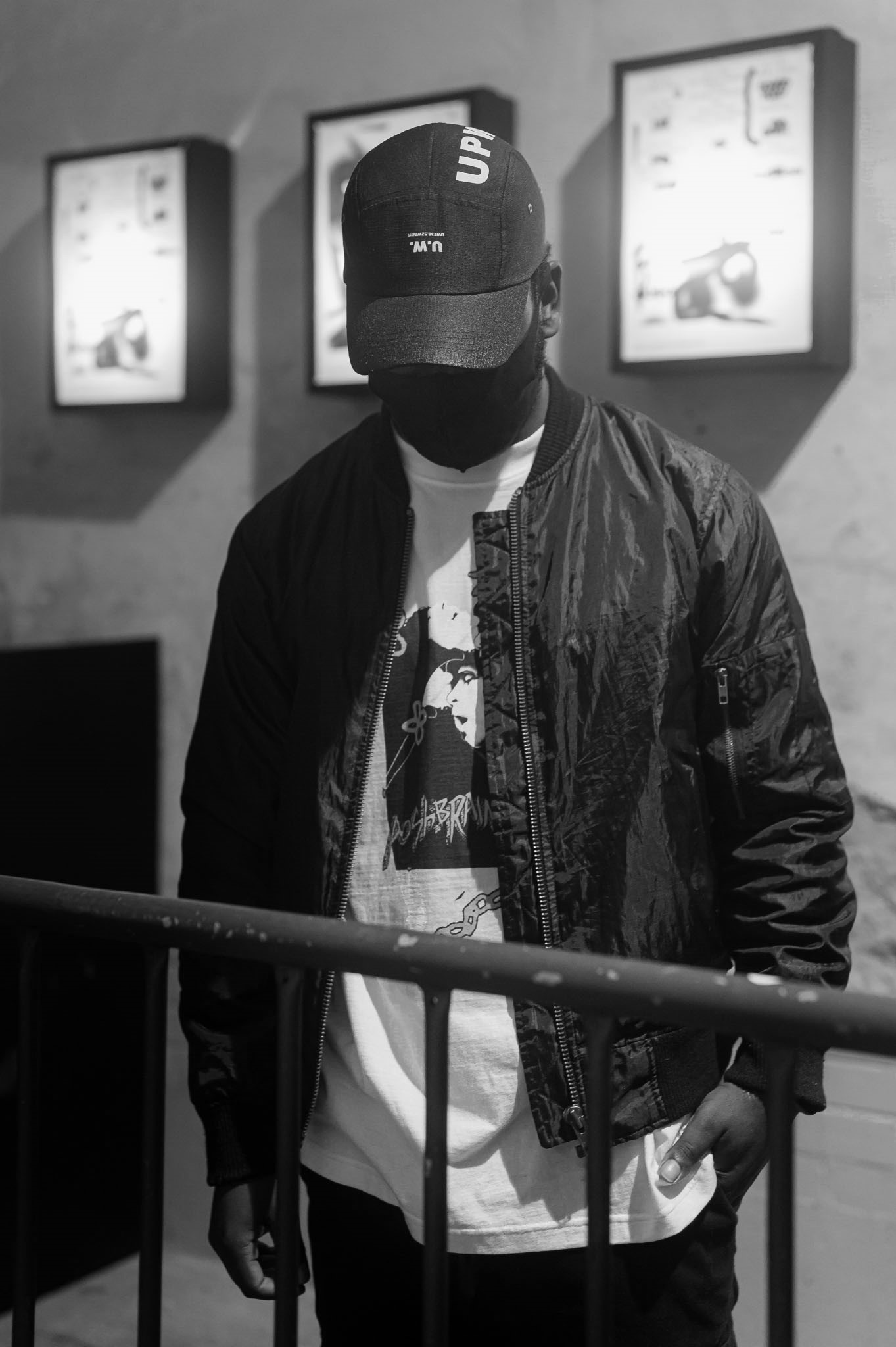 Njau’s decision to work out with record label parameters has coincided with him embarking on an abundance of collaborative projects. These collaborations, which he describes as “a celebration of shared concepts and ideas,” involve artists such as Objekt, Shapednoise and Hyph11E sending him a sketch of a track, which he then completes and puts out as a joint release. “Freddy and I connected through the Internet and we started collaborating from a distance during COVID times,” says French DJ and producer Brodinski, who joined forces with Slikback earlier this year on their ‘LOSSLESS’ EP. “We linked up in Paris last December to work on the EP and I was blown away to see him work. He's got such a high energy in his music.”

Bristol industrial techno innovators Giant Swan, who featured on Slikback’s latest album ‘CONDENSE’, paint a similar picture of his warmth and creative talent. “Our collaboration came about through Freddy messaging us on Instagram,” says the duo’s Robin Stewart. “He proposed the idea of us writing some music and him then completing and mixing it. It was something that I was immediately interested in because I love his productions - plus the way he approached us was so casual and friendly. I can only speak for myself, but I think he’s one of the most drilled and visionary producers in the game - so fiercely honed in on the ideas he has and the way he executes them. He’s amazingly talented.”

The fact that so many notable artists recognise Njau’s prodigious musical talent makes his inability to travel freely for shows all the more unwarranted. More recently he has fared better on this front, having his visa application accepted for a string of European dates across May and June, including a landmark recent performance at Tresor, but a bigger priority is his commitment to “making things happen” in his native Kenya.

“That’s one of my goals,” he insists, detailing his desire to work with rappers and MCs from Nairobi’s burgeoning drill scene. “There may be a lack of resources in the region, but when we adapt to the simple things we have, we end up making some really amazing stuff. I’m glad I was born here for sure.”