"A tool for protest": DJs from the Global South are fighting oppression with music - Features - Mixmag
Home Latest News Menu

Female and non-binary DJs and artists from Global South countries are lifting each other up in the face of political and economic oppression. Not only fighting gender inequality, they’re confronted by occupation, apartheid, oppression, proxy wars and gender-based violence, underscoring an inextricable connection between music and politics. When carving out a career in music is tricky at the best of times, their ability to overcome these challenges and emerge in the music world is a testament to their passion, determination, and the power of community building. 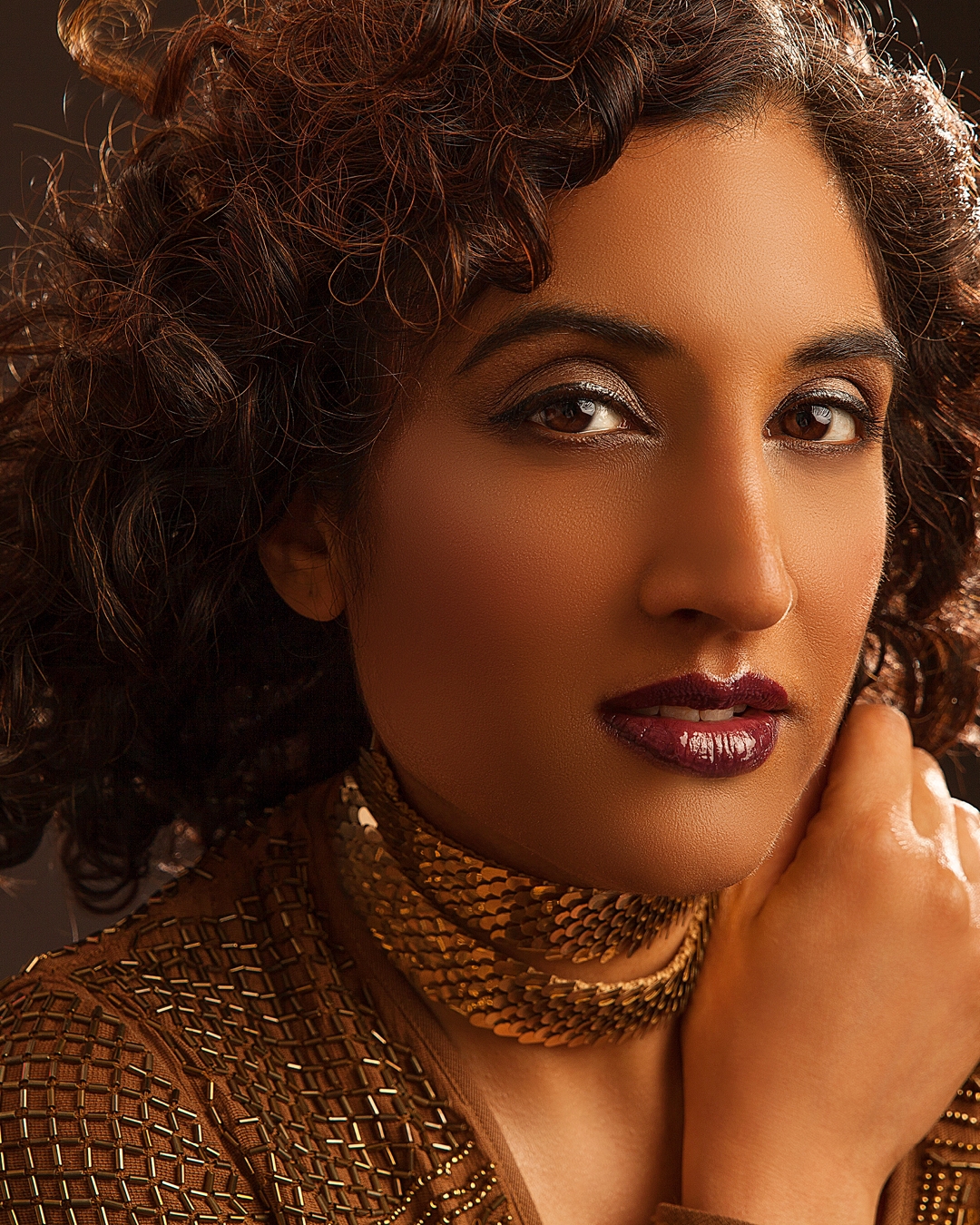 Campaigns advocating diversity in dance music are growing in number as music platforms place greater emphasis on women from Latin America, Africa, the Middle East and Asia. London-based Indian-Pakistani DJ, producer and vocalist Rena Biring aka Psibindi became the protagonist of one such platform in 2012 when she launched Psy-Sisters. “At the start, it was a case of responding to the lack of female artists on line-ups. We’re now getting more active by placing greater focus on women and non-binary artists from parts of the world where gender inequality on line-ups is only one of the many issues they’re dealing with.

“By promoting artists from countries like Mexico, Iran, China, South Africa and Lebanon, we’re also bringing attention to the fact they’re not only dealing with gender inequality in society, but also with volatile political climates. We’ve got to take inspiration from their strength and energy, and from the work they’re doing with music to deal with these kinds of challenges.”

Mexico-based Palestinian DJ and producer Nour said she uses her music as a tool to raise awareness of political oppression at home - as witnessed by the fatal violence that ensued recently following anticipation of the latest spate of forced evictions of Palestinians living in Sheikh Jarrah.

Read this next: “This isn't about sides”: Palestinian artists call for music world to support 'basic human rights'

Previously, proceeds from Nour’s 'Jawi' EP helped one campaign raise $30,000 for refugees in the West Bank’s Balata Refugee camp - the biggest in Palestine - where she volunteers for months at a time.

The Balata Refugee Camp in the northern city of Nablus was built for 5,000 people but is now home to 27,000 Palestinians. Nour also joined forces with NGO Beyond Us in 2019 to help transport graffiti artists to the camp from Japan, Canada, Russia, the US and India, allowing them to teach graffiti workshops to kids who covered the facility in art. “Many of these kids have hardly seen life outside the camp, so it was really special,” she said. 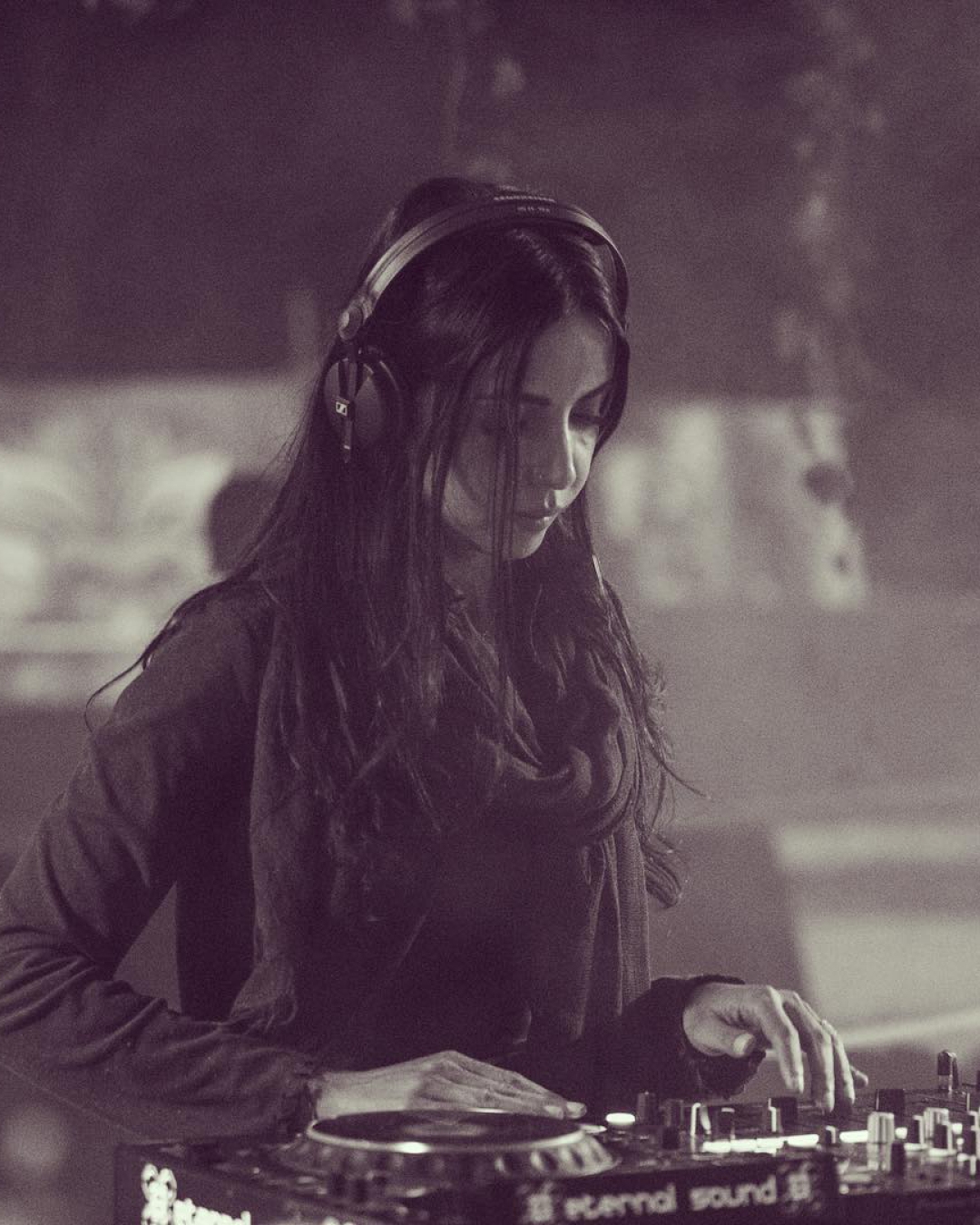 Speaking about gender inequality in the region, she added: “We have bigger things to worry about. Yes, female producers lack representation in the music industry, but when I’m in Palestine, I don’t feel that. Palestinians just want to let go and escape the reality for a minute and not think about life under occupation, so they’re not going to bring more conflict into the equation by discriminating women. It’s just not relevant for us. It’s more a case of ‘hey can you make us dance with your music?’”

Nour is currently using her platform to provide exposure to other Palestinian artists, including singer Ibrahim Abulaban who will be featured on her next EP 'Bahlam' (meaning ‘dreams’ in Arabic), due for release on Get Physical Records.

Read this next: "Our music scares Nazis away": How Poland's DJs became activists fighting for LGBTQ+ and women's rights

“This EP is a tool for protest because [Ibrahim] wouldn’t normally get this kind of exposure for his voice. So music and politics do mix when you come from a political place; your art is automatically political because you’re inspired by your surroundings. If I’m sitting in a war zone, I’m not going to make a pop song in the studio.

“I was in a dark place when I made 'Jawi', it was in response to what’s happening in Palestine. When we’re sitting within walls built by Israel, music coming from within them is a response to that.”

South African hip hop artist Yugen Blakrok told me it was a different story for women in her country where female MCs are “pitted against each other without even knowing it.” She said the media is one of the biggest culprits in such a game when it uses language to objectify female artists while setting them up to compete with each other. “They will ask followers if they prefer Nakai or Rouge, or [a magazine cover story will be based on] who is going to dethrone the female artist on the front cover.”

Yugen says that such “aggressive and sexist titles” are specifically designed for women “to intentionally create conflict between them", adding that it would not be an issue if male artists were pitted against each other in the same way and given titles like ‘King of Hip Hop’. 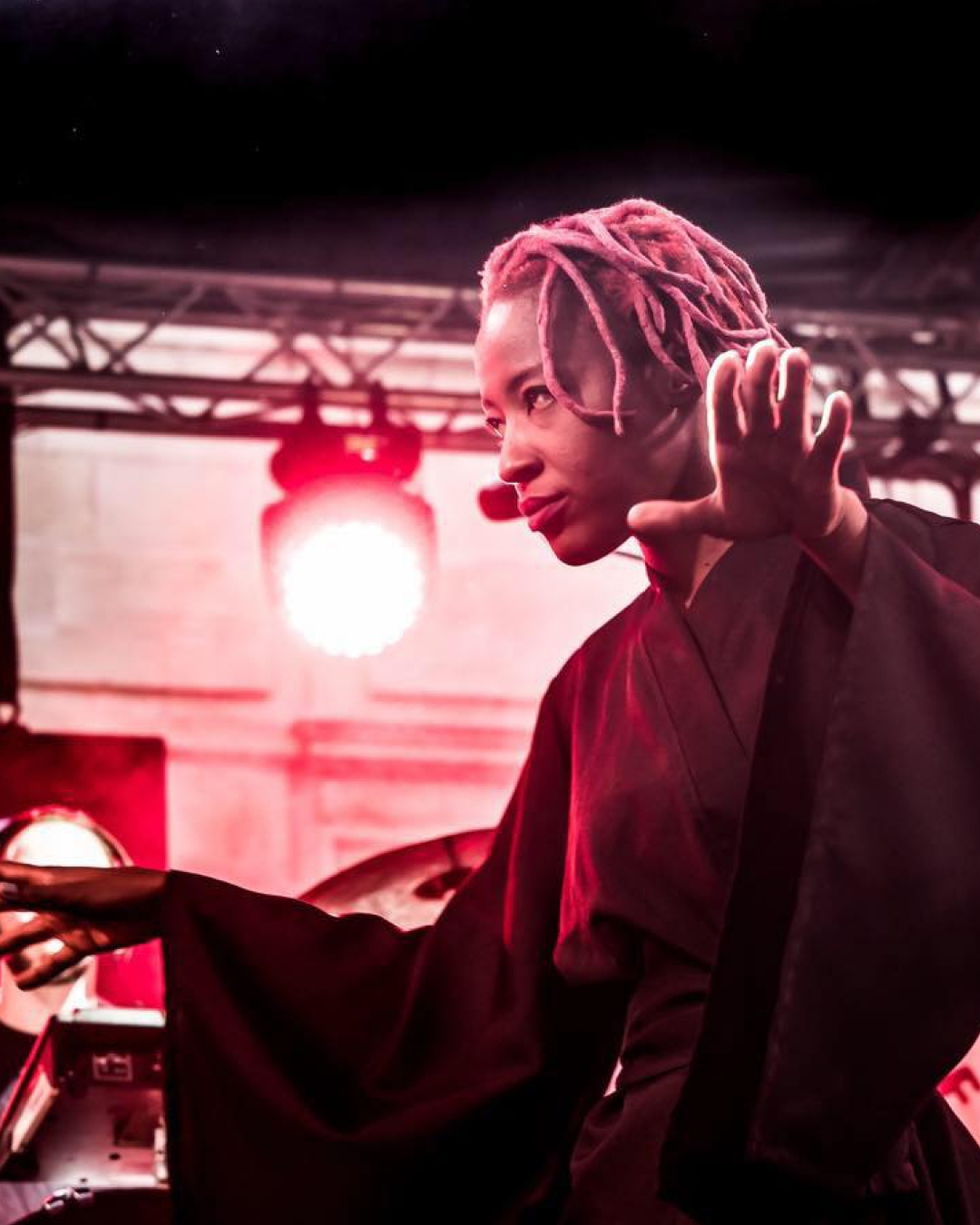 Not surprisingly, Yugen has the capacity to smell a rat from a mile. A few years ago, she “disappointed” male TV presenters hoping for “some beefy cat fight remark” about rapper Gigi Lamayne when she told them “we need more diversity and women in the scene doing well like her.”

Female hip hop artists from South Africa are “not into conflict and beef like men”, she tells me. “We don’t play to it. There is a general respect and awareness of each other, of our differences and strengths; we don't have to do big posse tracks to prove there’s unity. Everyone is conscious of what’s going on, so its generated this unspoken respect and understanding without us even meeting each other.”

She adds: “I’ve witnessed displays of sisterhood across the global hip hop community where we encourage each other to keep moving.

“For example, Yarah Bravo came to one of my first gigs in Europe and introduced me to her booking agent and I’m forever grateful to her for that. I’ve also been working with some South African arts collectives, helping pave the way for other sisters. If things were more equal, we wouldn’t have to pull each other up or work 10 times harder.”

But Yugen says gender inequality is not the only battle. Corruption levels and the political situation mean most artists need to leave South Africa to make it.

“It’s so intense here; especially over the last 20 years with the ANC [African National Congress - South Africa's governing political party], which we thought was going to change things. Instead, we see schools getting burned; we have majority unemployment and inequality. More recently, millions of Rand for artists from the COVID Relief fund also went missing.”

But she said the growing influx of female artists in SA are creating space with their sounds, while delivering a response to both patriarchal attitudes and socio-economic issues. 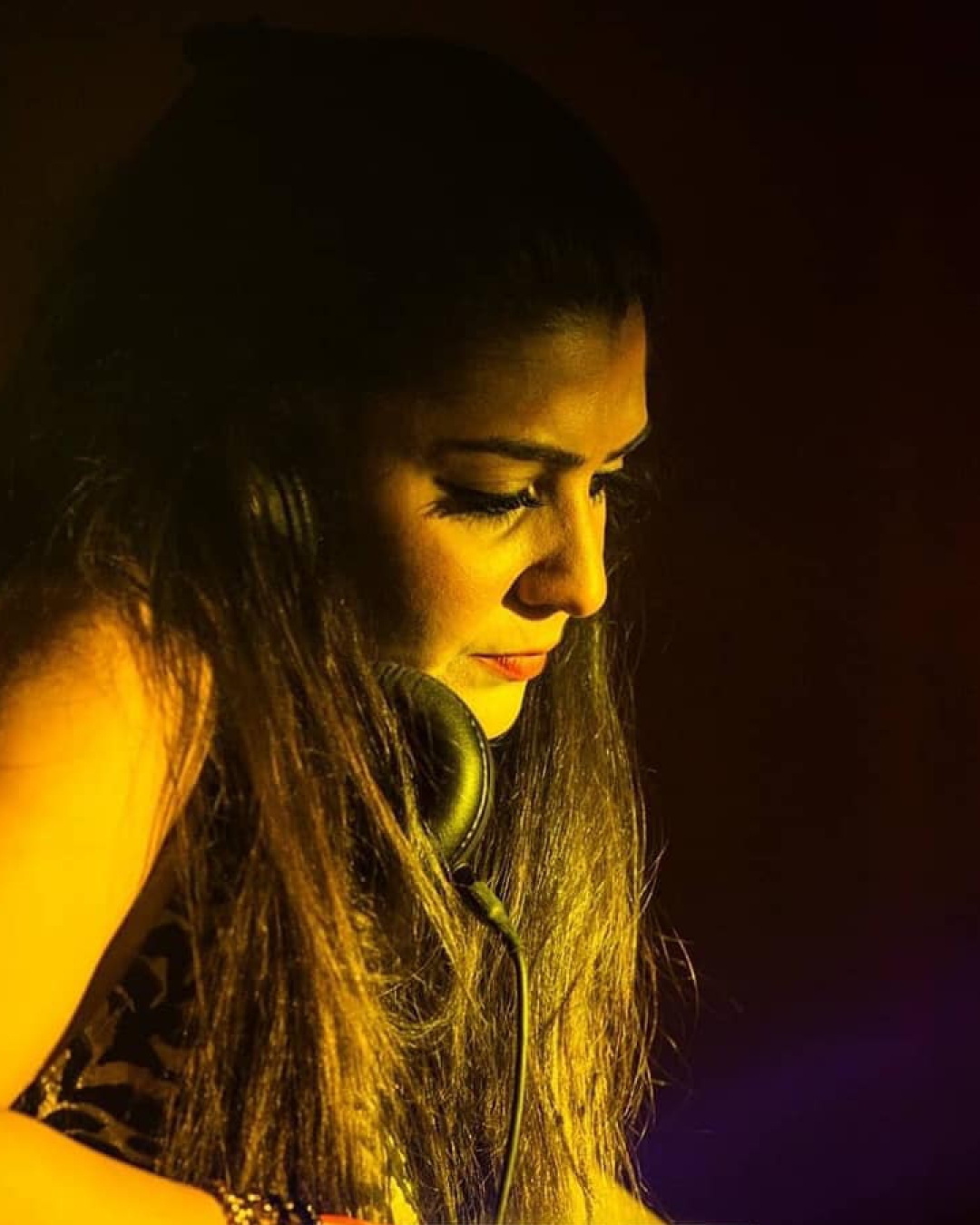 Damascus was a different planet to current day Syria in 2007 when DJ Odette first hit the decks at the city’s clubs. Surrounded by a mostly male support network, she said she became the first female DJ to play trance music in the Middle East.

Read this next: Underground House Syria: Meet the duo building a house music community against all odds

But for Odette, gender inequality was not the main issue in Syria where she said she experienced “a liberal outlook” that’s now been overshadowed by the travesty of war and foreign occupation, and which led her to seek asylum in the Netherlands, where she is now studying music production and sound engineering. “I was 19 when I started out. I began playing in places like Bahrain and even organising events in Saudi Arabia where I grew up and where female DJs could not even be imagined," she says.

Hot on the trail of new reforms which “made it possible for women to get out and DJ in Saudi Arabia,” Odette passed the baton to DJ Viva who launched her career three years ago.

Viva told Mixmag: “When I came to Saudi Arabia in 2002, it was a much different culture-scape than currently. Women played a minor part in society; their role in music and entertainment was almost unheard of. They were mainly seen working in hospitals or in girls’ schools, they were not even allowed to drive.

“But fast forward to 2018, women can thrive in all fields. They’re no longer required to be shrouded in black; we work in all fields, including music.” 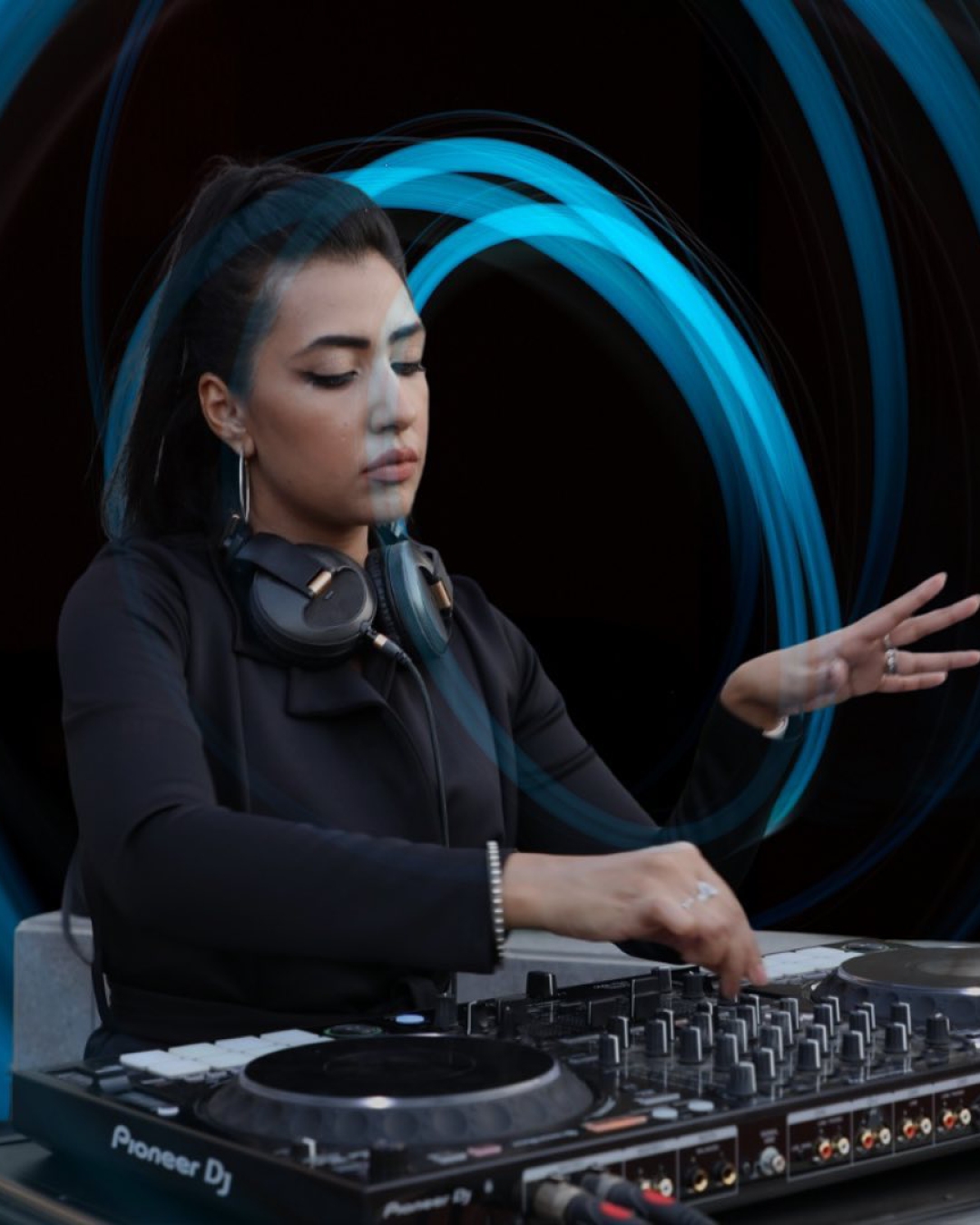 Viva said she has also experienced sexual harassment from men who think it is “undignified” for women to work as artists “if they are not covered in a black cloak.” She added: “A lot still has to change. However, music is highly psychological and has the power to make that change.”

In Nicaragua, the combination of gender-based violence, LGBTQ+ discrimination and anti-abortion laws prompted ambient music DJ and producer NAOBA to join arts and human rights platform Managua Furiosa to teach music production workshops to female and non-binary artists. Her music is also featured in a compilation album with tracks by “cis, transgender and non-linear producers” spanning Latin America to Istanbul.

NAOBA, aka Tamara Montenegro, who identifies as both female and non-binary, says: “Gender-based violence in Nicaragua makes it the third most-aggravated country in Latin America. We’re also lagging way behind Costa Rica, which recently legalised same sex marriage. But to me, music offers me a voice to empower women and non-binary artists. There is hatred and violence towards LGBTQ and trans women too, so it’s a political act for me to make this contribution with my creativity."

According to a report published by Catholics for the Right to Decide, 69 women were murdered in Nicaragua in 2020 because of gender-based violence. 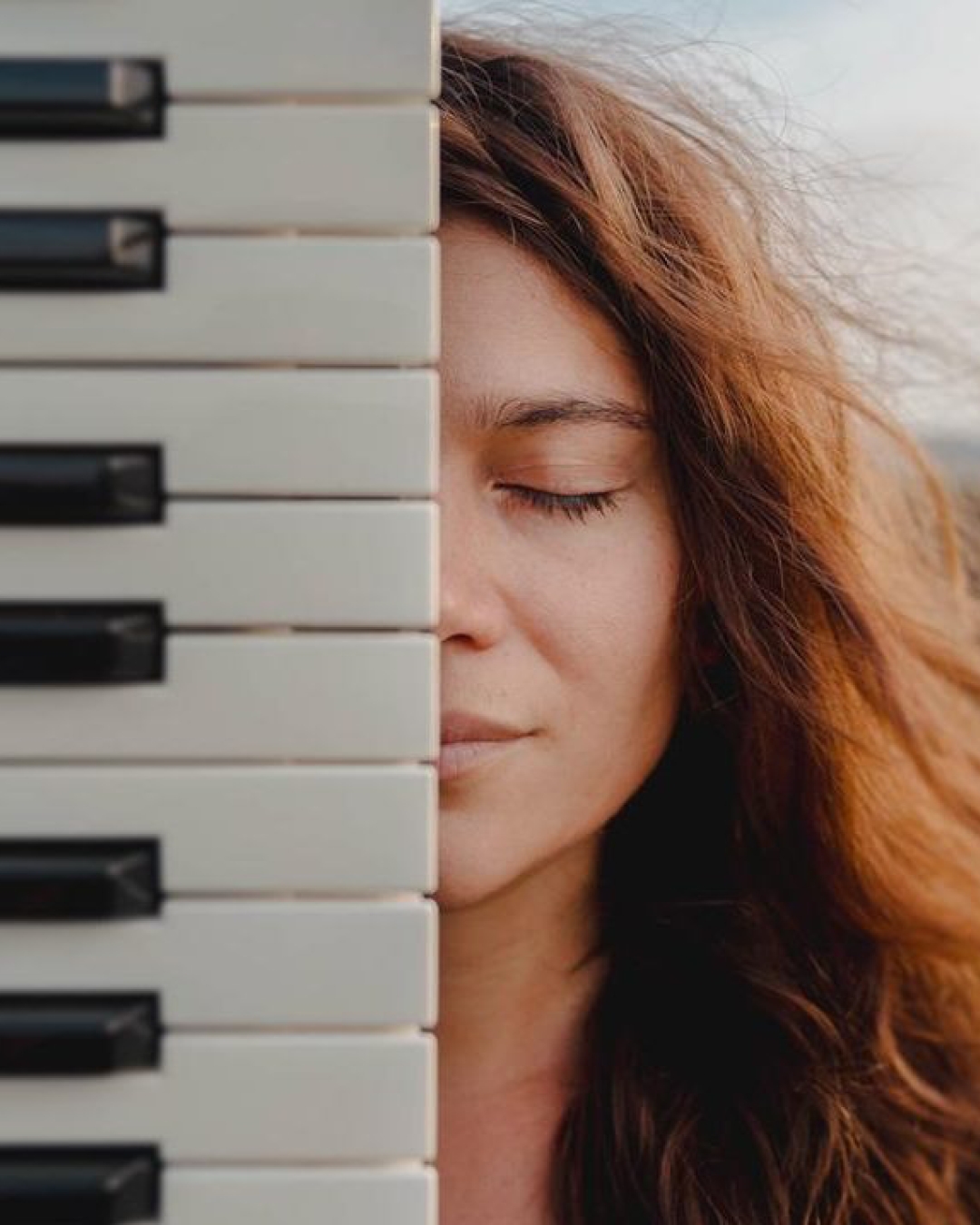 The indigenous artist who takes her namesake from the extinct Naoba people comes from a lineage of Chorotega and Nahuatl tribes.

NAOBA added: “It’s really important for me to maintain the visibility and richness emanating from this part of the world through my name. I consider myself to be an archeological artist, unearthing and maintaining ancient wisdom through the name of these people.”

NAOBA says they get their inspiration from their mother, who was a human rights lawyer with an NGO for women suffering domestic abuse. Their 16 year career in music has not been without its challenges.

“I was one of the founders of a music platform called MAGMA, which developed a male hierarchy as the group got bigger; but now my goal is to weave a strong central American music movement based on gender and ethnic inclusion, particularly in the face of the very heteronormative white culture present in north-American festivals and events promoted as ‘transformational’ and ‘conscious.’”

Music and politics may be two distinct worlds for some, but for artists from volatile climates, they remain inseparable when it becomes evident that art is the only tool they have to help create positive social change.