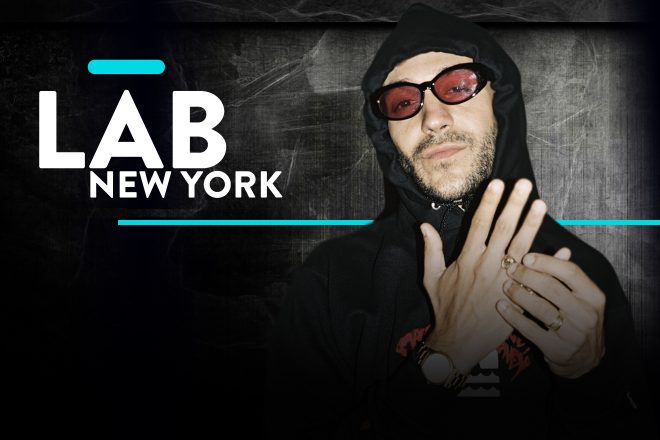 The Lab NYC is Mixmag and WAV's weekly live stream and post-work unwind, powered by Void Acoustics, where we showcase the finest DJs direct from our Brooklyn office. This Friday, November 16, we invite the illustrious talent Brodinski for a genre-defying DJ set of his signature sound.

Since emerging as a key figure of the Parisian electronic scene, with a long-time residency at the Social Club that shaped a generation of Parisian clubbers, Brodinski has remained one of the industry's most influential figures. In 2012, he co-founded his Bromance label, which quickly became one of the key creative imprints in Paris releasing material by homegrown talent such as Gesaffelstein, Club Cheval and Louisahhh as well as international artists. Throughout his career he's used an innovative approach in the studio, with his 2015 debut album 'Brava' bringing together techno production with American rappers. In recent years Brodinski has ended his Bromance venture while continuing to evolve as an artist. He's now working on a series of projects that focus on North America hip-hop and new music is sure to be on the way. His stop in The Lab NYC provides a rare moment to witness him perform in such an intimate setting.

After his performance in The Lab NYC, Brodinski will make his way to Output Brooklyn to perform a highly anticipated set alongside JUBILEE and Nasty Nigel. Find tickets here

To gain entry to The Lab NYC, patrons must be signed up to WAV. All you have to do is visit wav.mixmag.net to download the app. We'll see you on the dancefloor!