From the cellar to the sky: How SlapFunk went from illegal rave to the most unmissable party in Amsterdam - Scene reports - Mixmag
Home Latest News Menu

For a man who seems to know everyone in Amsterdam, Nelson Yogh Niemel (Yogh to his friends) is extremely focused one-on-one. He speaks quickly, barely able to get the words out fast enough about his adored label SlapFunk. A gold bottom tooth flashes as he laughs about one of SlapFunk’s first ever illegal raves which he describes as “the worst party I’ve ever been to in my life”. He puts a tattooed forearm over his eyes as he painfully remembers: “Like, thirty or forty people came. There was even a fight in the middle of this empty party… We didn’t talk to each other for three days after that. We weren’t angry, just disappointed.”

It must seem like another lifetime to Yogh as he leans against the booth of Amsterdam’s Shelter club, watching his best friends and label partners Ingi Visions open up their seven-year anniversary party. It’s midnight and, with seven hours of partying still to come, Shelter is very close to capacity already. The SlapFunk label may be seven today but its parties began 10 years ago when Yogh, brothers Samuel Deep and Julian Alexander (aka Ingi Visions) and two friends started throwing those raves in their home town of Utrecht, central Netherlands.

“The illegal raves were sick,” Samuel Deep tells Mixmag. “We did one on the thirteenth floor of an empty office block. There was no elevator so we dragged all the equipment upstairs and we had this beautiful view over Utrecht. It was really raw. All our friends came and in the end there were two or three hundred people.”

Word spread through their home city that these guys were throwing unmissable parties, and, aside from the painful dud that Yogh remembers, they only grew from there. “We just spread the word. People heard there was a SlapFunk party and they all came.” 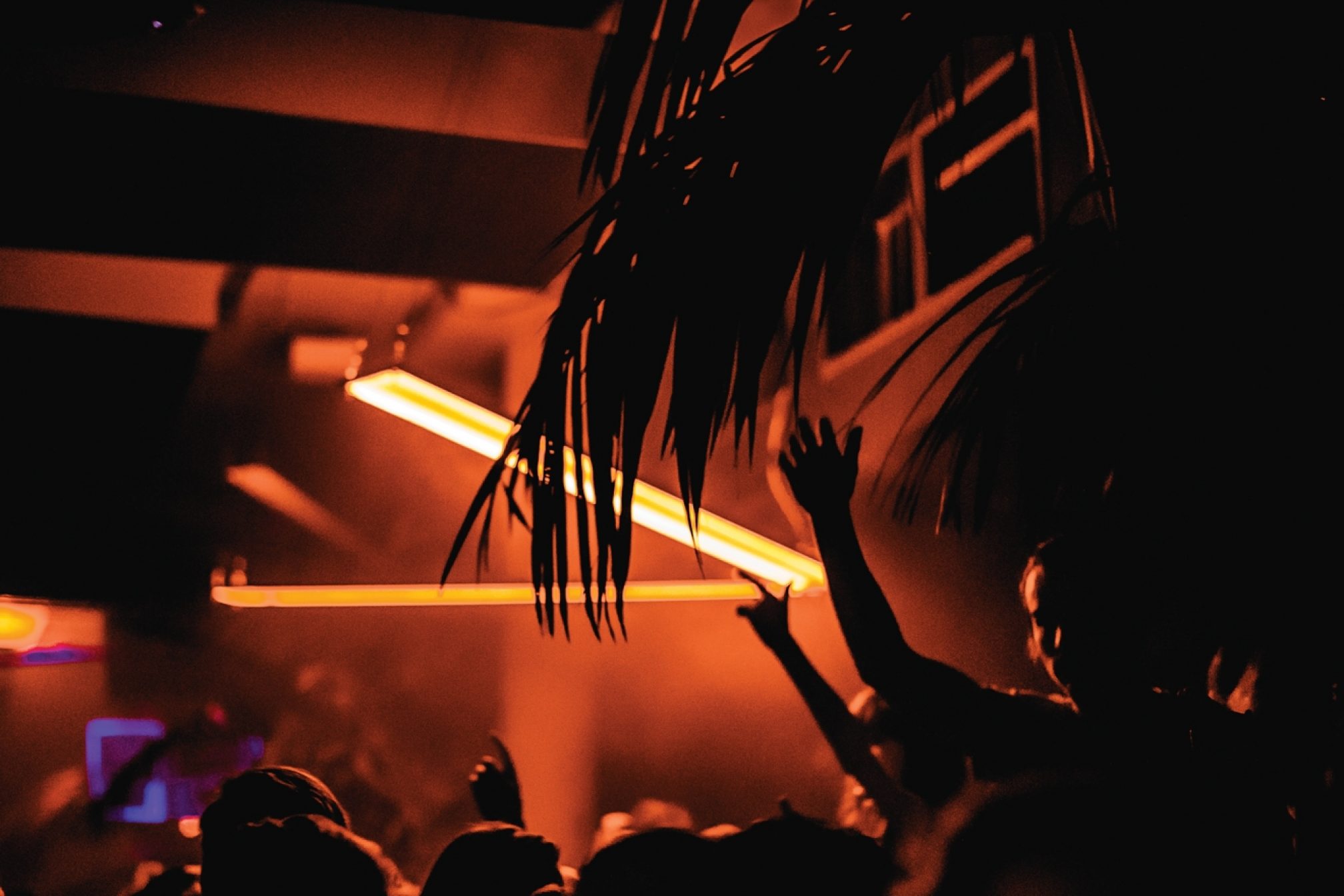 It’s 2019 and nothing has changed. SlapFunk has stayed true to its house roots, releasing punchy, stripped-back tracks with powerful basslines that, like their events, give the listener no choice but to move. For the last two years SlapFunk has thrown post-ADE parties so legendary that booking agents are offering up their DJs to play next year for free. The memory of last year’s clearly sparks joy. Yogh and Samuel don’t interrupt so much as overlap as they speak, finishing each other’s sentences with no loss of flow: “The thing is, during ADE there are thousands of parties but nothing on the Monday. But people who work all weekend in the scene have nothing to do. Last year the vibe was really really special. All tickets were sold out so everybody who was there felt privileged to be there.”

Samuel adds matter-of-factly, “I felt privileged to be at my own party.” Yogh: “I still get goosebumps when I talk about it.” There were echoes of Ibiza’s DC10 as so many people struggled to drag themselves away. “That Monday empty planes were leaving Amsterdam airport,” Yogh laughs.

Now their parties sell out without fail and they’ve found a home in Shelter, which opened its doors (or rather, hatch in the ground) during ADE 2016. The purpose-built 700 capacity-club on the banks of the IJ River is reachable by free ferry from behind Centraal Station. The boats run all night: handy as Shelter now holds a prized 24-hour licence. Deep beneath the A’DAM Tower you’ll find an industrial concrete space furnished with leafy potted plants and a ginormous soundsystem. The space fills up fast but the crowd make use of Shelter’s varied platforms, climbing on ledges and low benches to get a better view of the DJs. Cubed panels on the ceiling flash multicoloured lights and purple, red, green lasers cut through the smoke machine. It’s the perfect mix of industrial and cheerful, the implied message being ‘Welcome, please enjoy the music, but most importantly, dance’.

Since the illegal rave days Samuel Deep’s DJ career has taken off, giving him the opportunity to sprinkle SlapFunk fairy dust around the world. He now regularly DJs with his brother Julian Alexander, seven years his junior, as Ingi Visions. Samuel rocks a bucket hat and Julian has dreadlocks that reach almost the entire way down his back. They speak modestly but with confidence, constantly nodding greetings to the many people demanding their attention tonight.

“I was fourteen years old when he brought me to my first illegal rave,” Julian says. “I’ll never forget it. It was crazy. It was in a huge old bakery outside of town. They were throwing lots of illegal parties back, then but this one was very busy. My brother and all the SlapFunk guys were all playing music and I was just standing there watching everyone go crazy, just experiencing it. I loved it.” 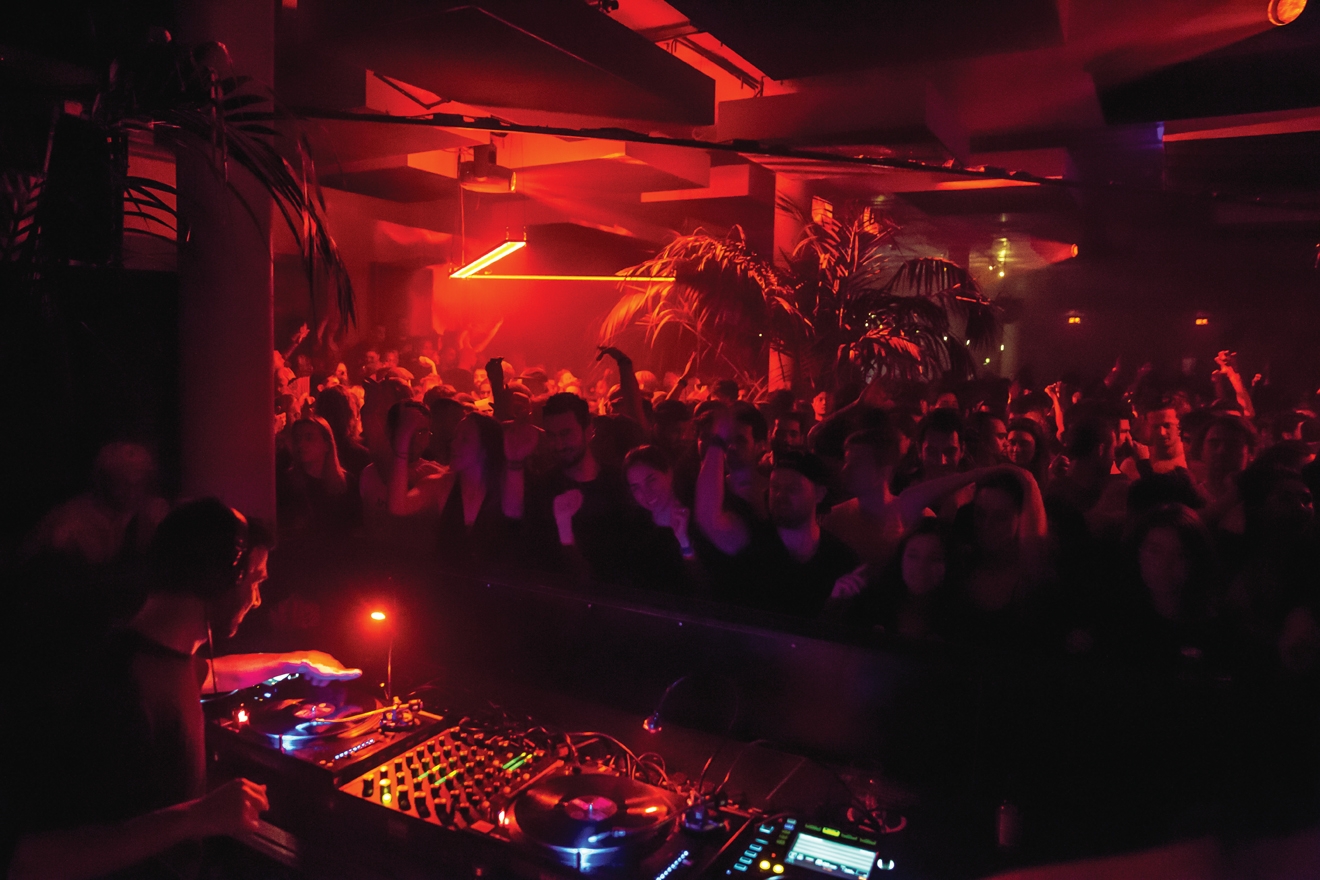 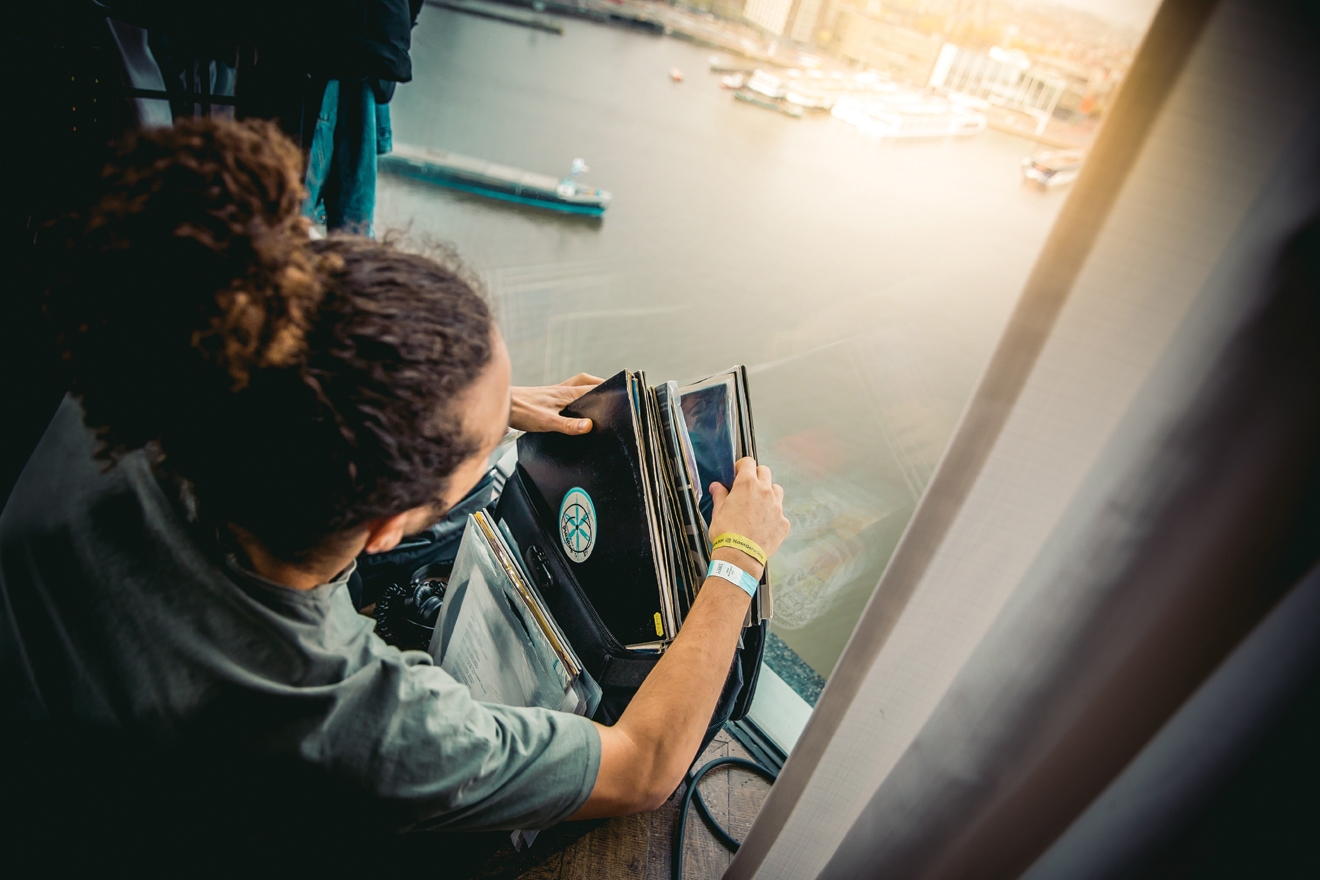 Tonight the dancefloor is filled with Amsterdam weekenders, groups of friends out for a good time. They laugh, dance, hands in the air, hair everywhere, not taking themselves or life too seriously. The SlapFunk crowd, as always, is here to let loose.

The brothers connect seamlessly behind the decks, communicating without words as they bang out a stripped-back house set which gets the already busy dancefloor shifting. The booth is set away from the wall so ravers can surround it, giving whoever’s inside a hefty dose of vibes from every angle. The pair are in their element, moving as easily as if they were playing a mate’s house party. And they almost are: a steady stream of friends come over to high-five them, the energy of the crowd suggesting that they’re all part of SlapFunk’s extended friendship group. As Ingi Visions drop a track from their seven-year anniversary release ‘Raw Joints #6.1’ the crowd whistle and cheer, and someone screams “Yaaaaas!” Shelter is officially warmed up.

At 1:AM Evan Baggs takes over with a bassline techno track so thunderous the Funktion-One speaker left of the booth visibly quakes. The crowd erupt and a half smile creeps on to Evan’s face. The New York-born, Berlin-based DJ is regularly filed under ‘minimal’ and ‘techno’ but his taste and knowledge clearly reach far beyond that. Evan’s choices tonight are versatile and intelligent. He’s an inventive selector and, following a pounding techno track, expertly drops Mall Grab’s ‘I’ve Always Liked Grime’. This man knows his audience. Somehow the sweating, sardined crowd find space to throw their arms in the air and that half-
smile turns into a full-on grin.

Two hours later, Evan makes way for Francesco del Garda. Taking his cue from Evan’s darker techno choices Francesco begins with a moody acid track, slowly working towards to upbeat house tunes. Shelter is now at capacity and beyond. The Amsterdam crowd have no issue with sweat dripping into their eyes as they dance with little acknowledgement of whose elbow is in whose face. Wall to wall, a heaving mass of bodies dance joyfully, arms up. Francesco smiles modestly and dances little jigs behind the decks, unable to resist the pull of his own funky selection.

Looking around tonight it’s not so difficult to imagine those first SlapFunk parties in hollowed out bakeries and empty office blocks. “The spirit of SlapFunk is that everyone leaves feeling satisfied that they’ve danced their arses off,” Julian explains. “That’s what we did with our illegal raves and that’s what we’re doing now.”

No-one’s leaving quite yet though: at 3:AM the afterparty begins. On the 16th floor of the A’DAM Tower. From the cellar to the sky, going legit never felt so good.