To celebrate the release of book Sfinks Sopot 1991-2021, writer Artur Wojtczak has shared some memories and stories from Poland's oldest nightclub Sfinks.

The story of Poland’s oldest nightclub is both unique and illustrious. Located in Sopot, a beautiful seaside town in Pomerelia on the Southern coast of the Baltic Sea — Sfinks celebrated 30 years of hosting eager revellers last month with an all-out party and the 400-page photo book marking the event: Sfinks Sopot 1991-2021.

Read this next: "Our music scares the Nazis away": How Poland's DJs became activists fighting for LGBTQ+ and women's rights

Across the last three decades, Sfinks has been a melting pot of electronic music, art, theatre and performance. Having a comfortable position in both nightlife and fashion, design — it has become notable throughout the country for showcasing cutting edge trends, all the while staying true to its avant-garde, hedonistic values. You’ll see it all at Sfinks… for its 15th anniversary in 2006, it famously held a runway show that had models singing into dildos, dancers with sparklers and even had a fully catered buffet for those in attendance. It’s come to define everything the Polish raver desires — beautiful decor, a great vibe, excellent music and a cracking soundsystem — with an audience just as artistic and unique to match. 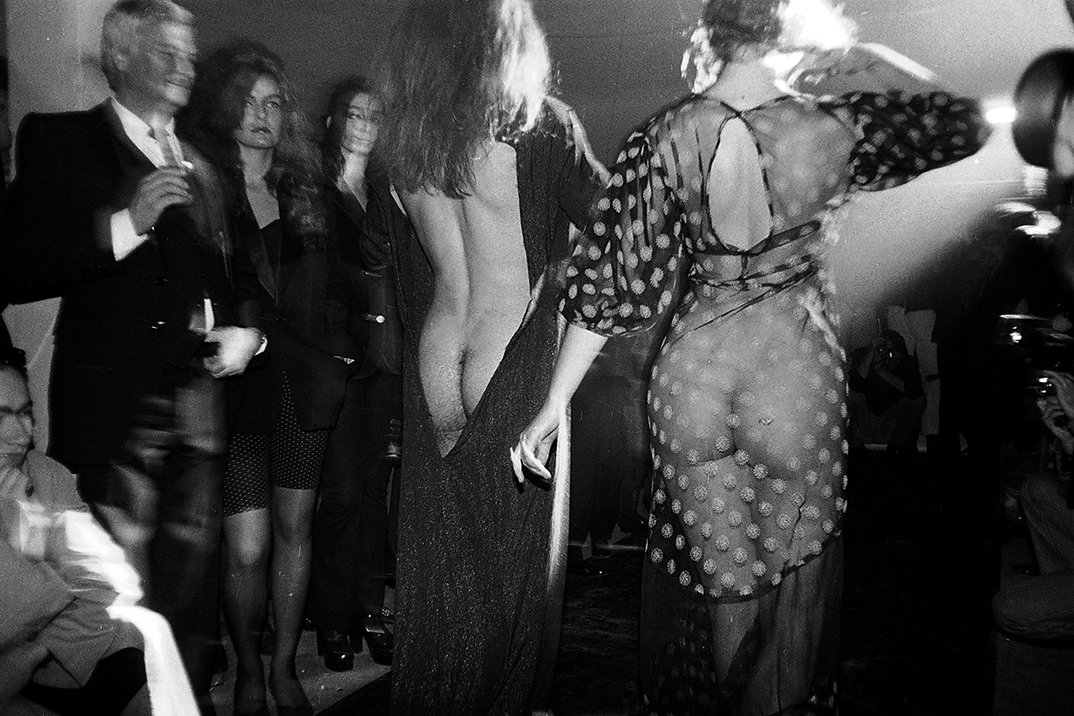 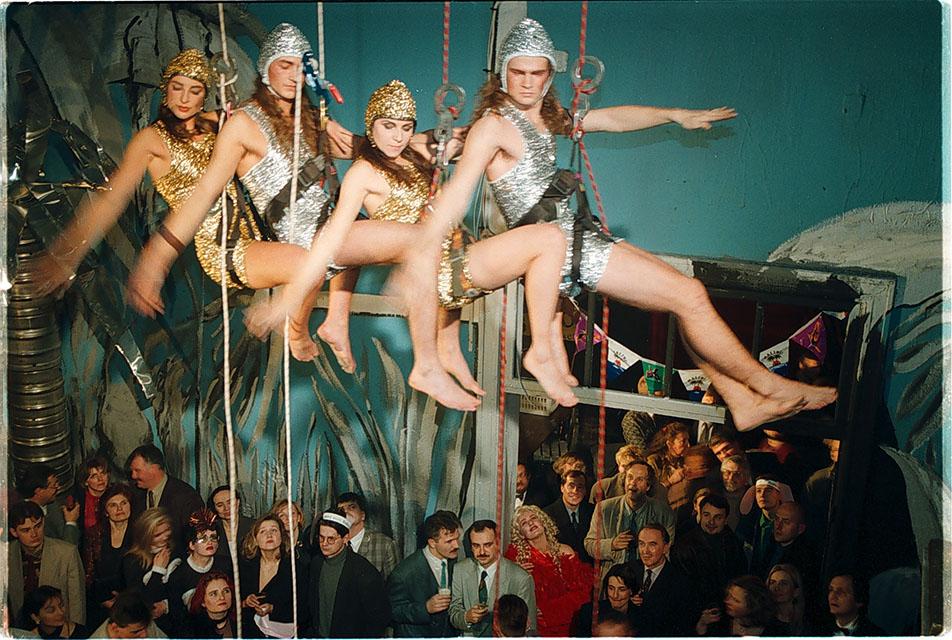 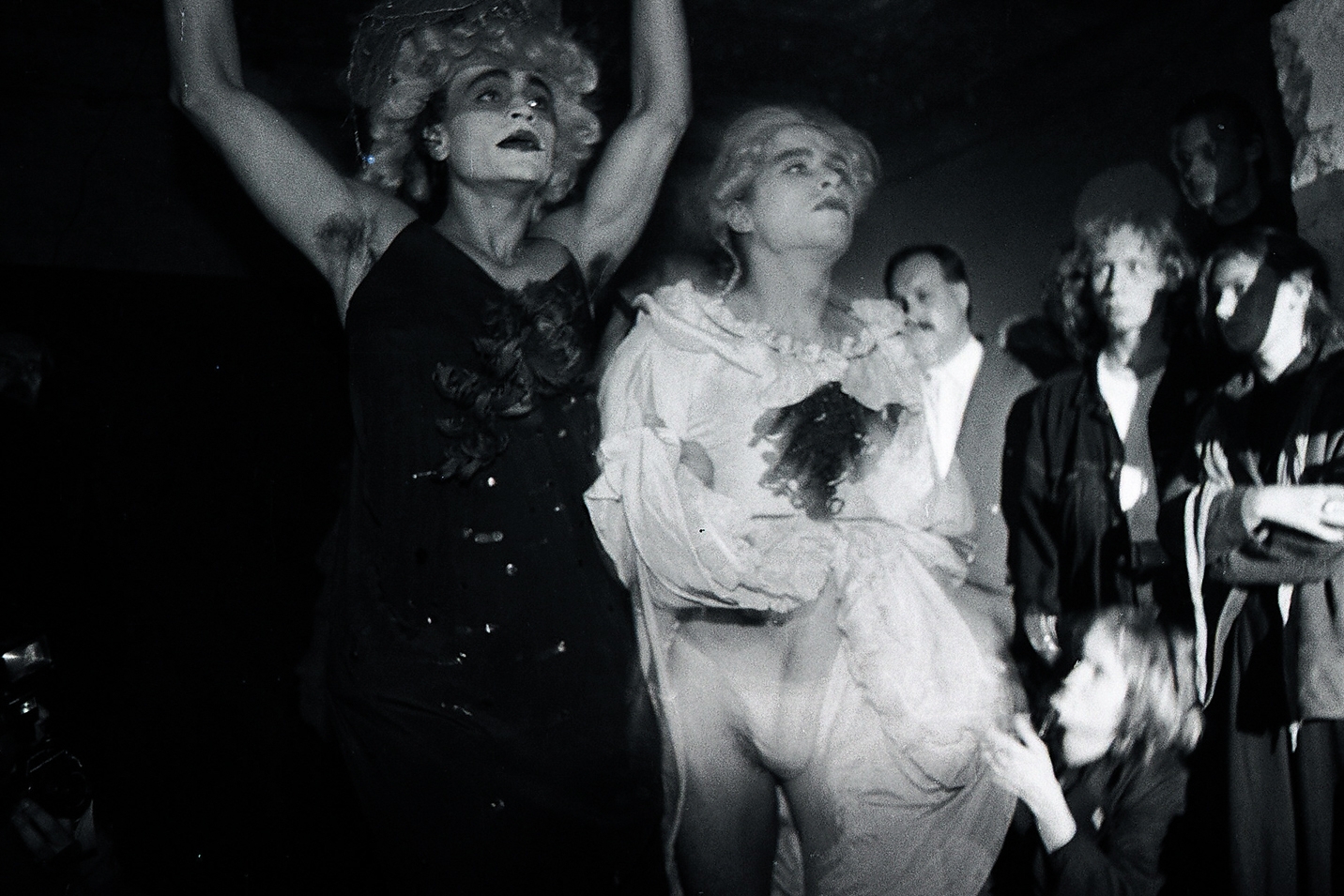 The venue was created by a group of artists as a remedy for the cultural-club emptiness of Tri-city at the beginning of the 1990s. “Sfinks is the child of the Polish bloodless revolution and my dream of an absolute club,” Robert Florczak, the co-founder of the nightclub (alongside Alicja Gruca) tells me, “It is created by all those who believed that together we can fulfil artistic tasks and communal dreams.”

Read this next: The Polish club community has put together an anthology documenting 30 years of the scene

Having travelled to NYC during the 1970’s, Florczak was inspired by visits to Studio 54, Danceteria, CBGB, The Cobra’s Lair and The Limelight when creating his own nightclub — wanting Sfinks to be a “model club” for the rest of Poland. Alongside Gruca, he took over a building in Sopot called 'Kunsthalle', an art pavilion dated back to 1909 when the country was still under German control. From the beginning, the club welcomed artists, musicians and avant-garde performers to come along and throw raves, performances, theatrical plays, conceptual exhibitions and concerts. Off-theatre performances were mixed with modern electronica, jazz musicians jammed on stage with techno pioneers. Upon its opening in 1992, many parties were themed around the wild hedonism of ancient Rome — in stark contrast to the everyday communist reality of many Polish people, a reality that was slowly becoming a thing of the past. 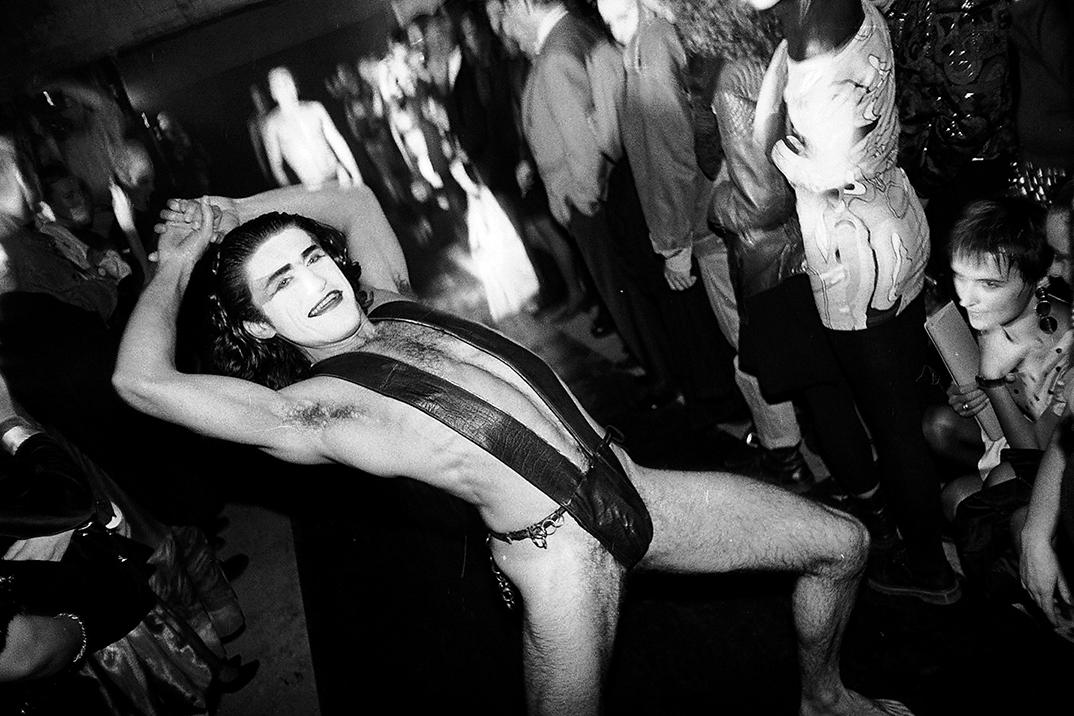 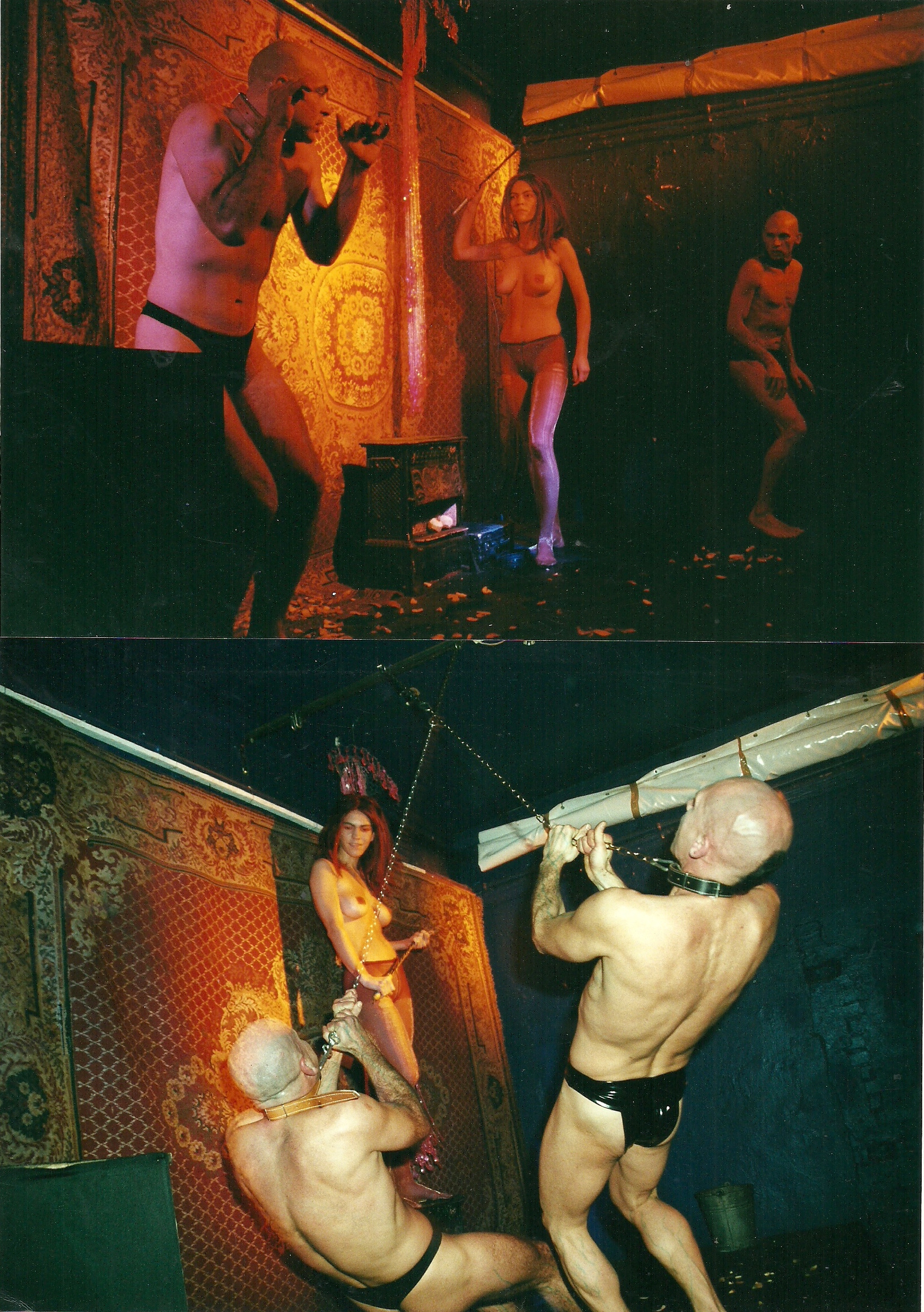 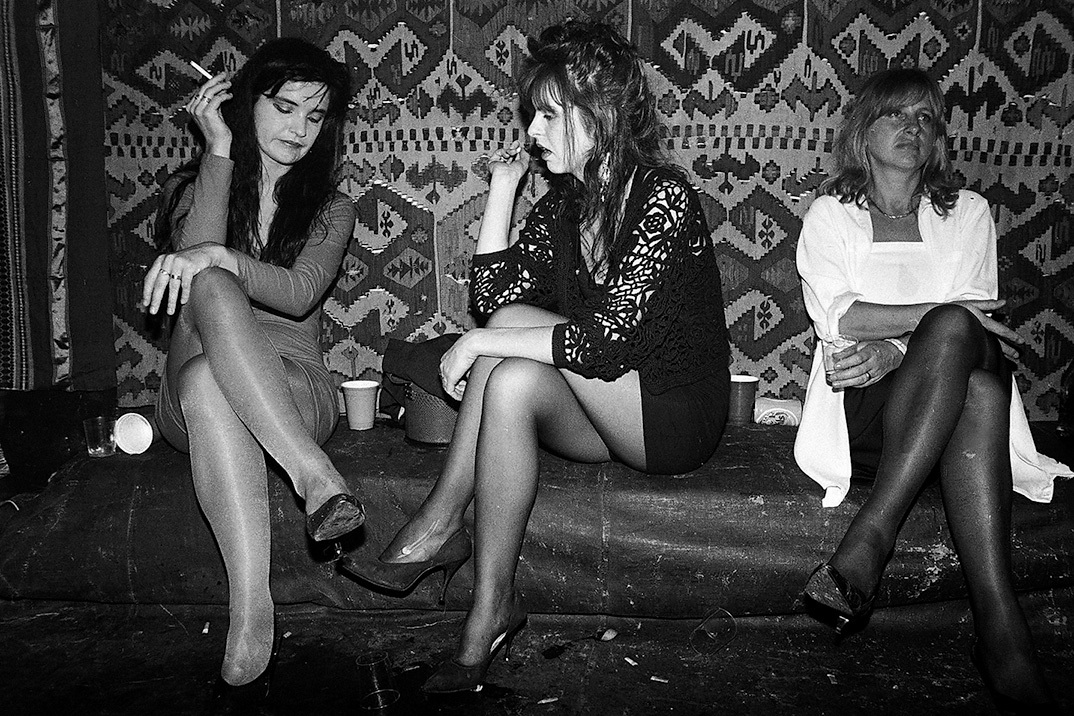 Sfinks first real techno party was Pleasure Dome in 1993, with headliner DJ Sammy Dee. It was already clear that electronic dance music would become a permanent fixture in the club’s calendar — but it was visits from international names such as Transglobal Underground, Zion Train, LTJ Bukem, Corvin Dalek and Freestylers that would transform the venue into a mecca of underground sounds. In November ‘97 the club's legendary Smoke! party hosted Jon Carter, a set that allegedly filled him with such “euphoria” that he ran outdoors and got into the sea, before getting back behind the decks to continue playing until 1:PM.

Sfinks became a place of local legend, it’s where the career of vocalist Alec Sun Drae began — a pioneer of the Polish club scene and the first to sing with the backing of a soundsystem within the country. After being pushed onto the stage during a performance by London UKG and drum ‘n’ bass and Gorillaz member Ed Case and began to freestyle — impressed by her skills, Ed Case invited her to London to record music together. Soon after she met Matt Kye — a DJ and producer with whom she formed the duo AM2PM, with releases on Purple Music and Defected Records.

Read this next: A book about Polish techno raves has been adapted into a play

In the modern-day Sfinks still represents everything that is on the cutting-edge of culture, now referred to as Sfinks700, it has recently hosted the likes of DJ Boring, Partiboi69, Kornél Kovács, DVS1, Paul Kalkbrenner and more. The club is also doing its bit to raise money and awareness for those impacted by the Russian invasion of Ukraine, with the Ukrainian flag emblazoned across its exterior. Long live Sfinks, come on over here to feel the seaside — vibe of the best electronic music!