The two-floor stage at this former brewery in the outskirts of St Petersburg is “speeding”, a local term for the unstoppable, powerful energy of raving. Hundreds of tireless punters throw shapes as Sunday’s dawn rays through the large windows on the upper floor, pass through the enormous holes in between (left from the building’s previous occupants) and land on the crowd below. The atmosphere is of connectedness – a perfect metaphor for the desire of GAMMA festival to bridge the gap between Russian and international electronic music scenes.

Ivan Logos and Vyacheslav Kostyakhin, the founders of m_division, the crew behind the festival, have been organising smaller music events in unusual locations for the past 10 years. Since 2018, art historian and media theorist Natalia Fuchs has curated the GAMMA_PRO conference on art and technology, enriching the programme with professional development opportunities. This year, the fourth edition of the festival has gathered around 10,000 people and the support of foreign embassies and institutions, as well as Russia’s Ministry of International Affairs.

But even with such partners, and sponsorship from a Russian social media platform as well as Red Bull and Jägermeister, it’s difficult to put on an event like this in a country with a fragile electronic music scene. As Ivan Logos explains, a lack of Russian-language music media means that they often have to explain to local audiences who many of the artists on the line-up are – even those acts who are well known globally. But having limited pre-existing knowledge is also seen as an advantage, he says,as it creates a level playing field for the artists in a new market. “Essentially, we don’t care whether we introduce [festival-goers] to an amazing crate-digger of 20 years or a famous artist with a PR team”, he says. 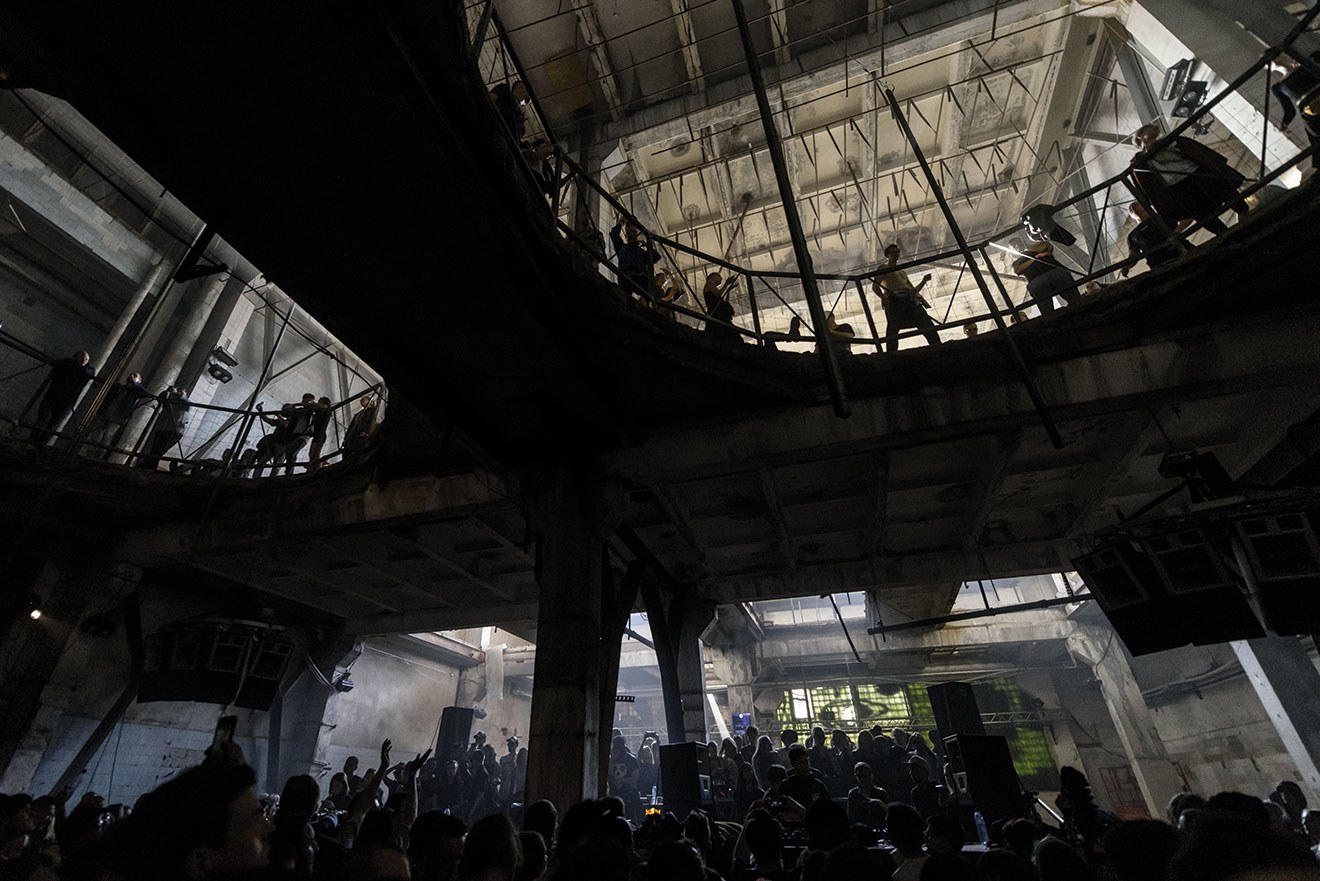 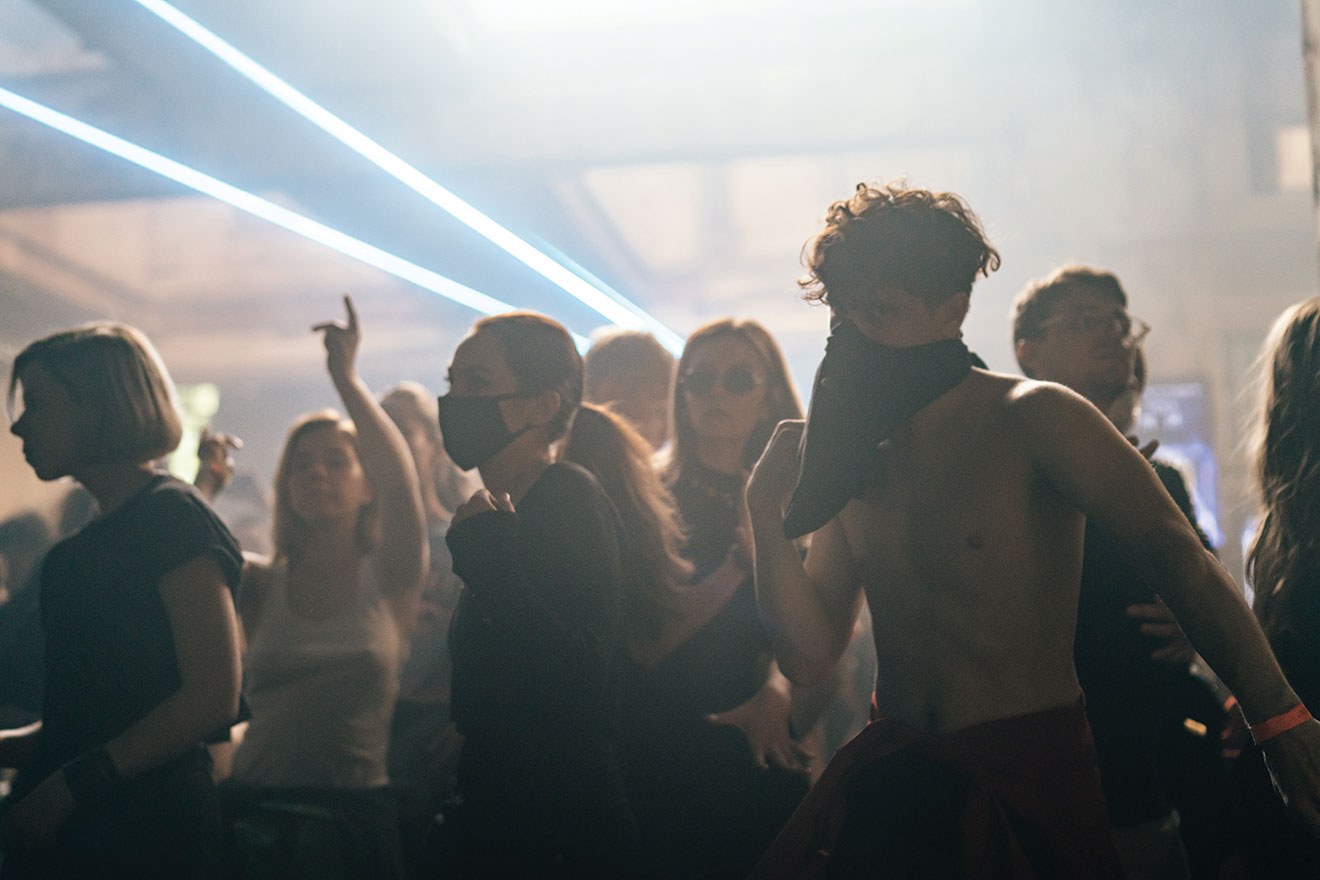 The festival’s programme showcases many genres of electronic music, from techno to ambient to baroque with vocals generated by AI. The latter is the result of GAMMA_LAB AI project, which brought together international artists and scientists to create completely new performances using technology. Peter Kirn, a Berlin-based artist, founder of online magazine

CDM and one of the facilitators of the initiative, feels like they “opened a can of worms” – even though the time limits and the tool’s complexity allowed only a taste of the potential.

The rest of the programming isn’t as forward-looking, though, and the line-up features far fewer women than men, especially among the headliners which, unofficially, are Surgeon, Oscar Mulero, Dax J, Samuel Kerridge, Varg, I Hate Models and Violet, the latter the only woman on the list. KMRU, a Kenyan ambient artist, is the only non-white performer billed. This reflects the crowd, too, which is mostly Slavic and straight, although a pleasant mix age-wise. Encompassing both the fashionable rave kids and the older generation of partygoers, the event isn’t particularly representative of a regular club night in the city but it connects today’s scene to its roots from 30 years ago. The techno sets from DJ Slon and m_division resident Lena Popova are emblematic of the decade when electronic music reached the dissolving Soviet Union.

Russian rave is at home in St Petersburg, where artists squatted in empty flats in the late 80s and early 90s. They used the space for studios during the day, and for parties at night. The legacy of marrying visual art and electronic music still lives in the local scene, and other promoters go beyond the audio-visual, using their locations as galleries. Indeed, Gamma positions sculptures, installations and video art as equal parts of the main event, and “some people may not even dance at all, they walk around the factory all night”, Logos says.

The opening concert of GAMMA takes place in the new Planetarium 1. A dome 37 metres in diameter, it’s the largest in the world and is equipped with a system of 40 projectors. Sadly, the exciting premise turns out to be underwhelming as the size of the digital canvas remains, for the most part, not used to its fullest. Technical issues, popping up continuously, are particularly jarring during the meditative electro-acoustic performance of Japanese artist Kazuya Nagaya, who uses traditional bells and singing bowls.

Read this next: 15 photos from Клуб, "the wildest club in Russia" 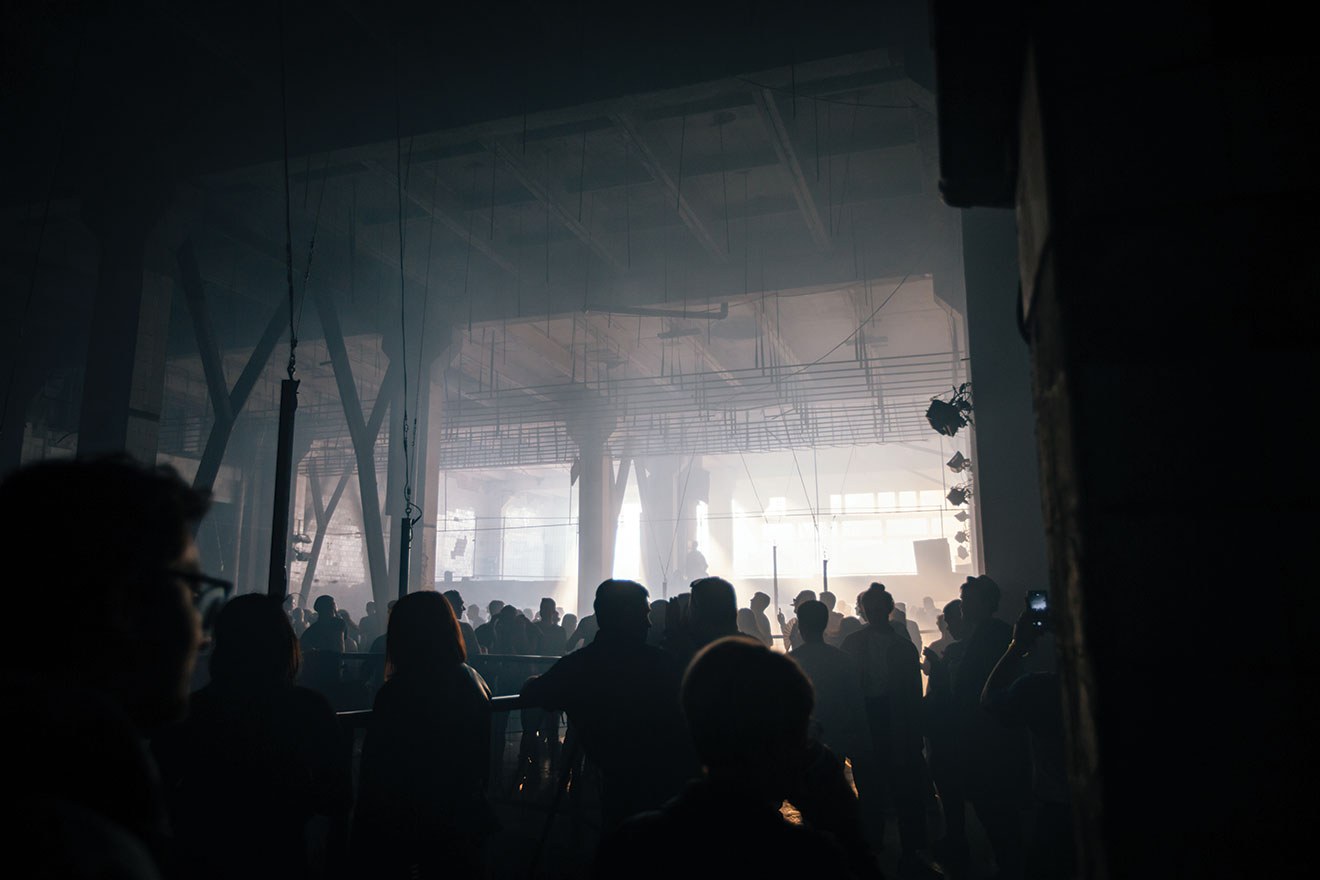 Some of the most memorable acts here are representatives of the Russian experimental music scene. At the AV stage, Moscow-based ::vtol:: blasts a noisy live set and generates visuals in real time with a camera located on his head. It takes pictures of his face illuminated by a small strobe light so bright and intense we fear for his vision. As part of the SHAPE showcase, Italian artist Michela Pelusio brings a similar concept to the festival with her analogue ‘SpaceTime Helix’ performance. A strobe light creates an optical illusion of the complex patterns formed by a rotating string, as a solar panel transforms the blinks into the minimal techno beats in a pitch-black room.

Russian society as a whole doesn’t have a great understanding of the electronic music scene and the notorious issues with the law enforcement have previously caused more than one similar cultural initiative to close. Several people report on social media that during the GAMMA afterparty police were scouting outside the venue, searching people and their cars. The festival acknowledges the problem, and Ella Overkleeft suggests one possible solution at the conference, introducing the Night Mayor Foundation – an impartial electoral body in Amsterdam that represents the interests of nightlife to the authorities.

It’s not political, however, but social and economic factors that are the most limiting for local promoters. A reflection of the average salary in the country, last-release tickets for the main event cost £30. Keeping prices low is crucial to nurture the festival culture in Russia, as local people generally don’t tend to travel and local brands don’t race to sponsor events either.

Still, the festival offers an expansive international line-up and impressive production values, as well as a platform for young creatives to meet their international colleagues. From a professional ‘speed-dating’ session to informal mingling, GAMMA provides plenty of opportunities to exchange ideas for artists, academics and others working in Russia’s relatively small industry. “There’s still a certain vacuum”, Logos says about the scene here, “and it’s time to get rid of it”.