The air is dense; thick with humidity, silently begging the spread of grey looming above to cut through the heat with the thunderous rainstorm that lurks within the clouds.

Almost at once, the sky darkens and rain comes washing down, sheet after sheet of heavy droplets that soak the crowd below. A few scatter in search of a dry escape, but for the most part, the crowd is unmoved. The rain doesn't stop, but the heat remains, allowing girls and guys to don bathing suits with no problem, their wet hair now whipping to a 4x4 house beat.

Mixmag is out in Puerto Vallarta, a resort town on the West coast of Mexico, known for its beach getaways and easygoing attitude. Gravel crunches beneath our feet as we saunter in closer to the crowd, watching the sky rapidly change from a deep grey to a blushing blood orange as the rain subsides and the sunset pushes through the foggy cloud aftermath. Despite the revolving door of weather above, still, the crowd remains dedicated to the soundtrack of Marques Wyatt, feet moving in tandem to the bob of his hat, just visible over the LED sheathed deck. 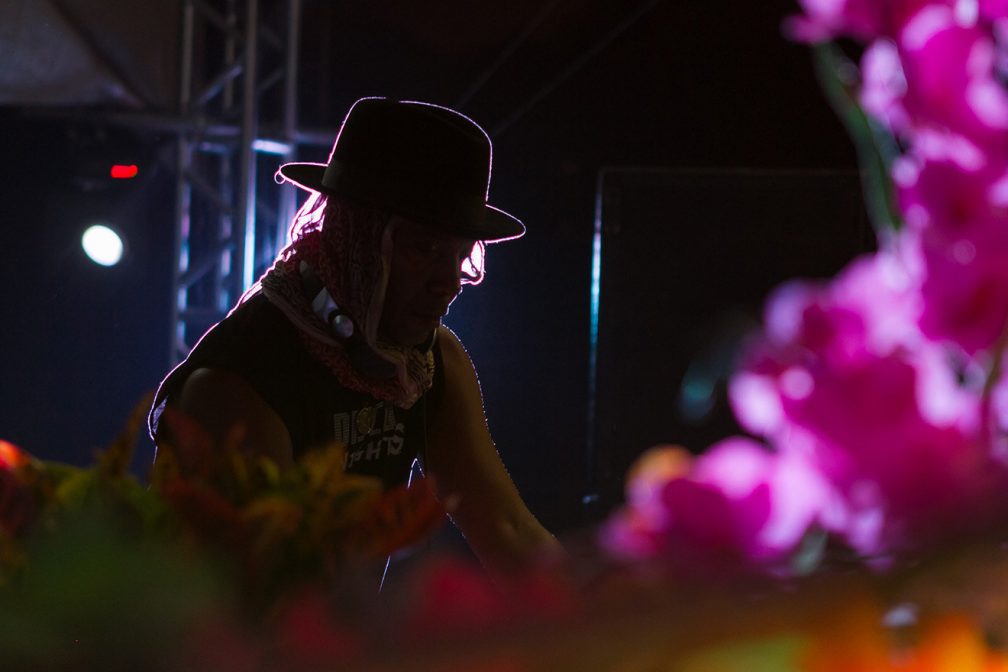 Despite Puerto Vallarta's inherently foreigner-friendly nature, the crowd at RHA Fest is surprisingly local. Fashion ranges from brightly-coloured (now soaked) bro tanks to body-hugging shorts and crop tops, the attire common of traversing groups of friends who've traveled from the neighboring city of Guadalajara for a much appreciated weekend getaway.

"I came with my friends here to Puerto Vallarta for a weekend vacation," one dancer says, clutching a pint-sized beer in one hand and ticking her wrist to the beat with the other. "When we heard about the festival, we knew we had to come."

Mexico, unlike many other international territories racing to catch up to the European, Chicago and Detroit-led boom, is in no need of an education of the underground. For years - and perhaps even decades - mavens of the genre like Dubfire, Loco Dice, Nicole Moudaber and Carl Cox have been beckoned to Latin America and its neighboring regions to fans that are, in the politest of terms, absolutely crazed for techno. 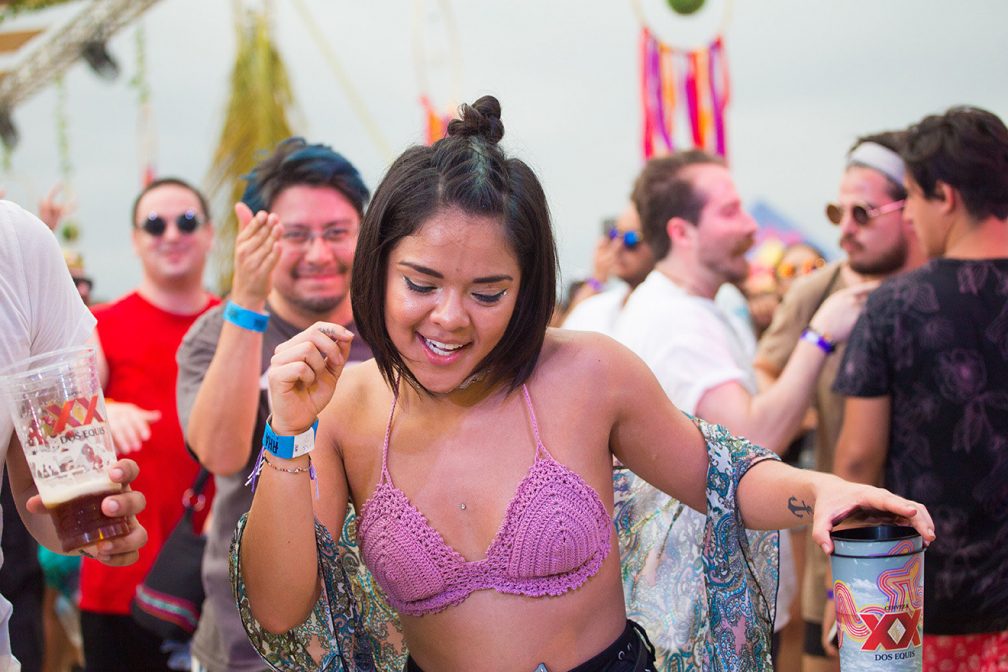 But it's been a harrowing few months for the country's scene, with the loss of The BPM Festival earlier this year; a previously cherished favorite that was swiftly ended by a tragic and fatal shooting that occurred at the tail end of the week-long event's 10th anniversary. The bitter end of The BPM Festival left a wide open gap - an opportunity - for a brand new reintroduction of house and techno in Mexico.

And it has come, almost as generously as the thunder and rain above. While Insomniac's EDC Mexico remains its second largest event (only after its flagship event EDC Las Vegas) and continues to expand its other party extensions to the country, Ultra has also welcomed a Mexico City edition to its ever-growing global roster. But the gargantuan promoters have always been around; with the fall of BPM, a pedestal was emptied, allowing a spotlight to shine on the more humble and ground-up "boutique" style festivals to shine. Nic Fanciulli made the unprecedented decision to bring his own Social Festival from the UK straight into the heart of Mexico City while Tulum remains a mystical and coveted destination for lovers of the unknown, led by the likes of Damian Lazarus and Comunité.

So it's no surprise that when RHA Fest appeared, seemingly out of nowhere, that its line-up - made up of Green Velvet, Catz 'n Dogz, Claptone, Sandy Rivera, Walker & Royce and the like - was easily embraced by the locals. 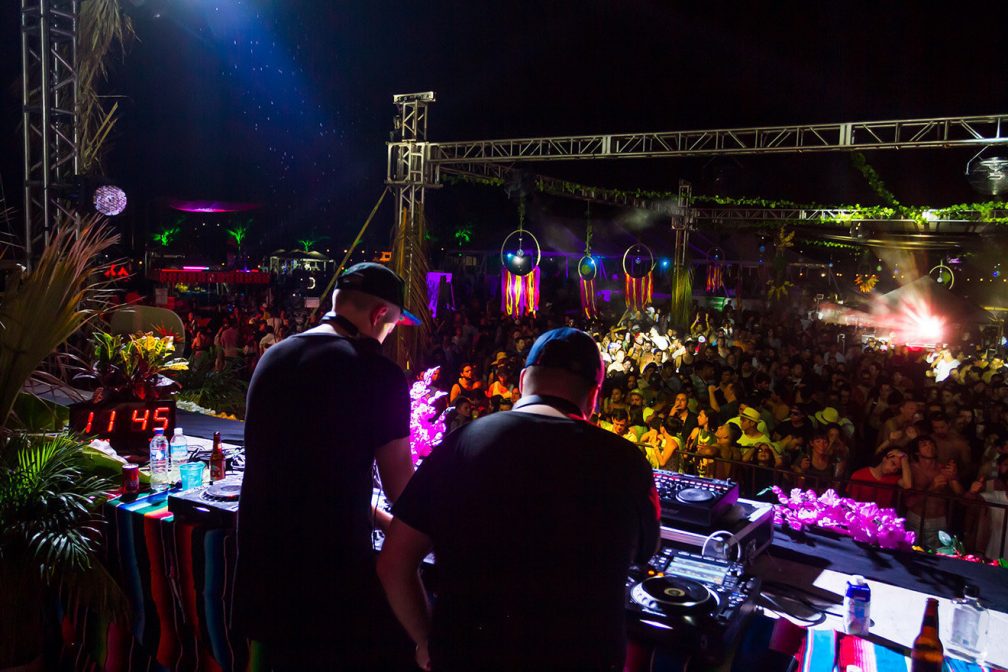 Without a doubt, RHA ticks the boxes for a humble, DIY-style festival. Incepted first after falling in love with the city of Puerto Vallarta, organizer Corey Citron teamed up with co-organizers Zen Freeman and Inda Sanchez, combining their love of music with the Mexican destination to create a small party Citron claimed was originally meant only for his friends. Eventually looping in Marques Wyatt and Ryan Botwinick in as part of the founding team and realizing that the timing was right, the small party transformed into something much bigger.

After surviving the usual unseen obstacles most first-year festivals face (the grounds flooded a week before doors opened, calling for a last minute stage planning turn around) along with unpredictable weather, RHA undoubtedly still leaves plenty to the imagination as it remains a modest one-stage show that caters more sufficiently to locals than it does to an international audience. In a time when even the seemingly serendipitous business of destination festivals has become a rat race, too, a global audience will only be enticed if there's just a little bit more to be seen or heard.

What RHA does have on its side, though, is not only a dedication to the soulful sounds of house and techno, but also the built-in draw of paradise and a village of hospitality pros that allow the event to be primed for young adults who are beginning to look outside their comfort scenes in search of affordable and exploratory new adventures.