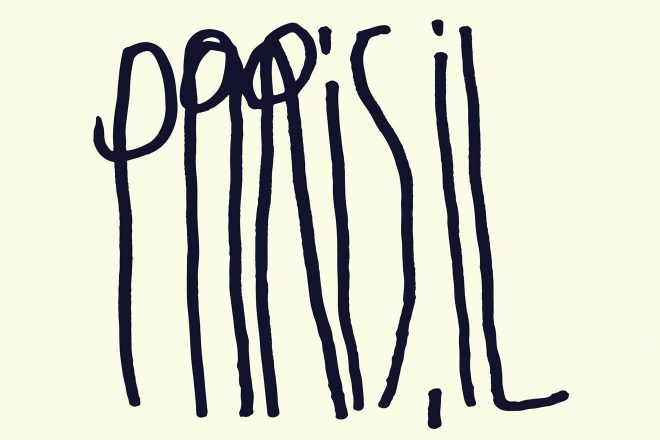 The two first met during the recording of Kanye's 'Yeezus' album when Brodinski and Gesaffelstein were called up to help produce some of the LP's tracks. The results were of course some of the fieriest on there, with 'Black Skinhead' and 'Send It Up' channeling raw, techno frequencies in a way that hadn't really been heard on a Kanye record.

After that, it was clear that their shared love for house music and a keen eye for fashion was enough to form a strong bond and Paris, IL was cemented. Since then OFF White and Bromance have launched a limited run clothing range, the pair have played at XOYO and various other spots and teased us with a few mixtapes that showcase precise mixing and crystal-clear track selection.

With a friendship and partnership that's based around being at the tipping point of what's real and about-to-blow, Paris, IL are the very definition of an Impact duo. We usually run an interview with our chosen artists but we felt it more apt to let the two interview each other. Their conversation covers their first contact with music, turntablism and Gucci being free.

It's raw and unedited, much like their Impact mix. Listen to the interview above and the mix below to get to know two of the coolest players in the game.

LEGOWELT - Institute Of The Overmind