Nastia: “I hope the next generation of girls continues to represent the underground scene” - Artists - Mixmag
Home Latest News Menu

Nastia is currently mentoring young women via Smirnoff’s Equalising Music programme, joining fellow former Mixmag cover stars The Black Madonna, Honey Dijon and Peggy Gou, as well as Artwork, in guiding the next generation of DJs and producers into the future. 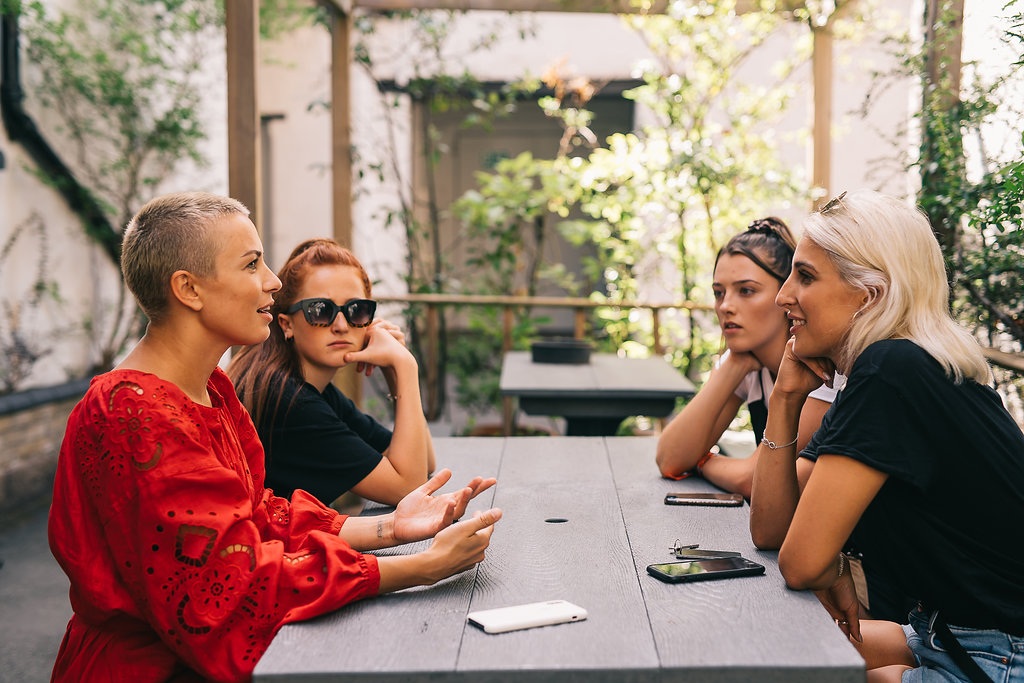 What does your role in the project involve?

I’ve been sharing my experiences of DJing. I’ve been playing since 2005, and I’ve experienced a lot of travelling and playing around, it’s been very intense. So with the girls we spoke a lot about what I would not do again for example or what I would change, or what was wrong. So I said, it’s better to do this and it’s cool when you do this and it’s better not to do this etc.

What did they want to know?

They were curious about how I started. I told them my story but I told them that they have a better time now, they have more opportunities, everything is so much easier. They have bigger competition now because back in the day we didn’t have so many female DJs. Now there are more coming, it’s cool of course, but now it’s kind of easier as everything depends only on you. You have the internet to do this and you can go to school to learn how to produce.

You talked about using your experiences to offer advice to your mentees, are there any experiences in particular you pinpointed as being important moments?

You need to know the history [of dance music]. You need to know the hero, who was doing what with who, and the whole thing. It’s easy now because you have a lot of books and a lot of literature. I have a book in my collection about d‘n’b and about hip hop and about how it all started, literature from Laurent Garnier and you know things like Last Night a DJ Saved My Life. You should read it, you should have it as there are a lot of things you can learn from it. And It’s so helpful because while you are reading you can search for the music the author mentions in the book, you can feel it you know? It gives you a lot of really important knowledge. I think that’s very important.

You said as part of your Smirnoff Equalising Music mission statement that you hoped to be an example to your mentees.

With you it’s more being an example through your work and your career rather than saying, “Do this and do that.”

Nowadays for young DJs production is key. I chose to do it the hard way because I don’t produce music. I’m not interested in producing, it’s not my thing. I’m a real DJ. So to be a DJ and grow like I did is very hard because you don’t know how to promote yourself, you don’t know what to offer. When people promote a party with you they don’t know what to use, maybe they can use some videos and your mixes but when you are a producer you produce the music you like so people expect to listen to the same stuff you produce. They know your stuff, they know your tracks so they come for you. But when you are a DJ, what can you tell them? “Okay, I’m here from whenever and I’m just selecting and I’m just playing and I’m able to do a good party”, but that’s something that everyone can say so you need to prove it. 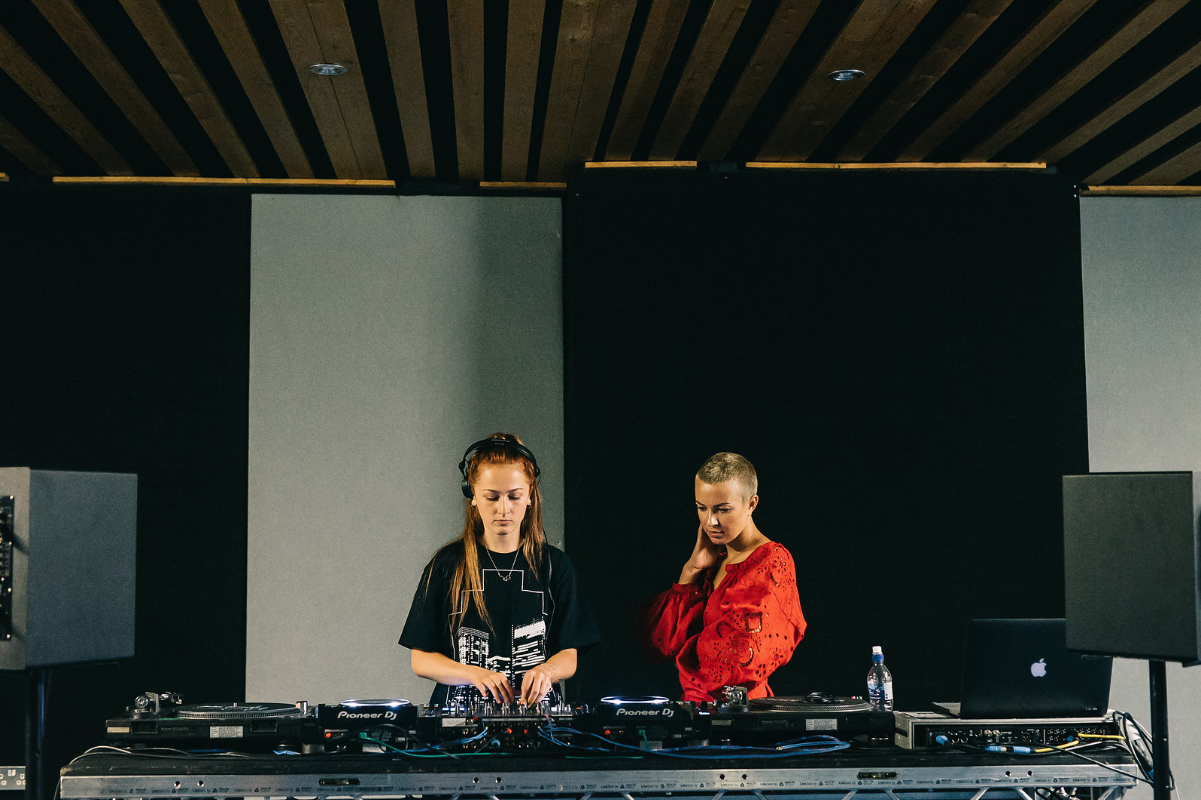 Can you tell me a little more about the girls you are mentoring and what they are interested in?

It’s really interesting because first of all when I was listening to their mixes I was like, “Wow!” Like Holly [Price], with her it’s like this is the sound we are missing. It’s like electro but very fast and minimalistic and not too noisy, it’s absolutely my kind of style. And with Imogen [Richmond]. I think these girls are better than me. Really. If you look up and see what they are doing and they are only at the beginning it’s so impressive. I was like, “What can I show them? What can I teach them?” They are already cool and have good mixing skills, the way they mix the tracks one by one, their selection, their whole thing is so solid.

I met Imogen first and she’s so confident and secure, she doesn’t give care about anything that’s going on around her. She told me she produced and when she showed me her stuff I was like, “Woah, maybe you can send me some demos and we can release it on my label,” and she sent me her music right away. What I’ve found is that Imogen has a strong sound and imagination. She knows what she wants to do. She wants to focus on her sound, she chooses the format and I can already understand what kind of DJ she is, like what kind of artist as she also produces. Then I met Holly and we talked about Dekmantel, her favourite artists and she told me, “I’m more interested about what’s next. I’m curious as I want to be surprised by what a DJ plays”. She likes to be more eclectic, she likes when you don’t know what to expect from the DJ so it’s absolute opposite sides. What I’ve found similar between me and Imogen is the way she mixes as she mixes in waves which is similar to my style as I like to flow. She mixes flawlessly. Holly is very dynamic but the music she chooses is very complete. She wants to surprise and she wants to be surprised.

What would be your ideal end goal for your mentees?

They definitely have an idea of where they want to go and who they want to be. Actually, there is no doubt that they will get it. They are really, really good and we need more girls like them. Especially as they didn’t look for an easy way. They play music that is not for everyone so it is already kind of, I don’t like to say underground, but it’s kind of like that. They didn’t choose the easy way, they want to go deeper and stay in their kind of niche. It’s very cool to see and I hope that this next generation of girls continue this solid presentation of the underground scene. Not the mainstream, not the cheesy bullshit, but the really cool and solid stuff. I’m happy that we have this.

Do you think promoters around the world have different attitudes towards balanced line-ups? In London people are very conscious of booking more women.

I think everyone wants to have more girls on line-ups. I don’t feel any differences, there are definitely some promoters who are interested in having girls but there are some promoters who are just interested in the music and the skills first of all. It just depends on how good you are, if you are good you have the opportunity to be on both sides because you are a female DJ and because you are really, really good. I like Lena Willikens, I like Helena Hauff. They can fit everywhere. They have such a good combination of skills for female artists. They don’t use their beauty, they don’t use their sexuality, they are really strict, they have the best attitude. 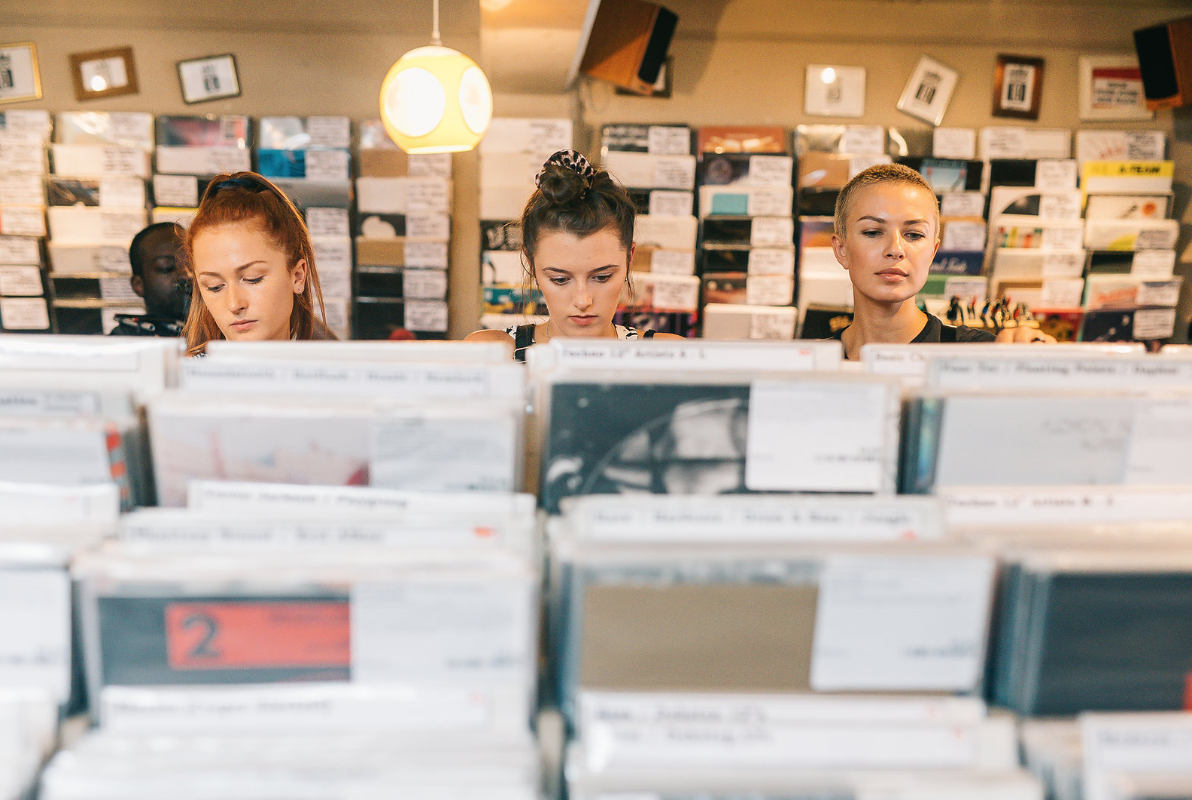 Why do you think it’s important to have something like the Smirnoff Equalising Music project in 2018?

We need this programme to find the girls and to help them to rise and be here with us as they are really good. I already want to invite them to some of my parties to see how they play, I want to give them a chance, to support them and to talk about them. We need to support them as they are doing it the right way. It’s a refreshing moment for the scene and we need this more and more and more.

What is the most important piece of advice you would give to your mentees?

I think they need to do whatever they choose but they need to do it honestly. Because people feel everything, if you are faking something or if you are pretending or if you are acting or if you are doing something just because other people like it, you need to think about the energy. You need to be real and honest, even if you see people don’t like your music at a particular moment so much. It’s not your problem. You might be at the wrong place at the wrong time, the promoter might have been wrong about you and booked you for the wrong club. Just stay with yourself, if you lose yourself you lose everything. Just be very clear about who you are and what you want to give.

Along the way I’ve found myself getting very lost. I got so flexible and so adapted, because I’ve got this thing where I like house, I like techno, I like everything, but when I come to a party, I analyse the situation and the energy and I play music that fits. DJs should do this because you need to be kind of flexible but not too flexible. If you get too flexible you lose yourself. It’s so sensitive, there’s only a tiny border and if you step left or right you are not who you are anymore. You need to be secure and confident about who you are. You need to be yourself.