A few minutes before 3:AM the packed dancefloor is still absolutely throbbing with energy. A rousing African chant sends ravers into uproar as the entire room seems to sing along in unison. In the middle of the club a circle opens up and people take turns to dance in the middle. On the decks South African selector Da Capo is splicing together deep tribal beats, afro-tech, soulful melodies and everything in between. We’re at Sessions in Waterloo, where scenes like this are a regular occurence. The party – run by Kitty Amor, Sef Kombo and D-Malice – is leading London’s afro house movement.

Kitty, 29, is behind Sessions and its associated party Motherland. Her father was a sound engineer for afrofunk bands. As a youngster she was surrounded by esoteric African sounds, and virtually no commercial radio, and so developed a taste for fringe music. Growing up in a Nigerian household she was expected to follow a path into formal education, while her brothers both took up DJing. However, when she left home to study Criminology at Nottingham Trent University, Kitty took the opportunity to start following her dream – and began to play music.

Before long she was one of the main student promoters in the city, organising nights that brought in a wide range of performers including D Double E, Tinie Tempah and Krept & Konan. Kitty used these events to begin introducing the afro house sound to the open-minded student crowd, DJing at her own events. At an event in Leicester in 2011 she ended up playing after Sef Kombo, who was already established through his TilTwo party in London.

“I was nineteen or twenty at the time and I thought, ‘Nah man, this is the last thing I want!’. During my set though, I remember seeing him right in front of the booth, hands in the air, smiling. After that he called me up and invited me to play TilTwo,” she explains.

Kitty hit the ground running when she returned to London in 2011, eventually landing a residency at Jonny Miller’s party Motherland in 2016. There she was a regular alongside D-Malice. When Jonny hung up his DJ gloves to focus on his family life he handed the event over to Kitty, who revamped it and used her promoting experience to take the event forward. “When Jonny left I called Sef straight away and asked if he wanted to work with me and D on the event. He didn’t hesitate, and joined us immediately,” she explains. 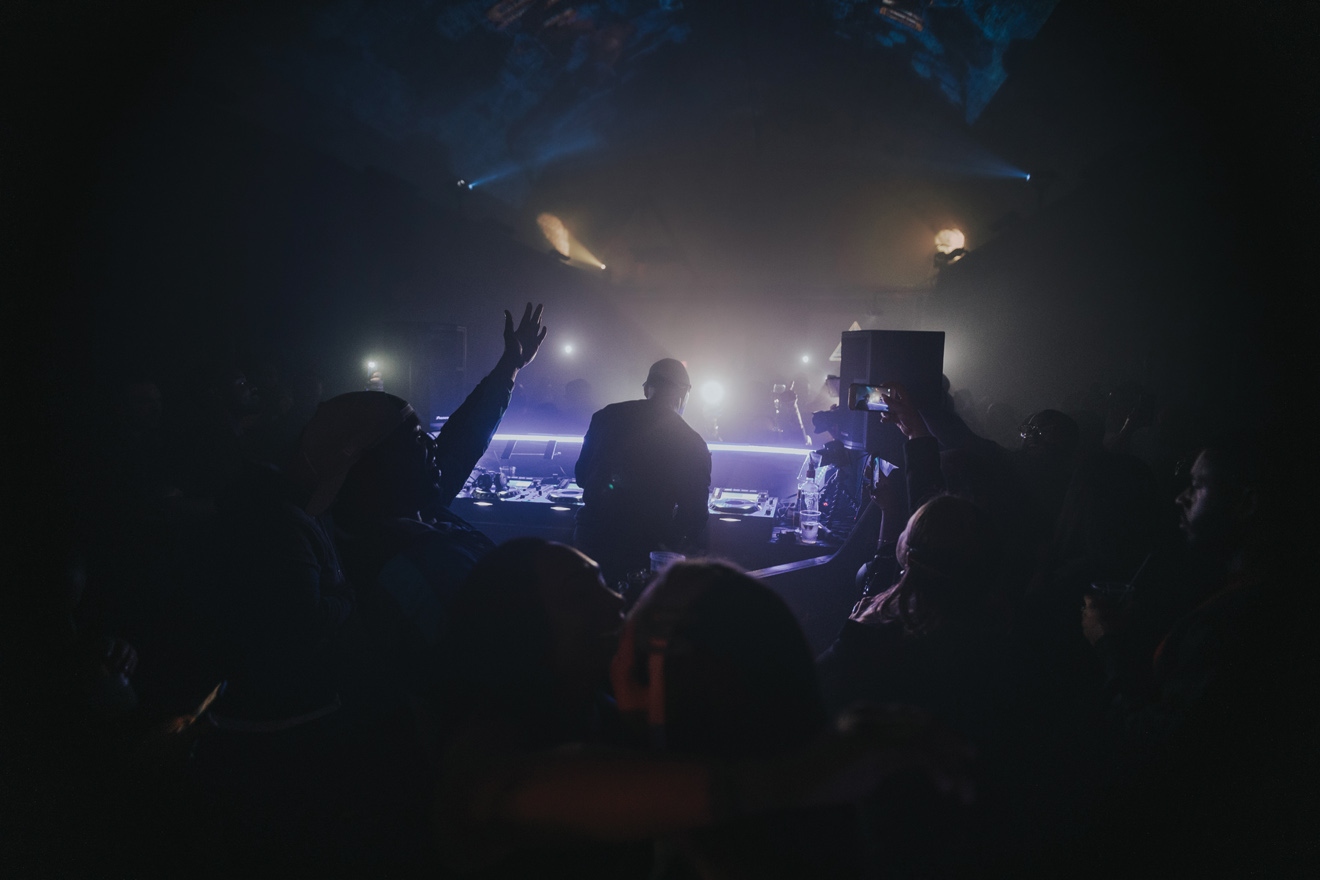 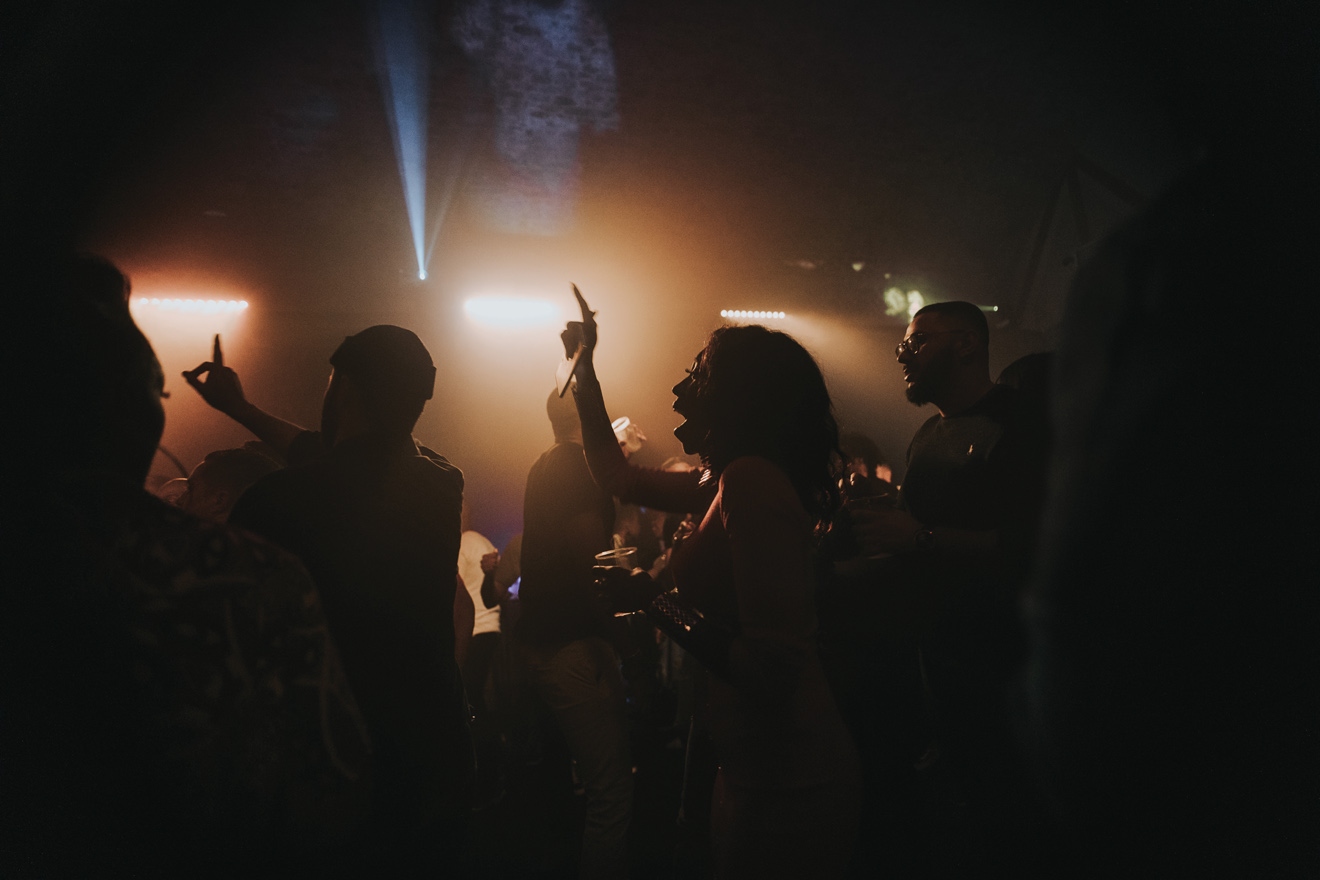 London’s afro house scene has been slowly growing and thriving in its own microclimate for over a decade. Thirty-four-year-old Sef Kombo was one of the early adopters of the sound, evolving from a multi-genre DJ to UK funky, deep house and, eventually, afro house. In 2009 he was thrust into the limelight with ‘Afro Power Volume 1’, a mixtape that showcased all of the African artists he’d discovered through online portal AfrodisiaMP3. On the site, producers, mostly from South Africa, were uploading their new music and demos. “This website blew my mind because it had music by all the African artists, fresh, raw: not even mixed down properly,” he explains.

Read this next: 5 rising South African talents you should know

DJs like Petite and Nick Doe were among the early supporters of afro house, alongside key exponents of the UK funky scene. Londoners Kismet, Fever, Perempay, Scholar Tee, Carlos Aries, MA1 and several others were instrumental in introducing deep, tribal, soulful and afro sounds to a largely black audience. Off the back of ‘Afro Power’s success Sef started his own Monday night party, TilTwo, in 2009 at intimate basement club Ruby Lo in Marylebone. Initially catering for a variety of genres, with a strict ‘house only’ policy after midnight, Sef decided to make his parties 100 per cent house-orientated from 2010 onwards. Inspired by photographer Shaun Bloodworth whose incredible pictures of the early dubstep scene were its defining images, Sef built a website with a distinct visual identity which hosted recordings of all the sets from his events. Soon the TilTwo site became a hub for the community growing around the event. “I didn’t have to rely on Facebook posts, people came straight to the site. I could see it was getting a lot of traffic, so I knew I was on to something,” he says.

TilTwo has become synonymous with afro house and afro-tech, focusing on deep, soulful party music. “TilTwo was the entry point to house music for a lot of people. You could actually not like house but like TilTwo,” says Ade Smilez, 30, who looks after graphics and visuals for the Motherland crew. “Seriously, girls would be like, ‘I don’t like house music but I’m going to TilTwo’,” he explains.

“At these parties we leave all the bravado and bullshit at the door and we come to dance. All different people from north, south, east and west – we had this understanding when it comes to house music, it’s peace, it’s love. So, do whatever you’re doing before and after, but here we’re all one.”

D-Malice, 32, runs DM.Recordings, a prolific label that has been around since 2011, pushing afro-centric electronic music from all over the continent. He achieved early fame with his refix of ‘Gabryelle’ by DJ Technic, which was a firm favourite of the UK funky fraternity. A true connoisseur, he is regarded by his peers and followers as a purist, who has helped facilitate the proliferation of afro house around the world through his seminal label. Over the years DM.Recordings has put out releases from Da Capo, Calypso De Sir, Caiiro, Pastor Snow, Felo Le Tee, Inami, Hypesoul and a long list of other producers. 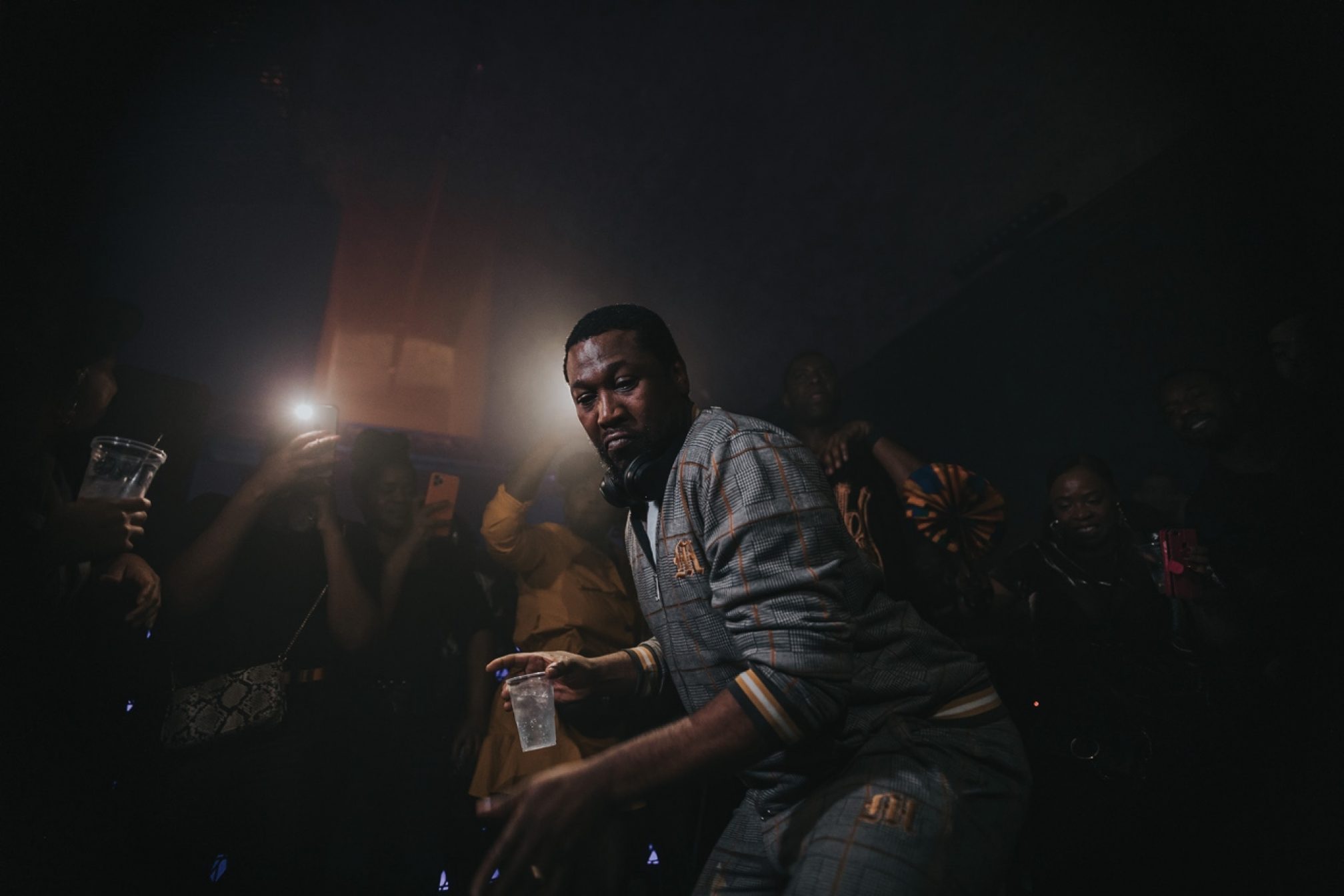 Alongside Sef’s TilTwo, the crew are behind three promotions which cover all aspects of the scene. Motherland, a free bi-monthly event, works as a focal point for London’s afro scene. Typically, Kitty, Sef and D-Malice will hold court all night long, with occasional guests. Meanwhile Sessions, held at Aures in Waterloo, is centred on celebrating the people who make the music. Previous guests have included DJEFF, Atjazz, At One and LeboQuest. By booking artists from a variety of locations Kitty and the crew have strategically tapped into London’s diverse clubbing community, with Portuguese ravers latching on via the DJEFF event, South Africans through Da Capo and so on. “It’s about keeping our sound at the core of it all, while bringing in artists from around the world who’ll attract people from their own motherland,” Kitty explains.

Despite the global success of Black Coffee, there are still very few events that push afro house in London and the scene itself has garnered very little media attention. Drums Radio run Afro House Party at the Ace Hotel, and Tribal Soul are also flying the flag, but none of the better-known clubs host afro house nights and rarely book DJs who push the sound. It’s a clear point of frustration for the team, and for their following. In August 2019 Sef Kombo posted on his socials to call out all the major UK publications, including Mixmag, and ask why his scene has been overlooked. “I just want it to be acknowledged that there are people doing good stuff,” he says. “I hope we’ll be more accepted in the world of journalism and clubbing full stop, as part of the same ecosystem. These things need to be celebrated.”

“Neglect and misrepresentation like this hits black cultural forms in the pocket,” says Sessions regular Ayaba Poetic. “It’s the monetisation that doesn’t happen – the impact is felt at the bottom line. So you’ll see the massive numbers that some scenes, or DJs, pull in, but it doesn’t happen in our scene because we don’t get exposure on the right platforms. This story has been repeated throughout history.”

All three members of the Motherland team work full-time jobs, putting their spare time, money and energy into their events. It’s the kind of DIY attitude that has led to the success of countless genres over the years, a seemingly intrinsic part of club culture.

“There’s a community that’s following this music but we have to work ten times harder because it’s just not getting the recognition,” Kitty says. “We’re doing it all ourselves, and it’s not easy trying to grow a scene when you work a nine to five.” 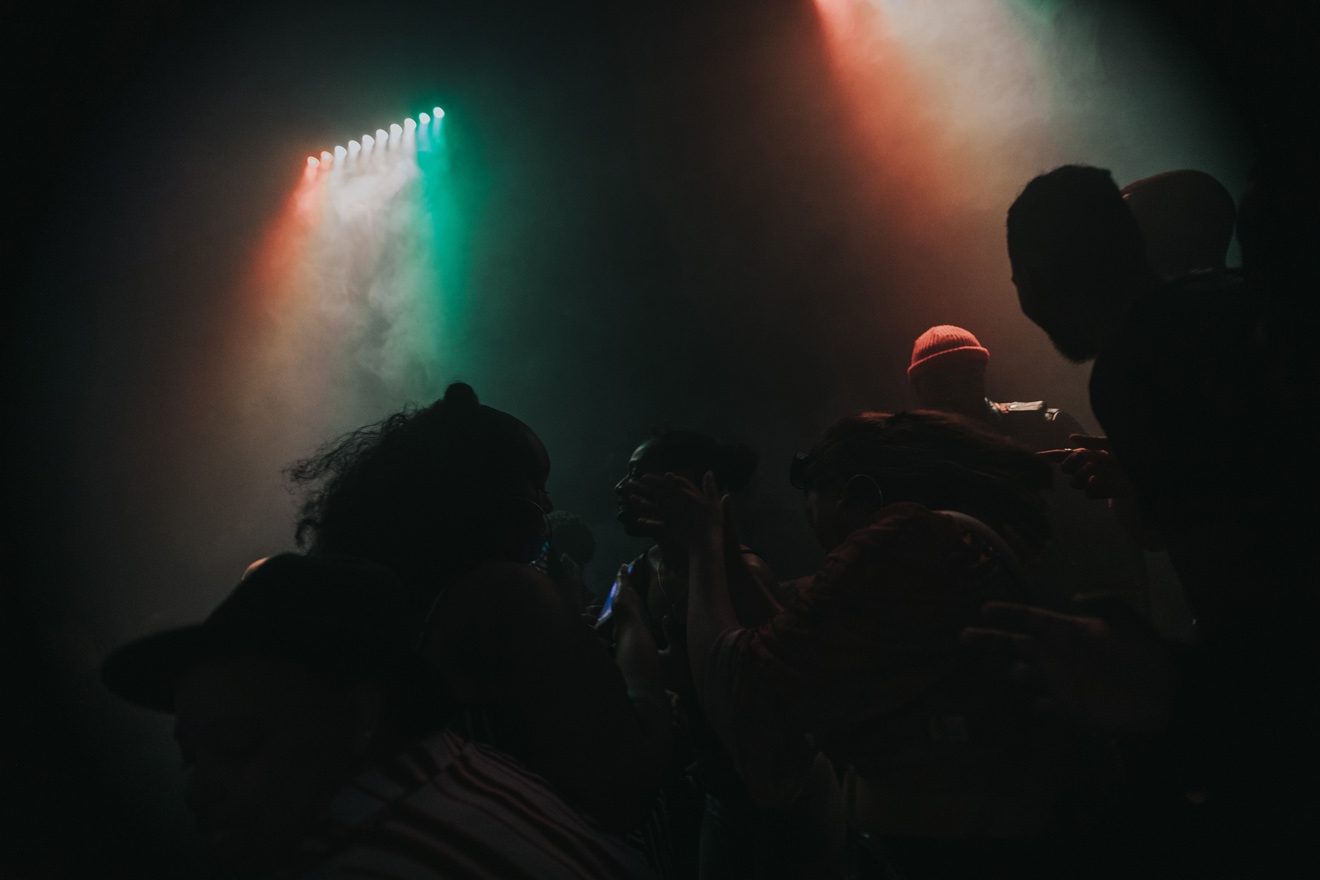 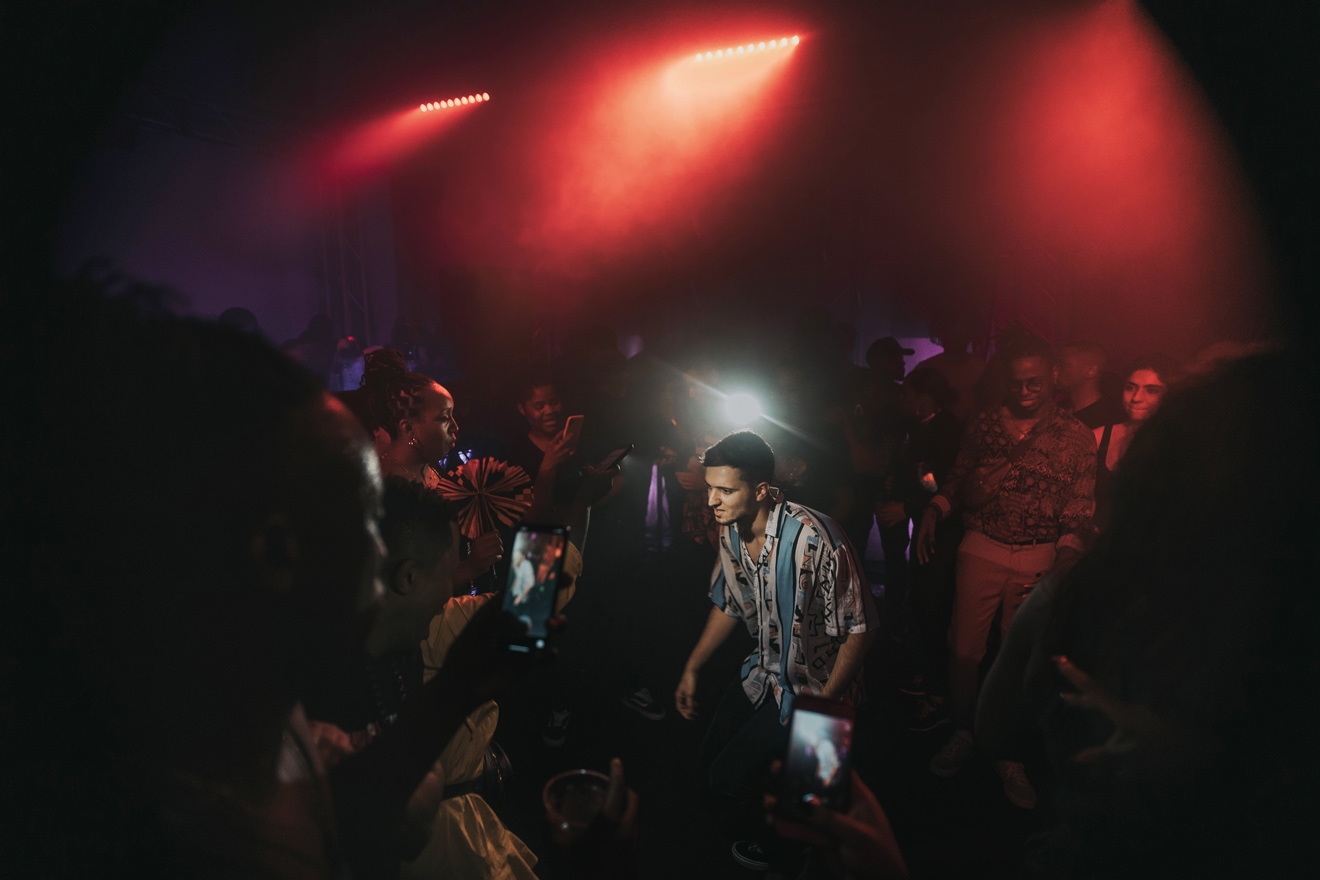 With Sef hosting a stage at Defected’s Croatian festival, there is evidence that larger entities are taking notice. But how much they shout about the scene to their own audiences is another matter. “I want to go into the spaces that people go to just because of the space itself – like Fabric, for example,” Kitty says. “Personally speaking, I like Phonox because of the intimacy it offers. I would love to have a regular party there. People turn up at Phonox because they know there’ll be good music on. I like the idea of people turning up to our night, discovering afro house and wanting more of it. I’ve seen residency parties that only push acid, for crying out loud – give us our opportunity as well!”

Questions are raised about the lack of diversity in the businesses that influence the dance music industry: PR, journalism, booking agencies, management companies and so on. There is a lack of ethnic representation across the board. London may be one of the most ethnically diverse cities in the world, but that doesn’t mean there isn’t still a lot of work to be done. “I’ve never really mentioned it because I don’t want to be seen as pulling the race card, but, deep down I think that’s probably part of it,” D-Malice says. “Seth Troxler started Tuskegee to support ethnic artists, which says a lot I think.”

Read this next: The politics in the productions

For now Kitty, Sef and D continue to work hard to keep the sound alive and kicking in London and further afield. A South Africa tour and a TilTwo party in Ghana are among their overseas exploits at the end of 2019. In the face of neglect they remain upbeat and determined to keep doing their thing, no matter how big or small their scene is. Ultimately, the people and the music are the most important thing and lie at the heart of their unwavering commitment to Africa’s house movement.

The jubilant, celebratory atmosphere at Sessions keeps everyone on the dancefloor until Kitty plays her very last tune at 4:AM. The crowd is energised, united and as eclectic as any you might find in London on a Saturday night. An inspiring representation of the diversity of the city’s black community, from guys wearing shirts and shoes to women in flowing African print tunics, girls in Cyberdog tracksuits to men in baseball caps and shades, even a football top – the party’s open dress code encourages a wide range of people to attend and enjoy the liberating environment.

“I’ve thrust myself into this music like I’ve done with no other kind of music before,” says raver Jade Mitchell. “It really captivated me and made me look at music differently. It’s made me look deeper into house music itself, and my ears have opened up a lot. I think about the way music impacts our bodies and our souls, on a vibrational level. The soulful element, the chanting, men and women singing in their dialects... it’s the most beautiful thing, and it speaks to me on a deep level.”

And that is the true spirit of house music.