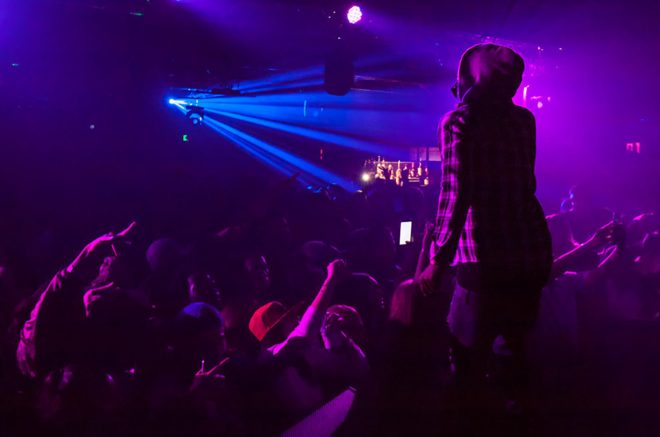 Ham on Everything founder Adam Weiss nestled himself into the booming rap pocket of Los Angeles, obsessed first with backpack hip hop and then artists like Lil B, Waka Flocka and Soulja Boy. After linking up with Romo and DJ Stereotype, who would eventually become his business partners, the trio stumbled upon the cheeky moniker for their series simply by promising that they would always go "ham on everything" during their parties.

Ham on Everything quickly garnered a devout following - lovingly nicknamed the 'Hamily' - by booking live performances from Danny Brown, Juicy J and even Adam's No. 1 from day one, Lil B.

"It's this really positive experience where you don't have to be 'cool'," Adam says as he paints the picture of Ham on Everything. "You can be ratchet, you can be turnt, you can jump around like an idiot, go fuckin' crazy in a mosh pit, twerk on top of a speaker stack - and you won't be judged." And in the spirit of the crazy youngsters of LA, the team behind Ham on Everything dreams big for its future. Eventually, Adam and his team hope to expand the series into a full-fledged festival - an ideal space for all the proud, party-loving weirdos of the city. 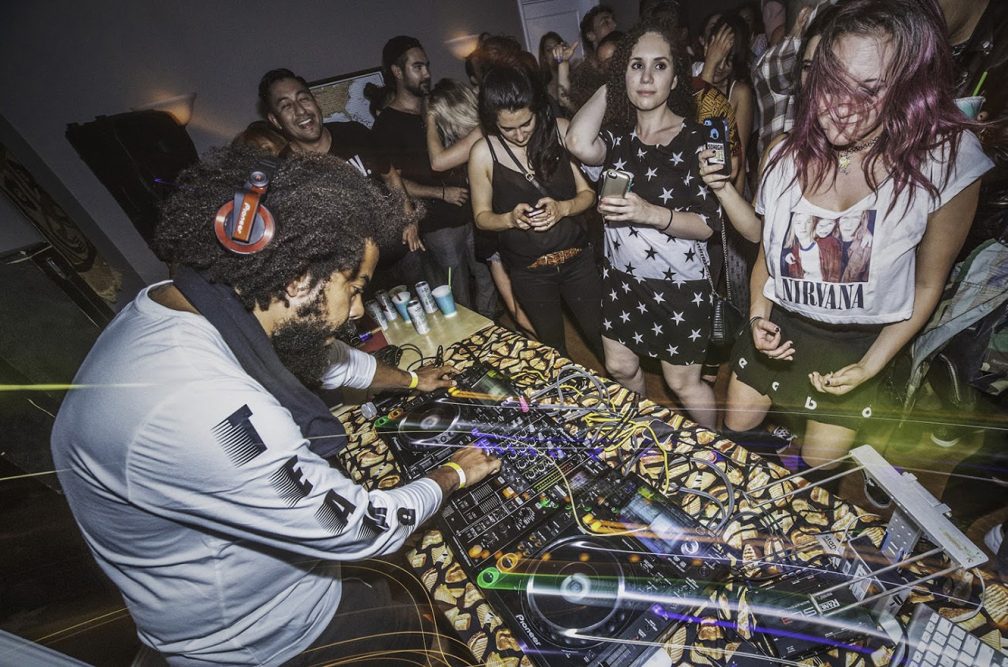 Sharing a story similar to many in the city, the founders of Free Grilled Cheese began as a group of Los Angeles implants eager to find a unique, effective way to meet and build their own community. As one might guess based on the name, the networking party became centered around everyone's favorite after-school snack, but most importantly, the laid back attitude that comes along with its cheesy goodness.

"The grilled cheese itself acted as an ice-breaker, and the venues we chose (originally apartments and homes) stripped away the pretentiousness and feeling of 'I can't'.' The feeling of 'I can't approach ______ because he'll think I'm stupid', or 'I can't go hang out around ______ because I'm too scared,'" co-founder Steph Whittier explains. "Nobody was uncomfortable at FGC, and as a result, meaningful friendships and professional collaborations were born."

And indeed, the bizarrely unprecedented party has cultivated the warmest of cultures while still drawing in the exact A-Listers that Whittier alluded to. Major artists like Jillionaire have stopped in to offer their DJing skill sets while other mega names like Skrillex and Diplo have strolled through previous editions of the Free Grilled Cheese, all for the sake of the sandwich and a bit of tangle-free networking, done only as Angelinos could.