When you’re in the peak of your clubbing years and often spending more time in dark and sweaty clubs than your own bed, there’s a feeling of invincibility that comes with the flush of youth. Turn the wheel of time and a whole generation of ravers and music fans felt the sharp pain of mortality when legendary d'n'b and techno pioneer Marcus Intalex, aka Trevino, unexpectedly passed away last May.

One of those questioning his place in the world was Marcus’s wingman, MC DRS: “Death makes you re-evaluate where you sit in the world and what message you’re going to leave as a musician or artist.

“My real-life shit has fallen apart,” he says with a heart-on-his-sleeve honesty that’s carved into all of his lyrics. “It sent me really inward but then it’s made me really outward with music (he’s made three as yet unreleased albums in the last year). As a man, it’s hard to turn around to someone and say I need help, especially in Manchester. They’d say ‘Give your head a wobble.’ I’ve had my partner and then you’ve got to do it yourself, or look at therapy.”

He’s not alone. Legendary garage and bass music beatmaker Zed Bias’s head has been in a similar place and he’s used it as the inspiration for a new album project called ‘Selectah, Vol. 1’. “In the last 12 months, I've had my own mortality on my mind, and my own legacy, as a man and as a producer. I've spoken to a couple of friends recently and we feel we've all been writing the most real and most emotional stuff since our mate passed away.” 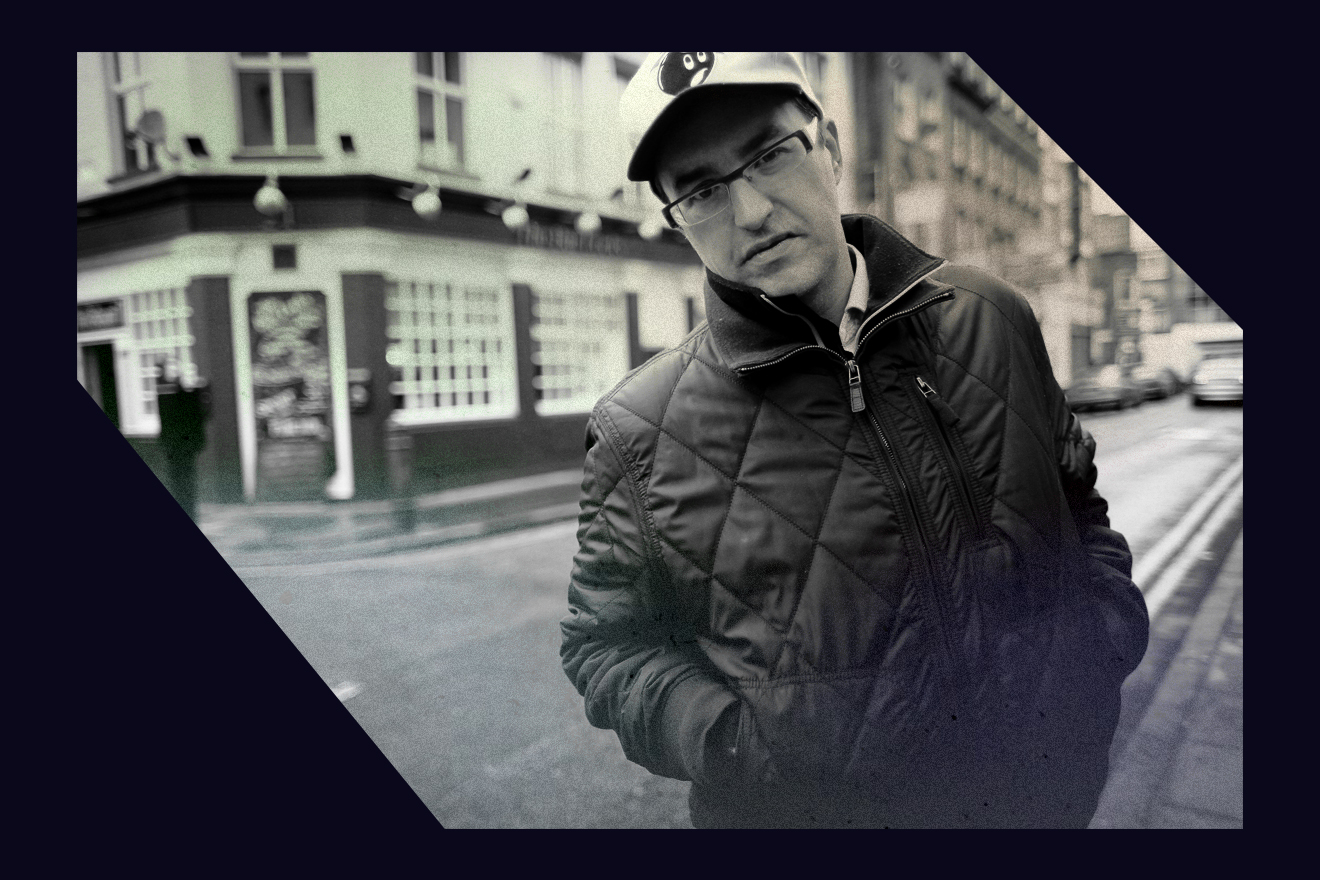 Listen to the Marcus-inspired ‘Irreplaceable’ or the clarion call to make music that matters rather than chasing hits on ‘Clipping My Wings’ from DRS’s forthcoming hip hop album - the other two include a project with Children of Zeus’s Tyler Daley and a separate drum ‘n’ bass album - and you’ll hear this emotion pouring out of every line. Not that this should come as a surprise for a man who was able to summon up the power to record the devastatingly personal ‘Angel’s Fall’ with Soul:r alumni LSB in the wake of Marcus’s passing last year.

“I processed the grief of losing Marcus through my music,” explains DRS. “The hip hop album (produced by Pitch 92) has made a lot of people cry. It’s kind of like listening to myself give myself therapy.”

With a back catalogue that’s unquestionably one of the greatest in drum ‘n’ bass, plus his stewardship of the Soul:r and Revolve:r labels, and his later forays into techno and house via his Trevino moniker, Marcus was a giant in underground electronic music. Fittingly, the response in the last 12 months has been suitably deafening. Along with posthumous awards and recognition from D&B Arena and We Love Jungle, tributes have been sent from all corners of the world.

“It’s been overwhelming. The fans, promoters, other producers, everyone has been amazing. People don’t know how much it means to everyone close to Marcus,” says DRS. 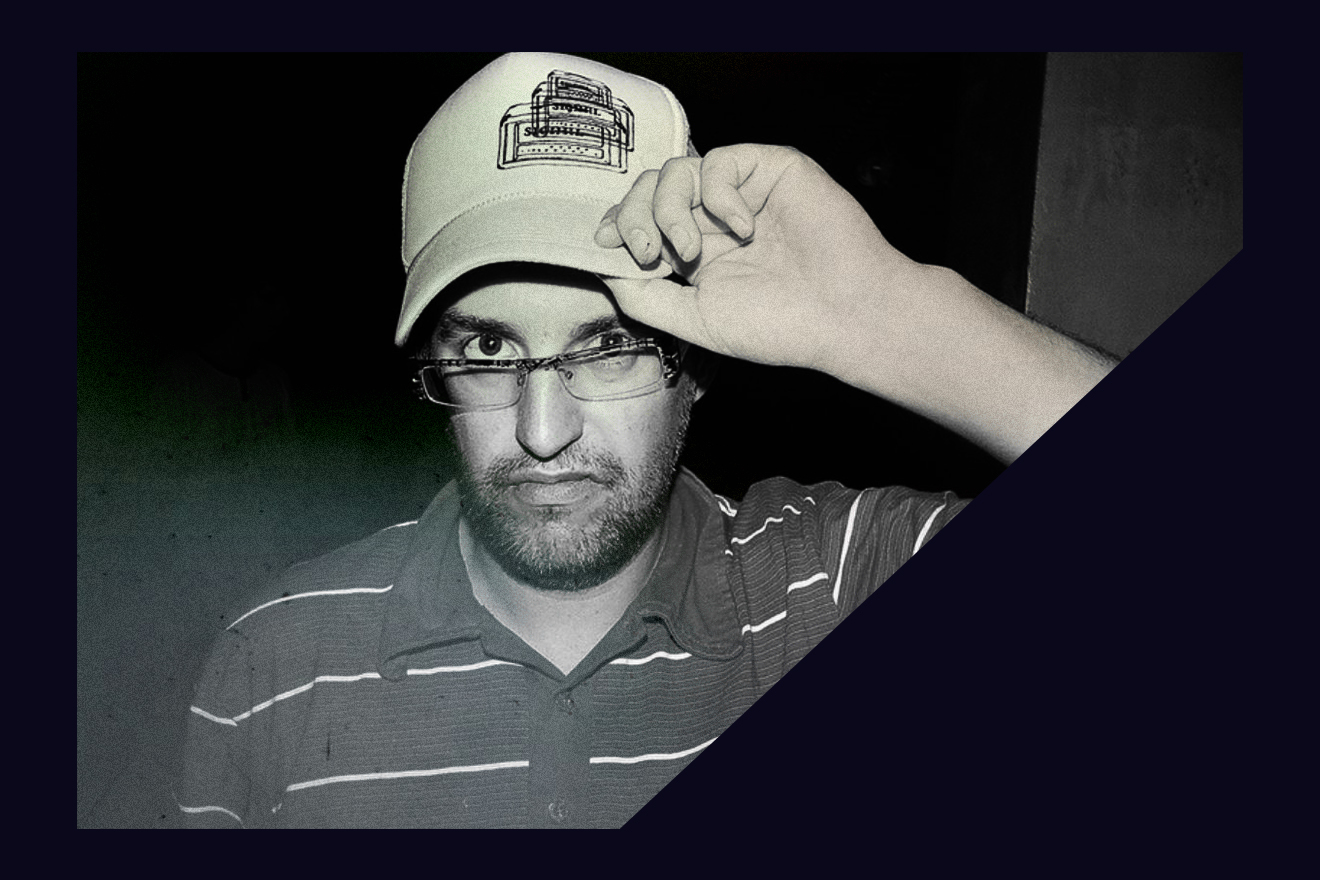 Those closest to Marcus include his mum, Pat, whose name comes up time and time again during the different conversations with his friends and colleagues, and his long-term partner, Ayumi, who Pat describes as “a very special and talented person.” It takes one to know one. “Pat has got everyone through it,” DRS explains. “She’s a real inspiration.” At a night dedicated to Marcus at Band on the Wall in Manchester last June, Mark XTC remembers, “Seeing Pat on the stage that night just filled me up. I don’t think there was a dry eye in the house.”

It was Mark and Marcus who originally put Manny on the map for jungle and drum ‘n’ bass in the mid-90s, producing tracks like ‘What Ya Gonna Do’ and ‘I Like It remix’ under Da Intalex, and he’s seen the love for his old friend first-hand at the awards ceremonies. “It’s been a complete honour,” he says when asked about picking up the gongs. “Marcus was a genius when it came to production; his creativity was second to none. His music touched so many and will continue to live on.”

Inevitably prices have rocketed for Marcus’s untouchable oeuvre on Discogs in the last 12 months - his landmark debut solo album, ‘21’, is regularly listed at just shy of £100. And while every track he made - whether as part of his era-defining collabs with ST Files and Calibre, or on his own - is of exactingly high standards, fans have been able to get their hands on more of his work since he passed. One of those came from a long-time friend and kindred spirit, aptly called, Spirit.

“The response was tremendous. I didn’t want people to buy it (‘Untitled Mcr’/‘Acid Monday’) just because it was a posthumous release. People seemed to genuinely be into the music, which is all I wanted, rather than for it to become some kind of ghoulish collector’s piece. I know Marcus would have absolutely hated the idea of people buying it if they weren’t into it!” 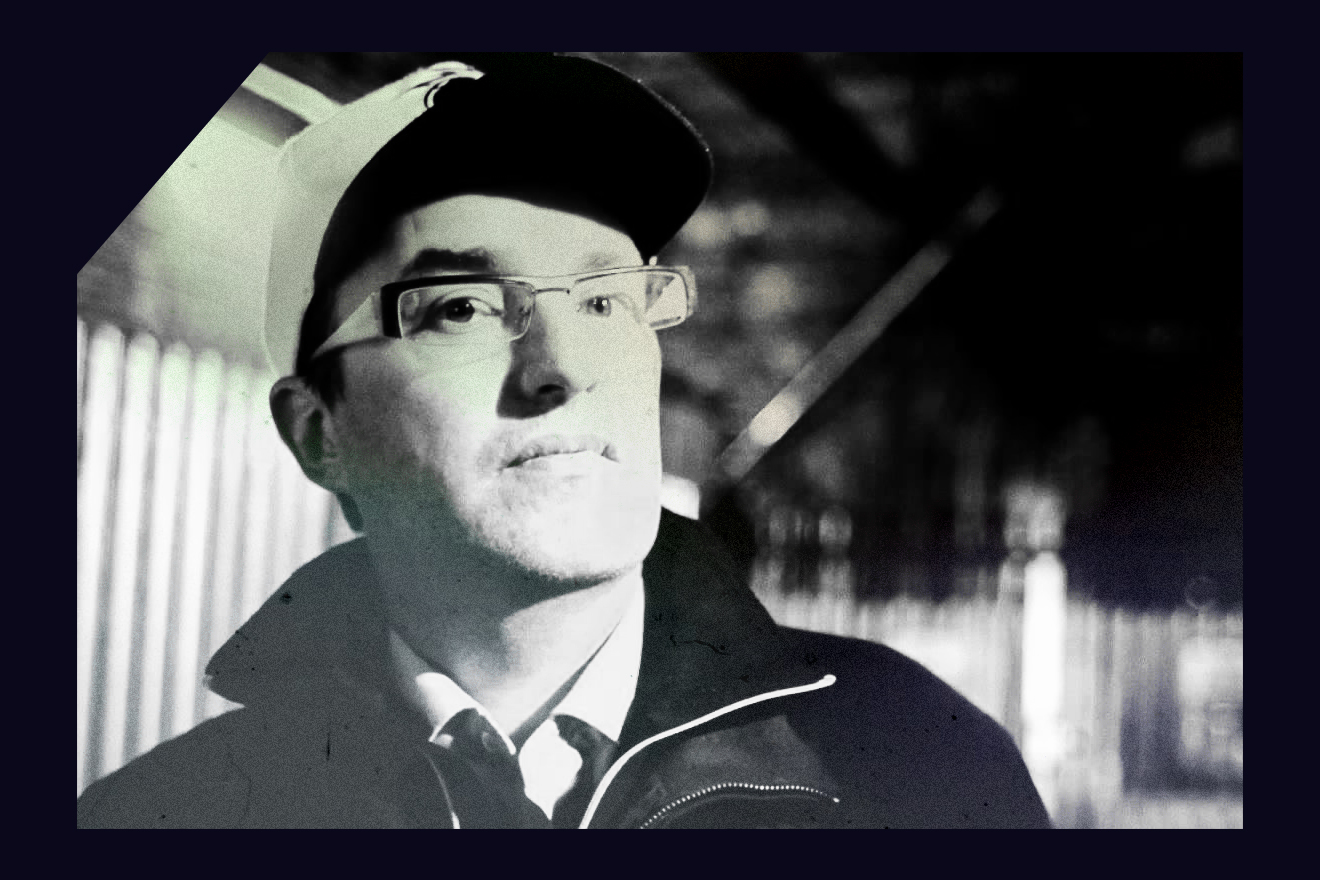 Three more tracks surfaced via his long-standing association with the Sardinian Sun & Bass festival and label of the same name, with a Jubei collab also rumoured to be on its way at some point too. There’s bound to be more out there but DRS has his own view: “I’m sat on so many things. But personally, I want to leave them for now. There’s enough work that he put out in the world to discover. I also know how fussy he was. With my albums, he’d be changing stuff minutes before they’d go to press. I know he’d always want to change something.”

When asked about Marcus’s legacy, Zed Bias is quick to acknowledge just how far his influence stretches: “I think Marcus's legacy runs a lot deeper than just his music catalogue. Musical relationships. Alliances. Friendships. He was a bloody genius, and a gentleman, and a very funny guy, especially when he wasn't trying to be funny, and he was just being grumpy!”

“Anyone who has come through in the last 25 years or so owes him a debt of gratitude,” adds Tunde ‘2D’ Babalola from Future Cut, a duo who were a key part of the Manchester scene at the turn of the millennium and who have recently returned to the drum ‘n’ bass scene. Darren Lewis, the other half of Future Cut who lived with Marcus during the time tracks like ‘Universe’ and ‘Midnight’ were being crafted, adds: “His passion for music was undeniable and totally infectious. To see his (and ST Files’) pared-down studio and hear its output taught me that when it comes to music, ideas are king, and it’s not about the latest or most expensive piece of equipment. I still believe that today.” 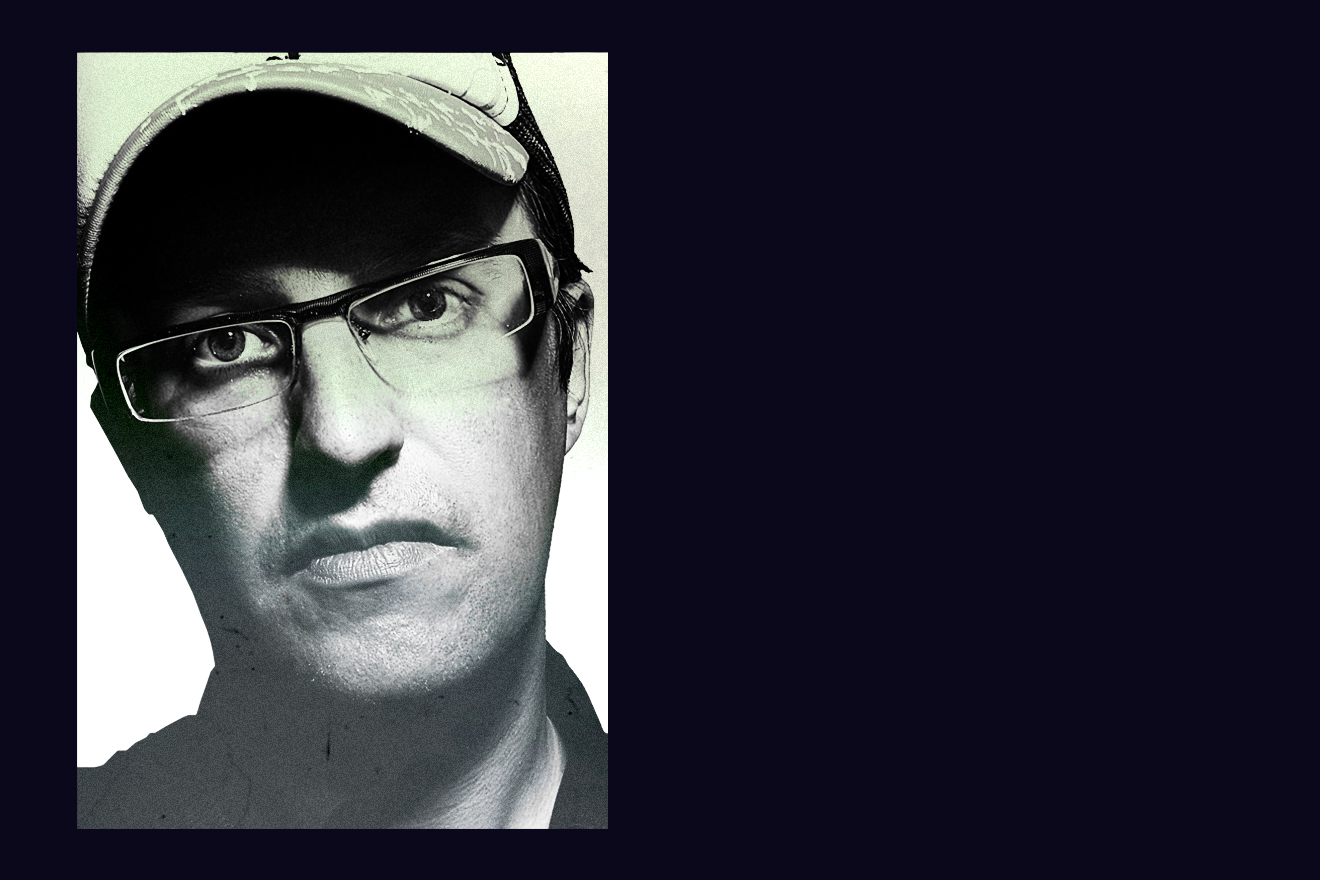 Long-time friend and associate Martyn, who was first brought through by Marcus and went onto co-produce tracks together before returning the favour to his old mentor by releasing Marcus’s first Trevino tracks on the 3024 label (he’s also dedicated a track called ‘Manchester’ to him on his new album) salutes his quality and versatility behind the decks. “He was an ace DJ, had huge depth and played lots of hard to find or forgotten gems, especially from his Eastern Bloc era. Not many people can say they played Berghain but also Metalheadz nights.”

One of his greatest allies was, of course, Calibre who paid this tribute: “I loved Marcus like a brother, and like brothers, we had our differences, but one thing we always agreed on was music. It wasn't just the soulful sounds, it was the way Marcus was an intelligent, relentless, perceptive, passionate and influential music man who loved a laugh and a moan. When I first heard 'How You Make Me Feel' it seemed to confirm feelings I had about drum 'n' bass and its capacity for beauty in the dance.”

And, after 12 months in which she’s been a rock for everyone close to Marcus, it’s fitting that Pat is given the final word. “Marcus’s legacy to the world is his music and also his humanity. His legacy to me is his amazing friends whose love and support are ongoing, and you are all now part of my family. Marcus was simply loved and respected by everyone. As a proud but sad mum, I could not ask for more. Please keep enjoying his music, and I love and thank you all.”