Lord Apex has slowly but surely been making history. Over the past eight years the West London rapper has built up a prolific portfolio of releases, first emerging as Tino Apex in 2013 before anointing himself Lord the following year. His run of self-released tapes deployed through Bandcamp, SoundCloud and YouTube have experimented with an array of unconventional beats and flows, capturing the attention of those with their ears to the UK's underground.

In 2021, Lord Apex is at the top of his game. Coming off the back of 2020’s fantastic ‘Supply and Demand’ (produced entirely by V Don), his latest effort, ‘Smoke Sessions Vol.3’, is a continuation of the ‘Smoke Sessions’ series that began in 2016 and offers a hazy interpretation of hip hop.

“‘Smoke Sessions 3’ started end of 2018. I knew I wanted to get to that trinity, like alright we’ve got three, a nice solid three, and you can see the crazy progression in all three,” Lord Apex tells me confidently over Zoom. He knows his worth and isn’t afraid to assert that over the course of the conversation. “As time went on songs started to get crazier, songs started to get more personal, more things started to happen in my life around the album: things I was manifesting, things I wanted to happen. It went from a project to an album — you can hear it in the music that it was treated as such.” 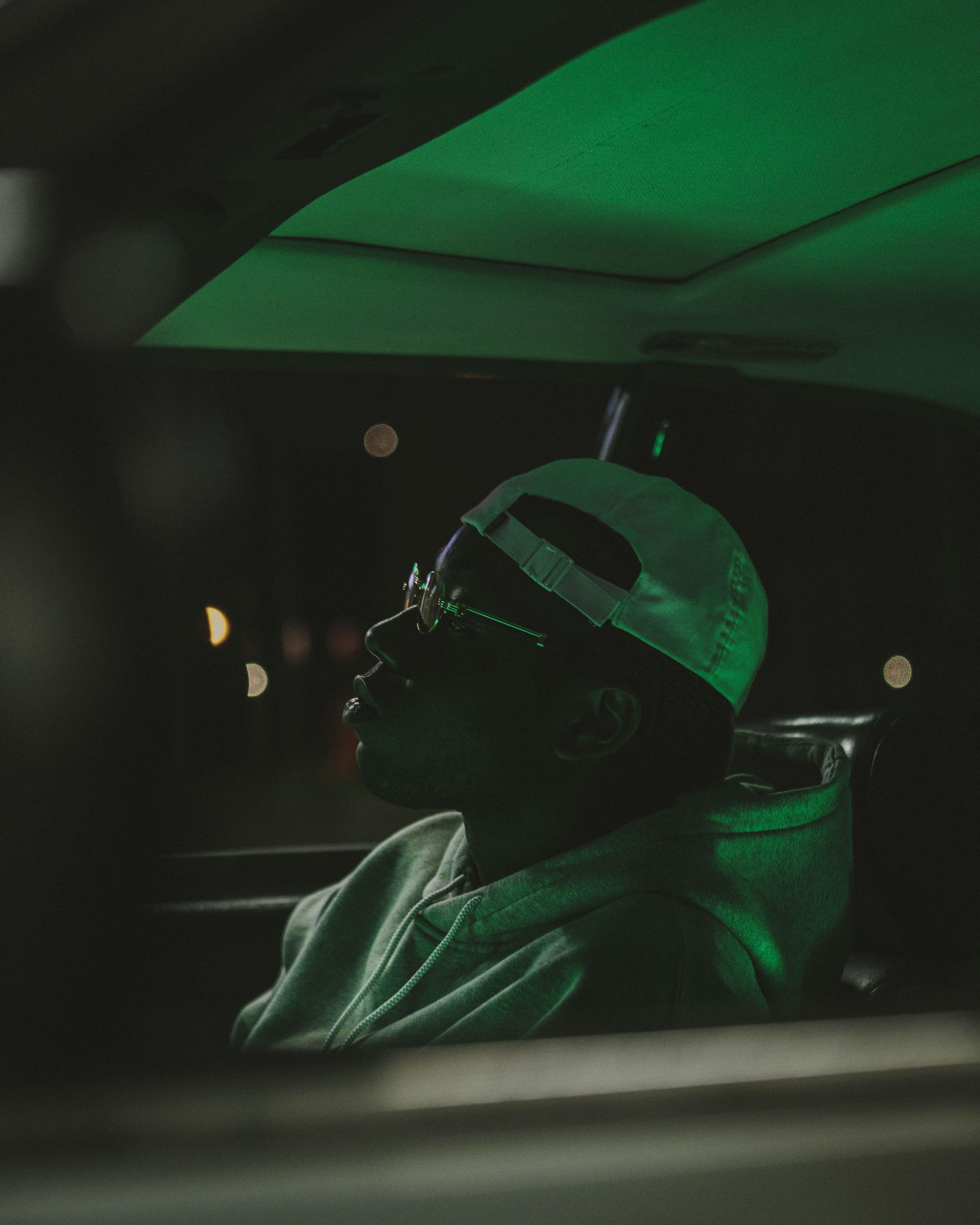 The Smoke Sessions series began with much shorter, more compact projects - but with on the third instalment, Apex branches out to explore more thematically, covering topics from self-doubt to self-improvement and the perils of success, giving himself room to flex the fullness of his lyrical ability. This project, as with the rest of the series, brings together a number of underground producers, also giving them the opportunity to demonstrate their potential, and it shows.

“I always wanted to be the person that helps put the whole game on, you feel me? You can see the proof in the music, a lot of my bigger songs come from producers that don’t necessarily have no credits or nuttin’,” he says, ruminating on past releases.

“You kinda gotta give everyone a chance because more often times than not, the ones that go crazy is the guys that have never done nuttin’ before… it’s just raw and unnatural”. Apex recognises that the character that defines the Smoke Sessions series, and that’s led to its popularity, is nothing without him chancing on producers starting out.

An album standout ‘Vernacular’ is a testament to this unnaturalness, as Apex chooses to flow over Ben Mulade’s swinging and unorthodox production — an accordion being the brush with which Mulade chooses to paint. Apex doesn’t fear sounds that push the boundary, as he picks out a pocket that compliments Mulade’s production with ease. What’s more impressive is that he didn’t write the bars, but it was a freestyle:

“Got the beat one day, it was like.. this one of the wildest things I've ever heard. I'm just like, wow! To the point where, when it came on and I was freestyling to it just before I started recording myself, it was like, there's a pocket in here that is just different - and if I hit it, then we can make suttin' special.” 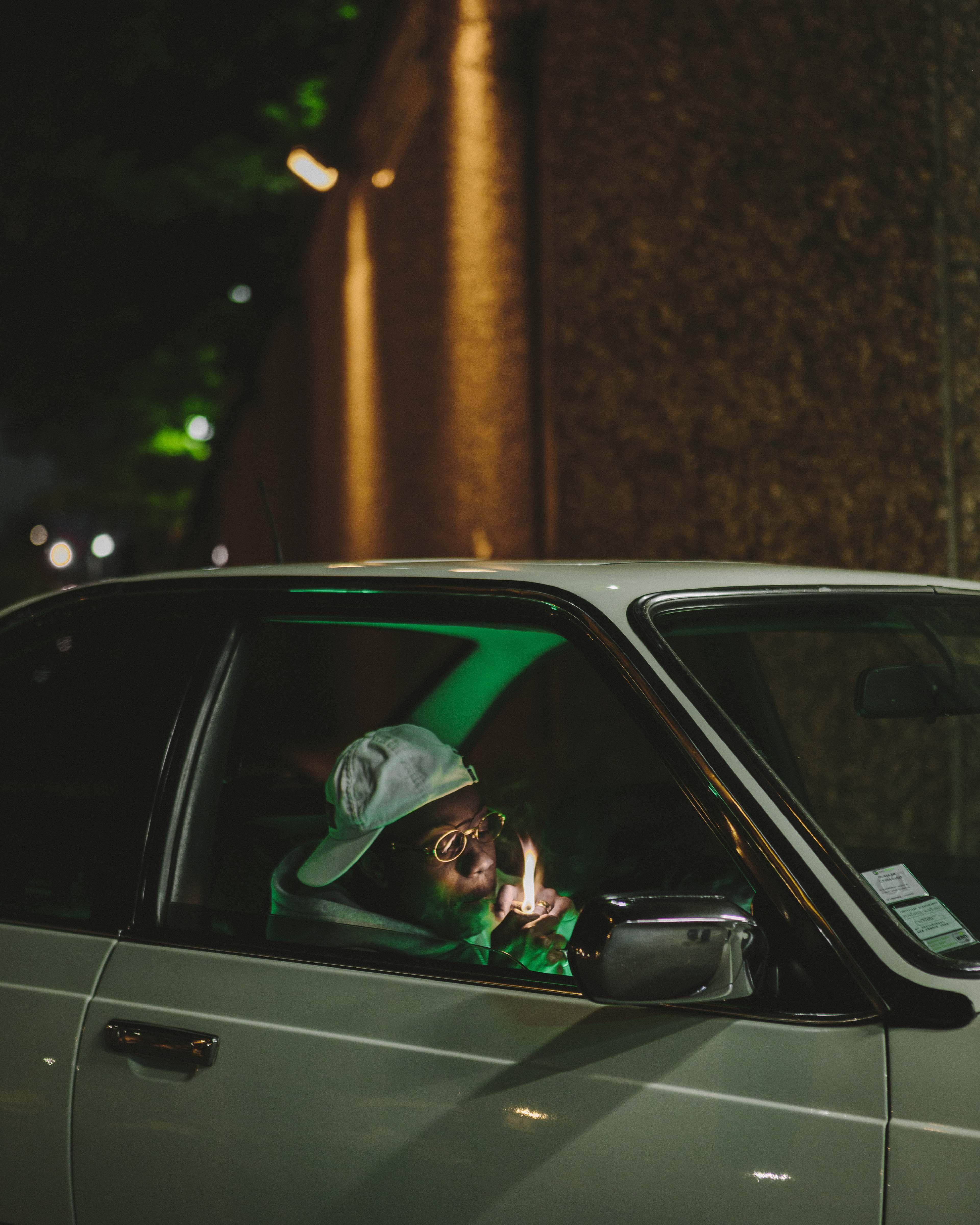 As much as Apex wants to bring everyone up with him, he’s no stranger to the top of the game. Just after the release of the album, he tweeted about collaborations with Madlib that remain in the vault. He has the co-sign from legends in the game, and this only affirms the rapper's existing confidence. He laughs it off when I bring it up, but the collaboration is dear to him. He’s seeing the things he’s manifesting coming to life before him, and that can be heard all over the raps that sprawl across ‘Smoke Sessions Vol.3’.

“That was one of my dreams, and I already got to live that - I just had to let people know what sort of energy I’m working with right now in terms of the current music that’s getting made and not getting put out,” he says.

Read this next: Madlib: "If I didn't do magic mushrooms, I'd probably just be doing hip hop"

The unreleased collaborations will eventually see the light of day, says Apex. “I never really wanted it to be an over e-mail thing, but it essentially turned into that so I’m not going to be mad at it. I know, because it’s destined, we’re gonna link up and do it how it’s supposed to get done.”

The rapper’s part in shaping the underground scene has earned him the status as one of UK’s most talented and influential rappers. His impact can be traced through the leftfield flows and DIY mindsets of artists such as Louis Culture, Finn Foxxell and the Nine8 collective, whose unrestrained self-expression is emboldened by their independence.

When I ask him if he can see the impact he’s had on the scene, Apex recalls hearing a project that cited him directly as an inspiration: “I listened to the tape, I was like, ‘This is awesome!’. It was the first time I could see it, just like, blatant,” he says. “Down to all his cadences, flows, I can hear where he’s been listening to my stuff.”

“That was the first time where someone had actually been honest with themselves and been like ‘Alright, I’m not gonna hide the fact that this was inspired by him’.” 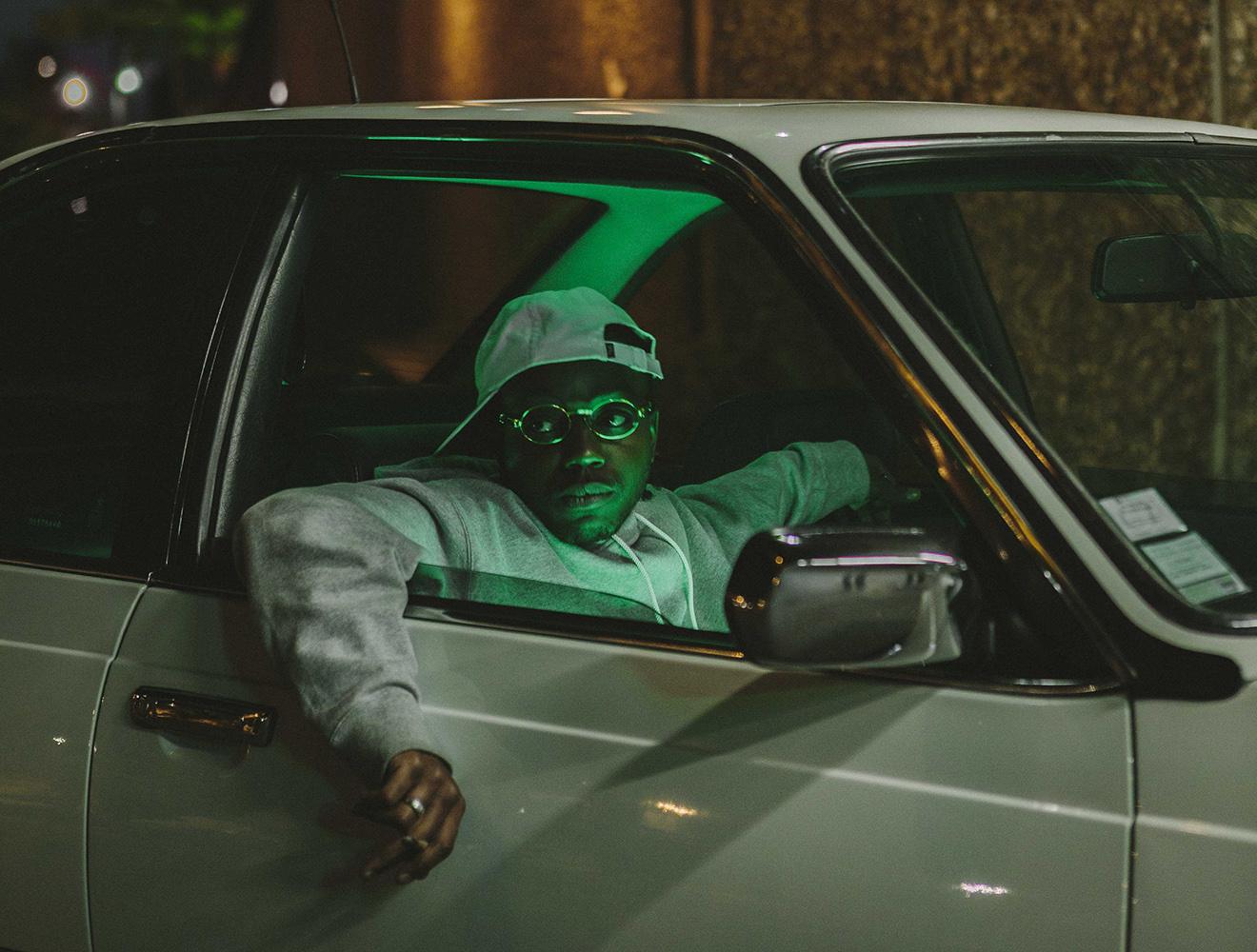 Alongside this, Apex’s appearance, consistently donning baggy Carhartt trousers and beanies, has also influenced the look of the scene. “I’ve seen how everyone changes how they’ve dressed, how they wanna approach the cooler sides of the music. Just everything. It’s all homage. Same way a lot of things I do, the way I dress is just homage to my favourite artists. It’s all love.”

His love for Carhartt can be found in his lyrics, his videos, his public appearances. The brand is sponsoring his upcoming tour, which takes him across the UK to intimate venues he vows to to electrify. With venues hoping to re-open soon, Apex is eager to give the fans a taste of what they’ve missed.

“I'm 'bout to go Super Saiyan. It's gonna be one of those where, if you miss these shows, you're gonna regret it for the rest of your life,” he says. “It's gonna be them sort of shows cause that's the sort of energy I'm looking to put into it.”

Live performance is something he’s poured endless amounts of energy into, and his excitement to get back out on stage is palpable. “As much energy I just put into that whole album, I'm gonna put a thousand times that into every show," he asserts. "Once people see how we're coming, it's gonna be like 'Yo, he's a great artist, funny dude.. but his stage performance? Is out of this world'. You don't want to miss it.”

Lord Apex plans to take over and look good doing it. His influence on the fashion and the sound of the underground is both felt and seen. More importantly, as he’s always been, he’s confident in his ability, and achieving his aim of pushing his sound forward for the rest of his career.

“When I hear songs from the best people in the game, I'm like 'Oh, I can write like that'. No cockiness, no nuttin'. I could be mentioned with all of these dudes,” Apex tells me cooly. He's not interested in reputation outside of respect for his artistry, and across each of his releases, including all three 'Smoke Sessions', the music speaks volumes.

“I don't need no clouty sort of respect or 100k, 200k followers, I need you to respect my pen,” he asserts. “'Cause we're in this to show that the pen is serious. That's it. As long people’s out there like, 'Yo, we shouldn't play with his pen', then I'm doing the right thing.”