Setting up a small independent record label is challenging at the best of times. Throw a global pandemic and a music industry in turmoil into the mix, and you’d think it would convince anyone to put any such plans on ice. Not so for Tom Slater, who set up Hyde Records in Leeds during the UK lockdown at the height of the coronavirus pandemic.

As well as being a budding label boss, Tom is also a junior doctor who’s been working for the NHS in Leeds throughout the COVID-19 pandemic. Although the initial peak has passed, cases are still very much on the rise in the UK, and it was nigh-on impossible to grab time for a phone call with Tom for this piece.

Hyde Records was born during his very limited downtime from working on the coronavirus wards. At a time when the dance music industry and medicine are entirely at odds with each other, Hyde Records feels outrageously optimistic — but it’s precisely Tom’s optimism that’s so alluring. In spite of everything, the label put out its first release in August; Ross Robertson’s ‘Ukiyo’ EP is a blissed-out downtempo record that balances beats inspired by garage, jungle and house with slow, meditative loops to create a body of work that’s relaxed and contemplative. Support has come from Sasha, Laurent Garnier, Laurence Guy, and more.

Throughout our conversation, Tom seemed unfazed by what seem like the insurmountable, intimidating obstacles to starting a label in 2020 of all years. In a sense, his ability to put his head down and crack on is the most grounding reaction to the storm raging around his daily life.

When Tom decided to start Hyde Records earlier this year, he didn’t intend it as a radical act of hopeful defiance in the face of the events of 2020. For him, it’s just a way to release the music that he believes in from underground artists in Northern England. But starting a label now, in the middle of a global pandemic and the biggest economic recession that the UK has ever seen, when ravers are indefinitely home-bound (at least officially), and the future of the electronic music industry seems uncertain at best, Hyde Records feels like a small sign that life continues and adapts in the face of it all.

Intrigued by the idea of a junior doctor moonlighting as the owner of a small-scale DIY record label, Mixmag snatched some time with Tom to talk about how he sees music and medicine as intersecting, the ethics of starting a label now, and his plans for Hyde Records’ longevity.

What has been your road into electronic music?

I think it’s been around four years since I started a house music event with my housemates at uni in Leeds. We initially began with a party called Primal Sound just for our mates and grew to throwing parties in Leeds, Liverpool and Newcastle with artists such as Groove Armada. We’re now still throwing smaller, more intimate events in Leeds, so a label project felt like a next logical step in the industry.

How has that sat with your career in medicine?

It’s been interesting for sure. There’s been a couple of times I’ve left a late shift at work in hospital and gone straight to a party on a weekend, which is a bit mad. On the flipside, it’s totally different to the day job and I find that really helpful to switch off from medicine.

How did Hyde Records come about?

The label has been in the pipeline for a while – I’ve known Ross for a few years and we’ve talked about releasing some music for at least a year or two. I’ve always felt he has the ear to produce music with potential to do well, and he’s really come through with it in this EP and come up with some tunes to an incredible depth of production.

It is really about giving artists like him a platform to get music out there, and hopefully we can build on this record with our next few releases. We’ve been blown away by the response so far from some international names, and just want it to get listened to.

You occupy a unique position as a junior doctor and label owner; what do you think the music industry’s particular problems are in terms of longevity in the face of the pandemic?

I’m probably not much more qualified than anybody else to comment – my opinion is that music will always persist. The industry is no doubt going through one of its most challenging periods in history, and this is especially true for underground music and artists who rely on bookings for an income. But we’re also at a time where we have the most access to technology and online ways for artists to connect with their audience.

Things are likely going to be like this for a long time and this is the ‘new normal’. There’s been some ‘socially distanced’ clubbing events, like Gerd Janson in Germany, and Patrick Topping in Newcastle, which have been successful; they probably aren’t for me, but if it’s a way for venues and artists to keep going, then go for it. There are quite a few illegal raves going on at the moment too – my outlook is that, whilst I get why people want to go and why they are happening, ultimately they are contributing to extending the lockdown and the recent rise in cases; I would prefer to keep things safe for now and help to get things going sooner in the future.

From where you’re sat as a health professional then, what insight do you have in terms of what the music industry’s “new normal” might look like?

Until there’s development of herd immunity or a vaccine – which will take quite some time and is not an easy task – it’s going to be tough for live performances. In that sort of setting it will always be difficult to social distance properly and keep people wearing masks, especially with dance music and club events. There is the possibility of events like Gerd and Patrick Topping that I have mentioned, but realistically we don’t know how things are going to progress over the next 12 months – I would just say that the virus is very real and is here to stay. The last few months have been very tough in the NHS and it’s important that people take what is happening seriously as for now, things are not going to change. 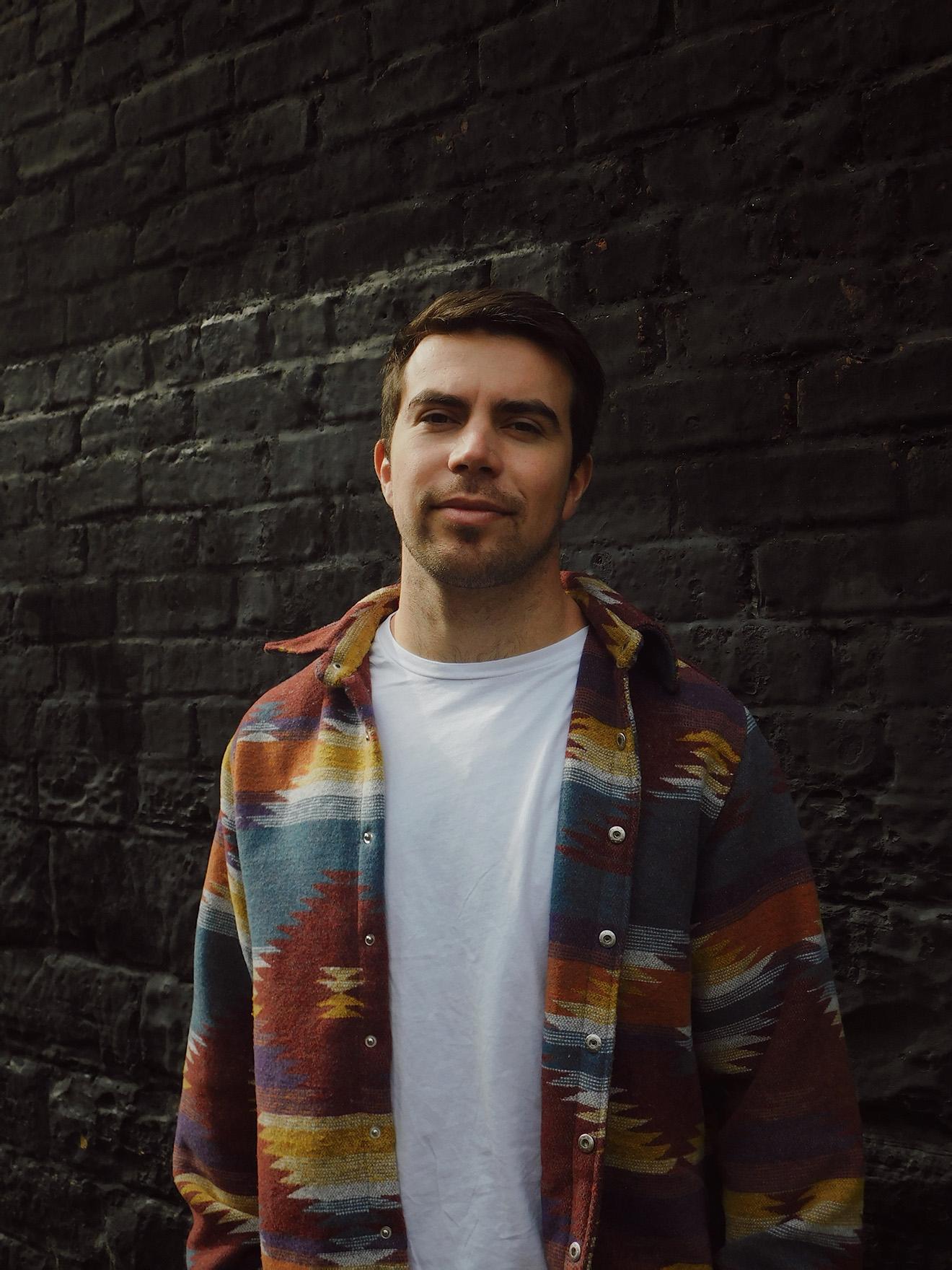 What are the links for you between dance music and medicine?

For me, they are at opposite ends of the spectrum but are part of the same sphere. There are obviously physical conditions that are not going to be cured by a good tune, but equally there can be an effect of dance music on mental wellbeing that is hard to describe. The last few months have created ‘lockdown anxiety’; dance music produces that feeling of togetherness and community that they’re craving and can be as effective as any medicine in that way.

What are the unique difficulties, as you see them, of setting up a new label during a pandemic?

I would have liked to have hosted a label launch party and to promote the music through bookings and word of mouth, but that’s obviously not been possible. There have also been delays in manufacturing physical vinyl as factories are working at a limited capacity. I’ve also been ridiculously busy working as a junior doctor during the pandemic, so had to find the balance of launching the label with that.

It feels like a defiant act of hope in what are very uncertain and stressful times; are you hopeful for the future of the music industry?

I am – we have to be hopeful, as what else can we be? The lockdown and pandemic have almost been like a reset button; hopefully it’s made people realise how much we value music and reaffirmed it’s importance in UK culture.

The UK music industry also contributed £5.2 billion to the economy in 2018 and employs nearly 200,000 people – it’s a massive industry and can only bounce back in the future when safety allows; I hope the government also recognises the value to society that it brings and provides the support where it’s needed to get us through.

Read this next: 16 of the best uplifting DJ mixes

Since the worldwide attention on Black Lives Matter in recent months, what responsibilities do you see yourself as having as a label owner to create equality in dance music? And have you made any provisions for this within Hyde Records?

That’s a really important question. The first thing I’ve done is read – I’d recommend Reni Eddo-Lodge’s Why I’m Not Talking to White People About Race and Robin DiAngelo’s White Fragility. As a white male in the UK, I’ve never encountered discrimination and was no doubt ignorant to the level of racism present in the UK, which is really the definition of white privilege.

With recent events, I think there’s been an important appreciation of the roots of dance music in Black culture, which I don’t think was as widely known before the BLM movement. Going forward, we need to keep the conversation going and make sure to appreciate and not appropriate Black culture in dance music. As a label owner, there’s a responsibility to be make sure we are anti-racist and it is something we will keep central to our plans in the future; this means we will be on the lookout BIPOC producers who fit the musical direction of the label and promoting Black artists and artists of colour alongside our label residents when we can get back to dance events.

What are your goals for Hyde Records?

Ross and I have been planning some edits and we have a VA release in the pipeline for later in 2020. In the short term, I would really like to get Ross’ EP out there – it deserves to be listened to and is an impressive debut release. In terms of longevity, it needs to be followed up by an equally exciting level of production. I’m a big fan of producers such as Laurence Guy, O’Flynn, Nyra and Special Request, so to get work on that kind of level would be amazing. Being from Leeds, it would be huge to create a label based in the city promoting local talent and help to put Leeds at the forefront of the music industry.

Hyde Records is an independent record label based in Leeds. You can find them on Bandcamp or Spotify