There are not a lot of cars or people on the street on the famed Sunset Strip in Los Angeles of a Friday evening. The movement that catches the eye is the blips of the digital billboards that line both sides of the boulevard. The historic venues of the Strip are still standing and operational: the Whiskey A Go-Go, the Roxy, the Rainbow, the Viper Room, the former Gazzarri’s (now 1 Oak). But it’s the newest spot on the Strip that’s pulling all the traffic: Ian Schrager’s Sunset.

Set in the basement of the newly built Edition Hotel in West Hollywood, at the end of the Sunset Strip, Sunset’s door is tucked inconspicuously on the unmarked side of the building. Two queues of glamorous revellers line the pavement, from the ropes at the door all the way up to the main boulevard. All plunging necklines and sky-high heels, their glitz recalls the club that Schrager co-founded in 1970s New York: the legendary, and impossible to get into, Studio 54.

Read this next: Studio 54 was the craziest nightclub on the planet

Half a century after the genre’s heyday, Los Angeles is finally getting an East Coast-style disco. What the city did have, on the other end of the Strip at the Whiskey in 1964, was live acts whose breaks were filled with records played by female go-go dancers. What Sunset has in common with that phenomenon is a celebrity-sprinkled clientele such as Lenny Kravitz and Janelle Monáe. Whether Sunset will open the floodgates for similar establishments remains to be seen, although the venues of the Strip have historically copied each other’s formulas for success. 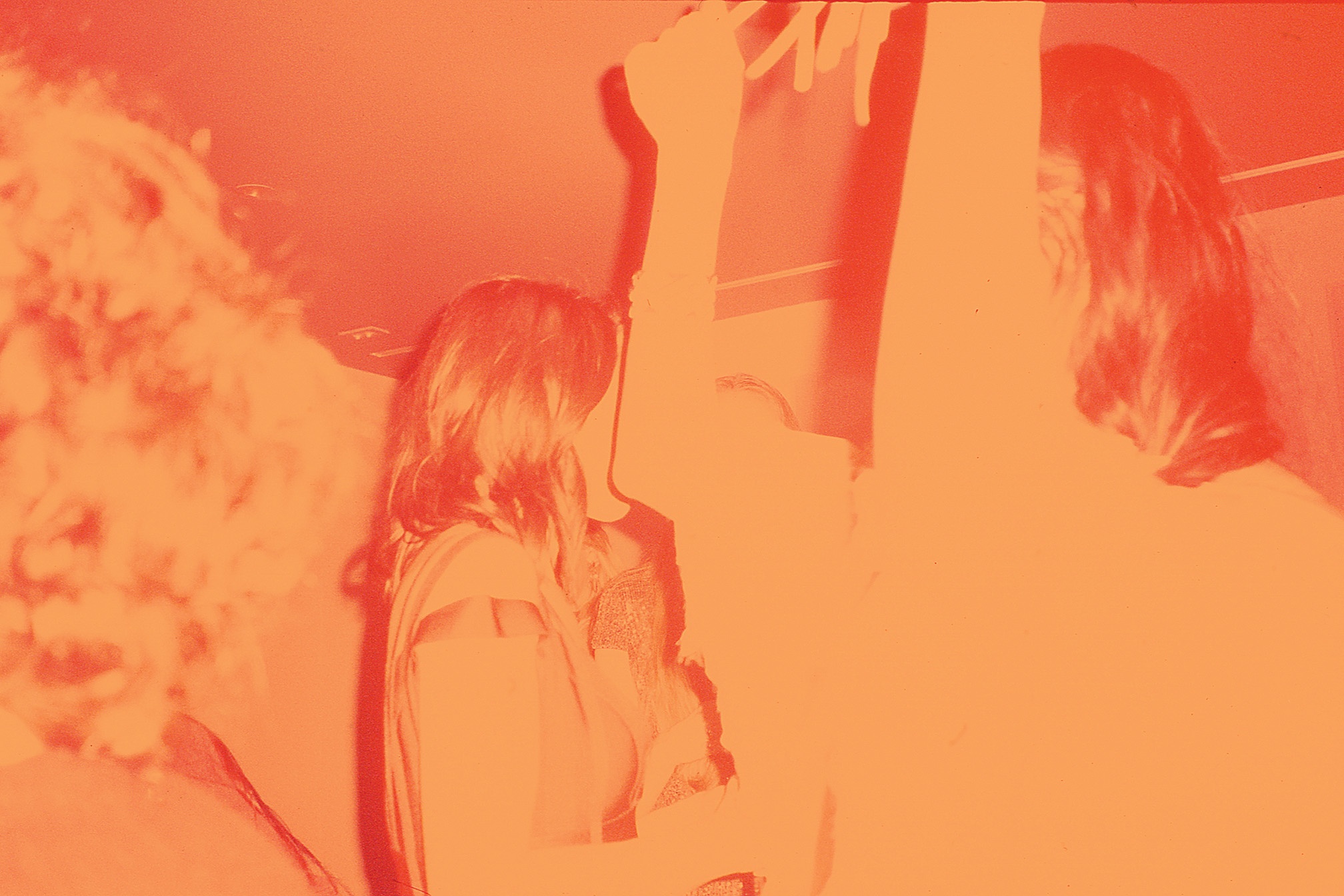 “The intention was to pay tribute to the Sunset Strip and bring back the spirit of the sixties and seventies,” says Zen Freeman, one of the LA DJs whose strong understanding of programming and proliferation of connections has locked him in as Schrager’s nightlife partner at the West Hollywood Edition. “It’s the same door policy as Studio 54, with invited guests. We want to attract diverse and colourful people. It’s meant to be a safe haven for the LGBTQ community, as well as for girls to feel free and safe to have a dance.”

Through a private WhatsApp group, “friends of Sunset” are alerted to what’s on the bill each week. They receive a message on Monday morning with the line-ups for Thursday, Friday and Saturday, the only nights the club is open. They RSVP in droves, concoct an outfit worthy of the experience, and prepare to queue.

Much like the atmosphere outside Studio 54, there’s a palpable sense of panic emanating from the line outside Sunset. After all, the club has a capacity of 255 patrons, and about half of that number are already queueing. Those within hearing distance of the suited security and glamorous list commanders plead their cases, explaining who they know and why they should be let in. Actors from Netflix shows shoulder their way to the stanchions, trying not to look desperate and failing miserably.

There is no cover at Sunset, and you don’t need a white horse to gain entry. The currency is attitude and style. The staff may be impeccably friendly and polite, but they aspire to the same inherent sense of who to let in and who will never have a hope of getting in – guest list notwithstanding – as the door pickers at Studio 54. 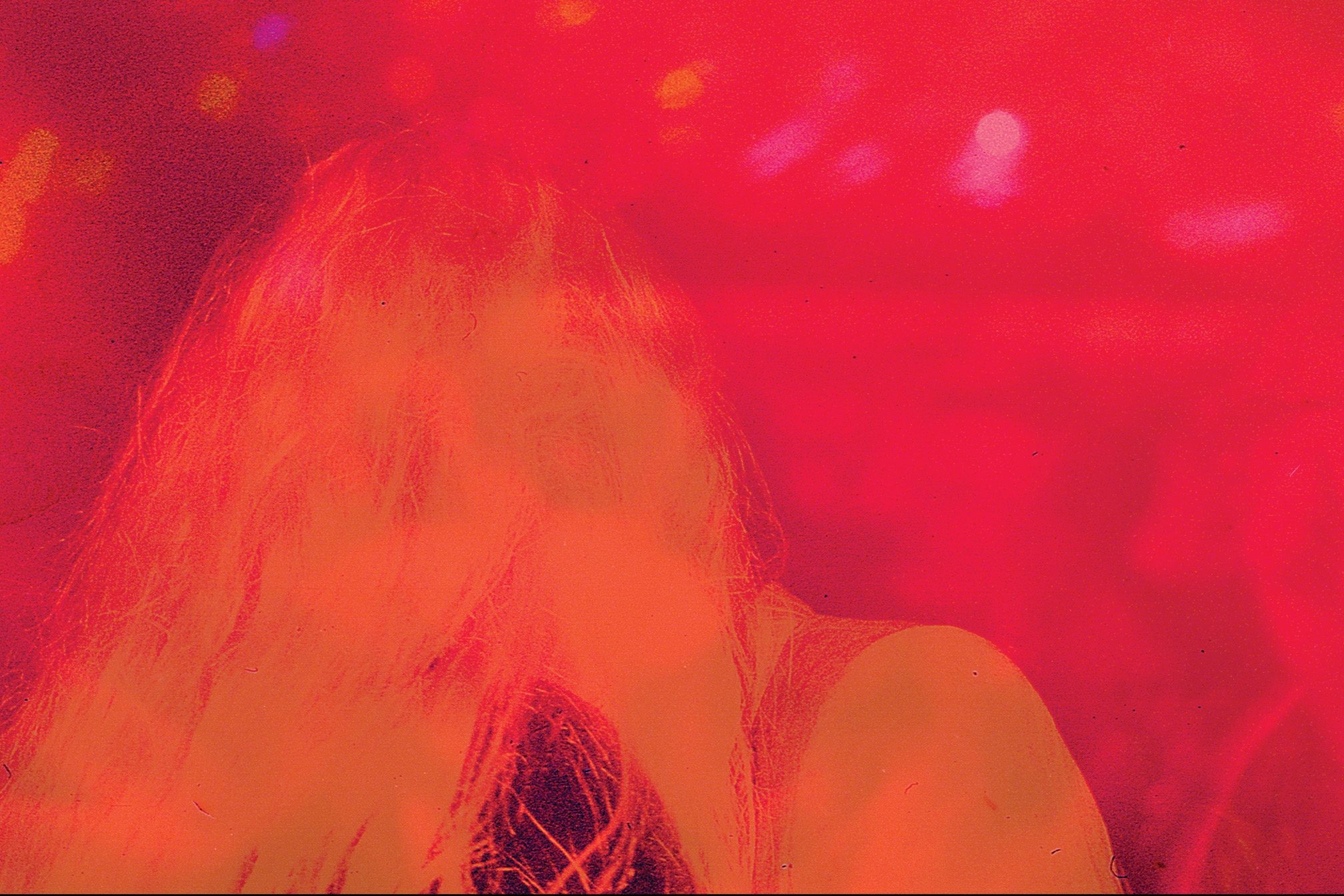 Once you make it underground, down the metal stairs and past the pool table, bypassing the smaller room to the side, it’s DJ Harvey on the decks all night long. Harvey played Sunset’s launch party and is very familiar with the dazzling underground space. He’s one of Los Angeles’ favorite adopted children now.

The dancefloor’s ceiling is alive with 400 winking disco balls of varying sizes, Sunset’s most notable feature. You can almost imagine a cloud of fairy dust settling on the crowd, who move as one to the irresistible melody of Imagination’s ‘Just An Illusion’ played on a state-of-the-art D&B Audiotechnik system.

Paul Oakenfold sits at one of the banquets that ring the perimeter, a grin on his face. François K peeks out from behind a speaker (the stars are ageless, aren’t they?) while Gregory Alexander, promoter of A Club Called Rhonda and all its offshoots, holds court in a leather harness and evening trousers. Everywhere you look, there is effortful chic, worn effortlessly. Shimmery spandex jeans, a halter top, thigh-high boots and the sparkle of eyeshadow in a shade not seen in 40 years; fishnet tights with an artfully torn T-shirt that would normally be worn to paint your house; red go-go boots and piles of dreadlocks; a pink, off-the-shoulder evening gown; a sequined emerald green jumpsuit.

“I like the diversity of the crowd,” says Glen, a fixture of the Los Angeles dance music scene for many years. “Young clubbers, fifty-year-olds who still like to go out and have fun dancing under a million disco balls... and the soundsystem in here is warm and well balanced. Anywhere you are, it’s nice and deep and up-front.” 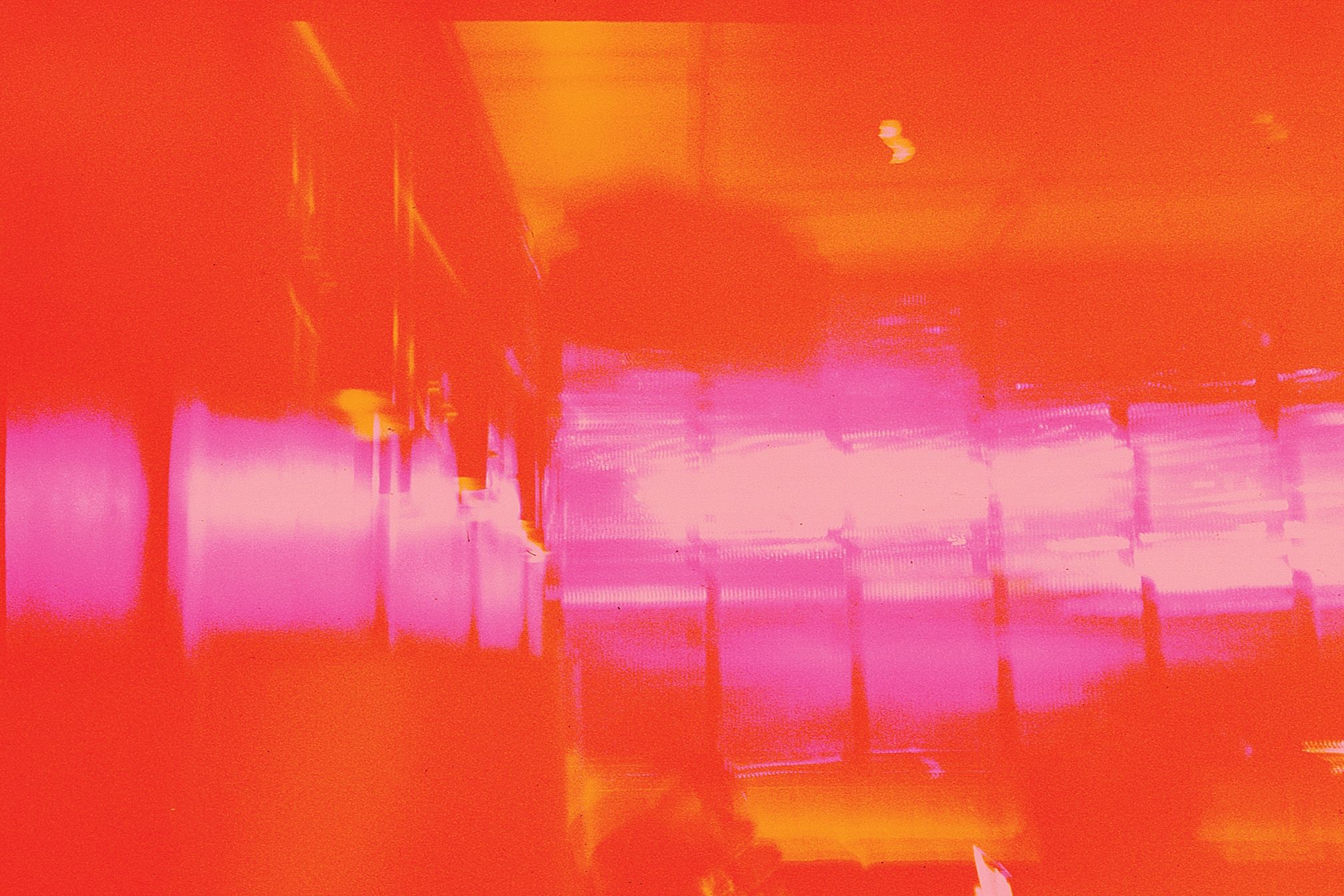 There is a mixture at Sunset not seen beyond the illegal underground scene in Los Angeles, with the added credibility of having nightlife icon Susanne Bartsch on hosting duties every so often. From Gen X to Gen Z, gay to straight to pansexual, female to male to gender fluid, Sunset looks like the epitome of what people who haven’t been to Los Angeles imagine it to be: gorgeous and glamorous, with famous people everywhere you look.

Read this next: 15 house DJs from the 90s who are still at the top of their game today

Heidi Lawden, who has been behind the decks at Sunset quite a few times since its opening in November 2019 and who can be found on its dancefloor when she’s not, says: “It’s a completely unique club. As far as legal clubs in Los Angeles are concerned, what else do we have that is doing sophisticated music programming in a forward-thinking way in keeping with the rest of the world, that’s not a massive club of a thousand people? It feels organically flamboyant, and it attracts flamboyance naturally.”

In the scant few months since its start, Sunset has established an open-minded music ethos with big-name DJs. Whether it’s James Murphy behind the decks or Soulwax, Guy Gerber or Bob Moses, Diplo to Samantha Ronson, Pete Tong to Bonobo, or Questlove to Q-Tip, DJs are encouraged to play what they like rather than what they’re known for, though they should always keep the disco balls in mind. And they’re welcome to pull from the collection Freeman has amassed for Sunset and use vinyl if they choose. 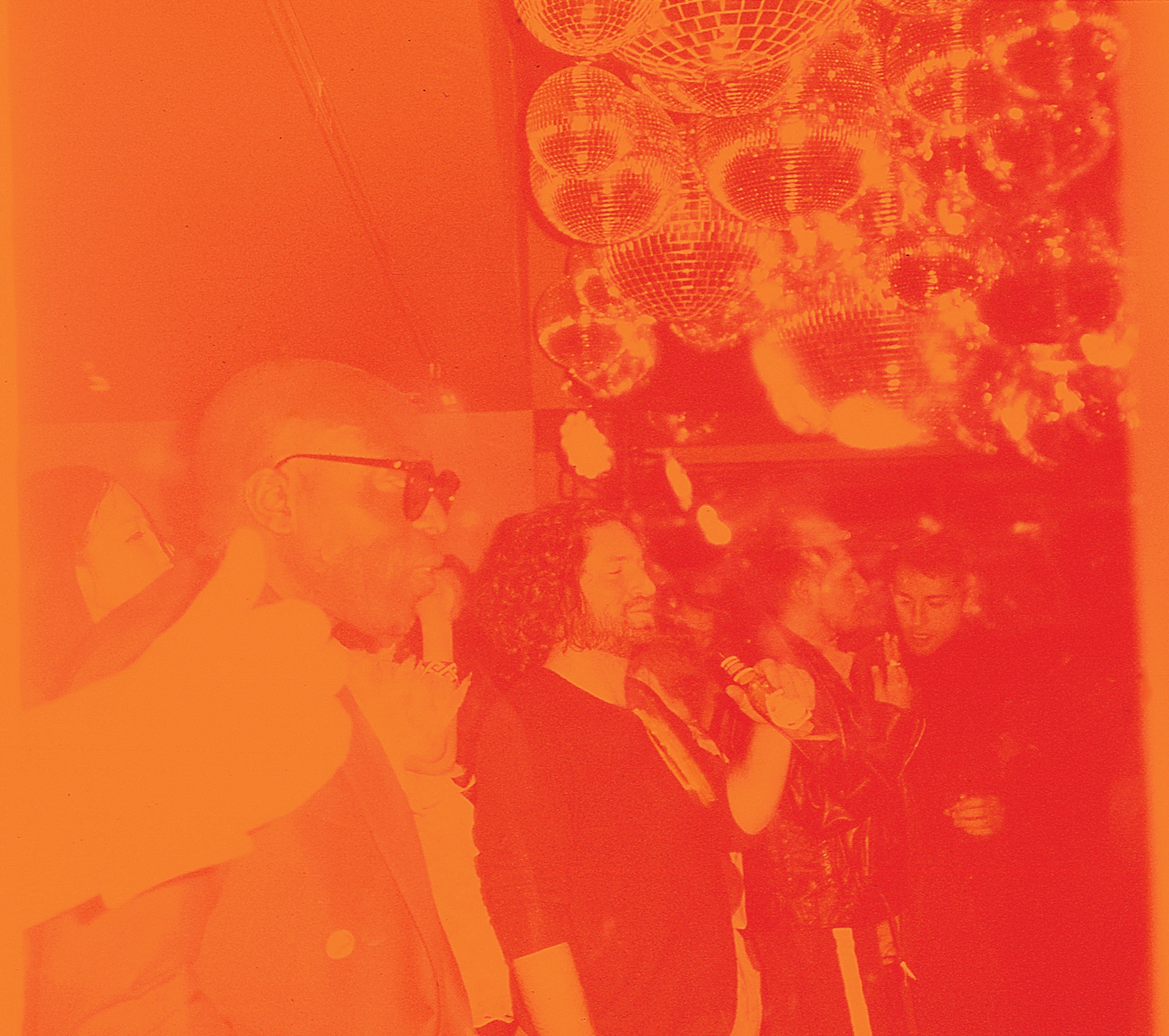 Perhaps the DJs who best tap into what Sunset is about, and who bring their razor-sharp knowledge and instinctive feel to the space, are the locals. LA has long had a bit of an inferiority complex when it comes to home-grown DJs, but Sunset has the opposite attitude, regularly booking from the city’s never-ending pool of talent and giving them a space to shine. Standard-bearers such as Marques Wyatt and Woman Collective, who in turn, bring in their own loyal following, which is constantly refreshing itself. Sunset is, after all, a word-of-mouth thing.

“I don’t always know who the DJ is going to be, but I know it will be good,” says Emma, a 20-something regular on Sunset’s dancefloor. “I can’t say that of anywhere else. Other clubs, you go for the specific DJ – whereas at Sunset, you’ll go regardless, because you know the music is just going to be good.”

Schrager describes Sunset as part of the Strip’s ‘third renaissance’, but more importantly, it’s a reminder of an element of disco that often seems to have been left behind in these deliberately egalitarian, ‘non-elitist’ times: the sprinkle of stardust that happens when clubs combine freedom with genuine glamour.