The sun sets early in Ghana, which means the balmy air in its capital city, Accra, is abuzz with the weekend’s possibilities by 6pm on a Friday evening, only countered by the slow traffic of the city’s seemingly never-ending rush hour.

Right now, it’s setting on the Nubuke Foundation, a concrete building with a façade that’s covered in countless multicoloured geometric swirls and zig-zags. Sitting quietly, away from the revellers gathering on its lawn, is Keyzuz, the masked DJ who’s pioneering the country’s electronic music scene, and is about to play a headline slot.

Keyzuz covers her face when she’s performing – not just to maintain her anonymity, but also to try to take her gender out of the equation. In 2016, she declined a Best Female DJ nomination from the Ghana DJ Awards on the grounds there shouldn’t be a separate category for women. 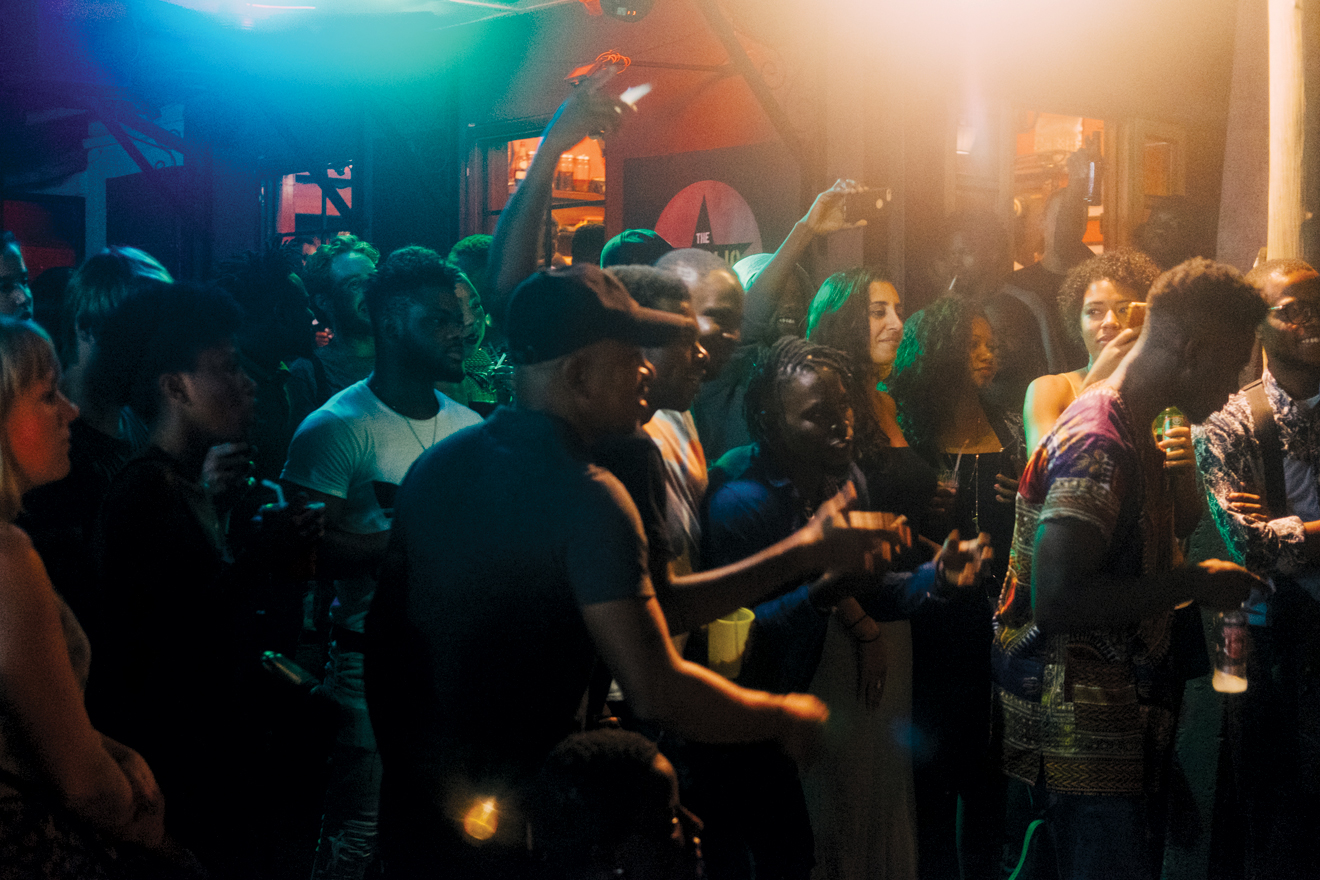 But what further sets Keyzuz apart from her peers is her passion for genres such as d’n’b, grime, dubstep and trap. This passion is why she started her own night, No Requests, at the city’s Elle Lokko Warehouse which, much like Nubuke, pulls in both tourists and the city’s art crowd. “Over here electronic music is alternative because it’s not the mainstream, so I found myself in the alternative spaces here,” she explains.

With chicken on the grill, yam chips in the fryer and the crowd sipping on watermelon vodka cocktails, tonight’s event is considerably more laidback. But 26 year-old Keyzuz explains that the rigid music policy dictated by mainstream radio means she avoids playing the city’s clubs. “I needed to be very conscious of the kind of gigs I took, because obviously if you take a party gig you have to please the people over here,” she says. “And the party hasn’t really started [for them] until you’re playing Afrobeats. For me, trying to break out of that was a way to keep myself interested as a DJ.”

A hardware aficionado, Keyzuz likes to merge bass with Middle Eastern samples and percussive African sounds within sets that often see her playing her own remixes. “I always thought of myself as something more than a DJ, so I wanted to find ways to incorporate different things that would bring out more of a live performance [vibe], as opposed to just playing music,” she says. Her approach makes even more sense after we’ve seen the night’s spoken word performances, as the mic is passed around the crowd for improvised bars courtesy of young members of the growing group of artists, architects and entrepreneurs and their friends, casually dressed in jeans, vests and t-shirts. 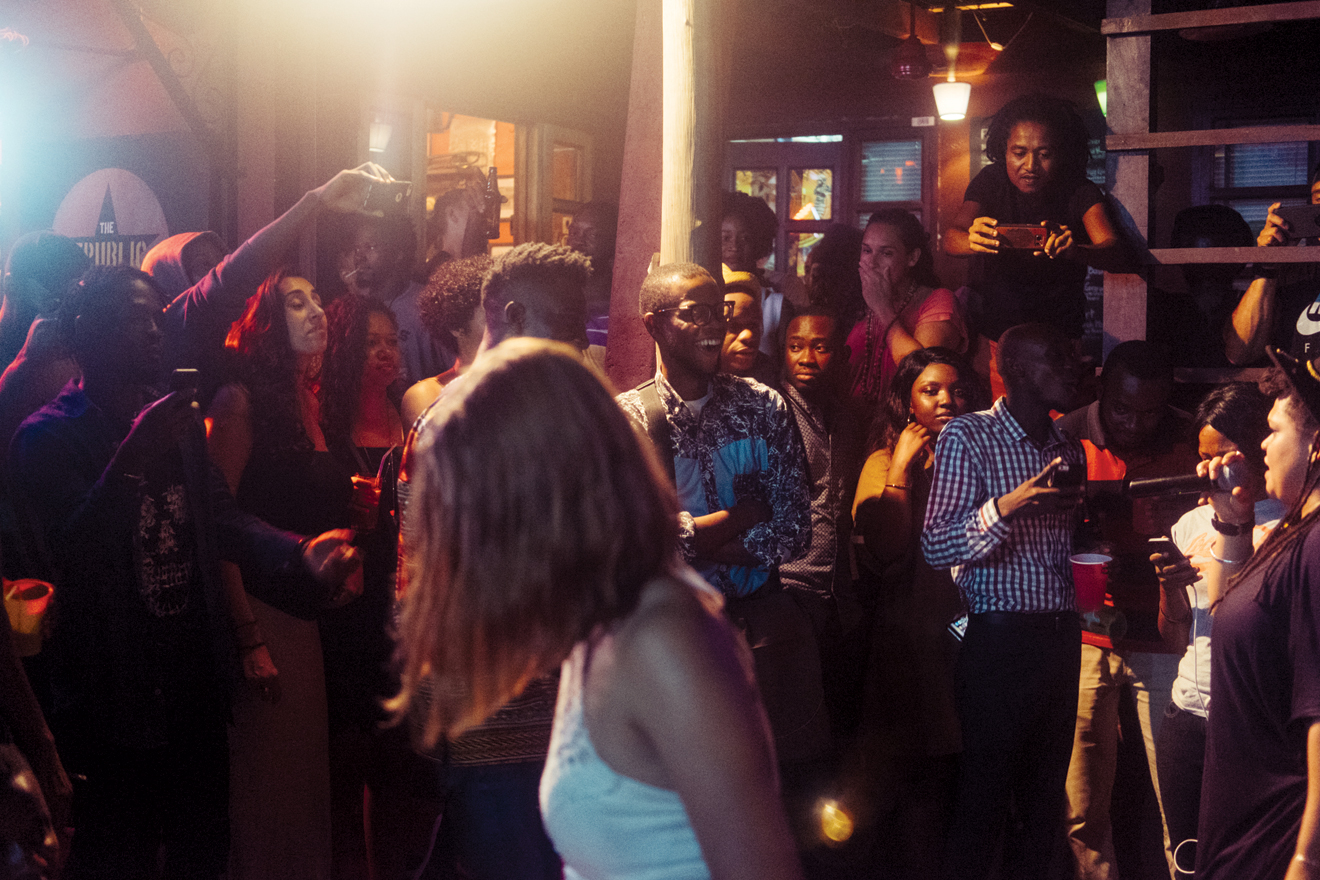 As tables and chairs are pushed aside to make room for a dancefloor, the Nubuke Foundation’s curator, Bianca Manu, introduces Keyzuz as “one of the best DJs in Ghana”, and the crowd falls silent in the same way a theatre audience would. It’s a somewhat formal start to a headline DJ set but Keyzuz seems entirely at ease, quickly hinting that there will be no genre concessions as she shows her knowledge of UK music with tracks by Swing Ting’s Fox and London producer JD Reid.

And while it takes a minute for an audience unfamiliar with the tracklist to warm up, her energetic performance soon shows why she’s such a regular fixture at the alternative music, video and art platform Accra dot Alt’s annual Chale Wote Street Art Festival, where she gets thousands hyped every year. “There’s not a culture [here] of going to see a DJ play,” she says, “so for the audience it’s been a gradual thing, but it’s interesting to see the growth of the audience with me as a DJ.” Let’s just hope the rise of DJ culture in Accra is quicker than the traffic.